Sharif Ssengendo and Benjamin Nazar scored late in the game as MUBS came from a goal down to edge Kyambogo University in the Nakawa derby, ahead of the second leg to be played at MUBS ground on October 11. 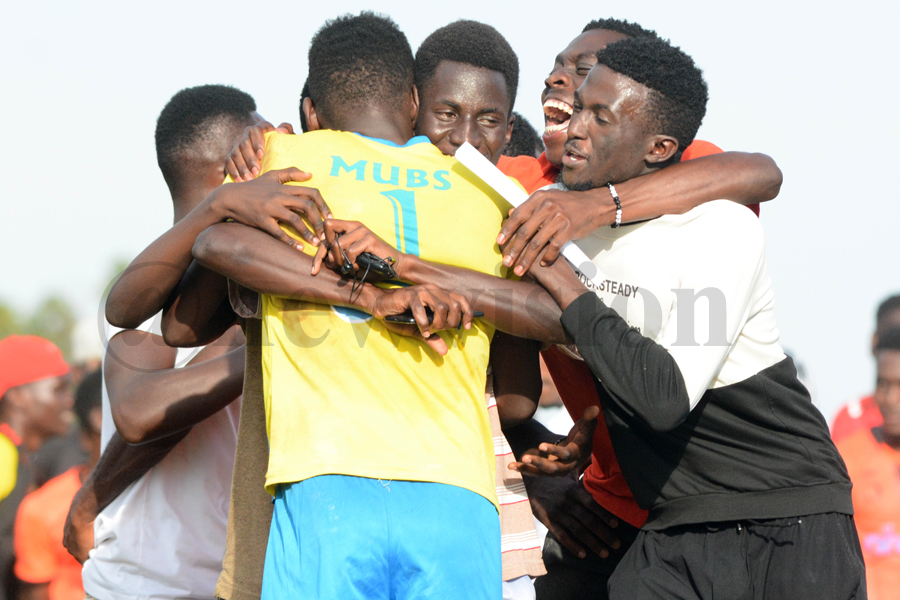 Ssengendo produced a man of the match performance equalizing for MUBS in the 86th minute and canceling out Joram Lakba's 44th-minute opener for the hosts, before setting up second-half substitute Nazar for the winner in stoppage time.

The victory meant that MUBS continued its unbeaten run against Kyambogo and as well it's 100% winning record this season. It was also the first time MUBS was winning at Kyambogo's territory having drawn the previous two times they have visited Banda. 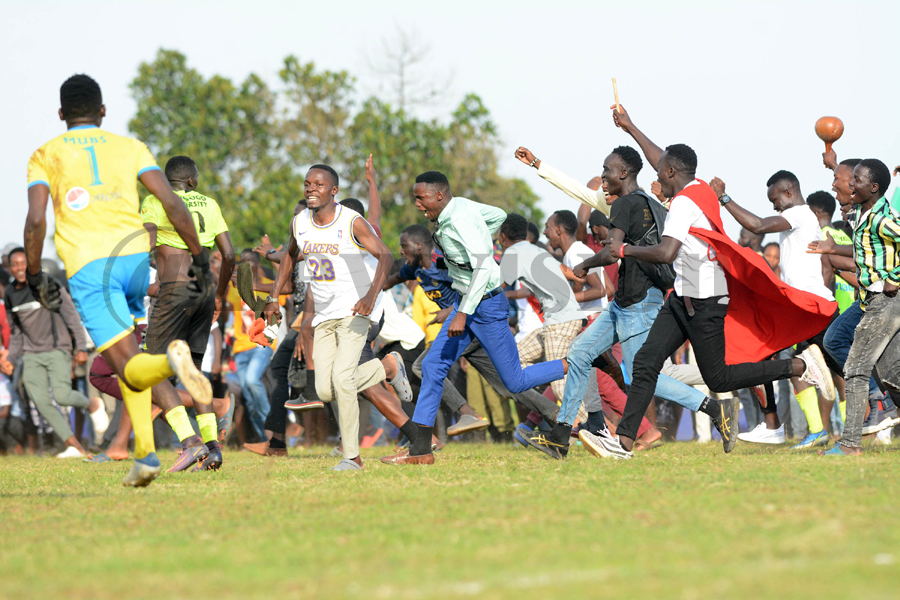 There were a few chances in the early exchanges with each defense clearing their lines well with Kyambogo neutralizing the exciting Abdul Nasser Ssegabwe and Anthony Lukuta.

Justin Odongo and Ssegabwe in particular sniffed at the hosts’ goal later on in the half as MUBS Sharif Ssengendo and Ssegabwe tried to boss the midfield and dictate play but it was Kyambogo that got the first best chance of scoring when Desmond Oluka’s set piece attempt was tipped over by MUBS goalkeeper Andrew Otyeng before kissing the crossbar.

But it was Kyambogo that got the opener against the run of play when Joram Lakea’s attempt found the back of the net, three minutes to the break. 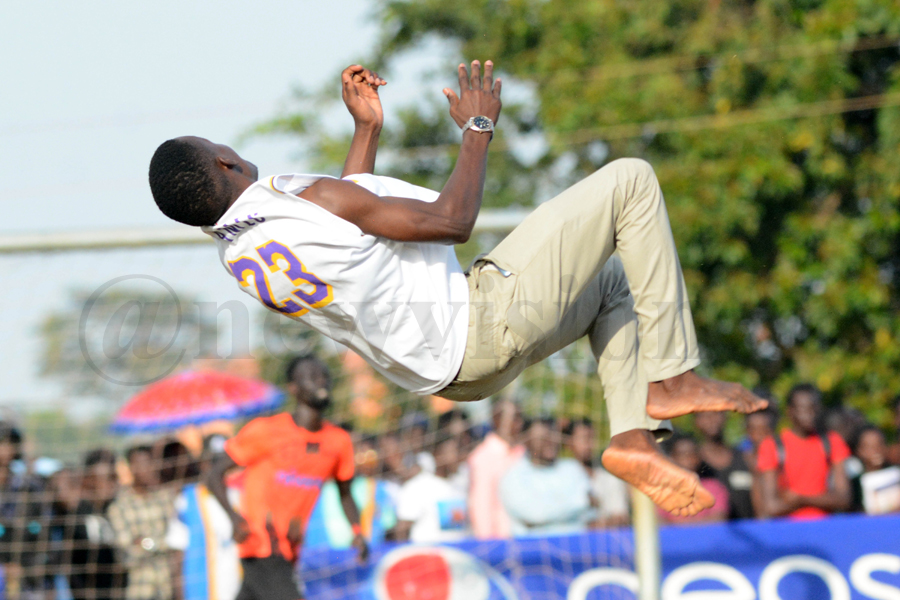 The second half belonged to Kyambogo who created several scoring opportunities after Brian Mbonimpa and Alimansi Bindole turned on the heat but Elisa Muwanga and Hudson Mbalire fluffed three opportunities between them to the disappointment of the capacity crowd.

MUBS also missed chances of their own through Justin Odongo but later got the equalizer through the man of the match Ssengendo who later set up second-half substitute Benjamin Nazar for the winner.
Kyambogo were left to rue their missed chances and will be hoping they carry their shooting boots in the return leg.

“I was confident of my team but we didn’t play well in the opening 80 minutes but we recovered to win the match after Nazar came on for Ssegabwe,” MUBS Coach Charles Ayiekho said post-match.

“We panicked earlier in the match but it is good we recovered and maintained our unbeaten run,” Ssengendo added.

Kyambogo’s Wilson Emorut said despite the loss they would take the fight to Nakawa because they are also a big team.