Nine out of the ten FUFA Women Super League Clubs have announced that they will not honour their league fixtures until the federation meets them to resolve their grievances that include image rights and kick-off times.

“With immediate effect, as nine FUFA Women Super League clubs, we shall not honour any fixture for 2022/2023 until we have had a meaningful dialogue with the Federation regarding match kickoff time and the image rights on FUFA TV,” Mathias Kakuru CEO of She Corporate said.

“We believe this dialogue shall help both parties to take the game of Women's football forward.” 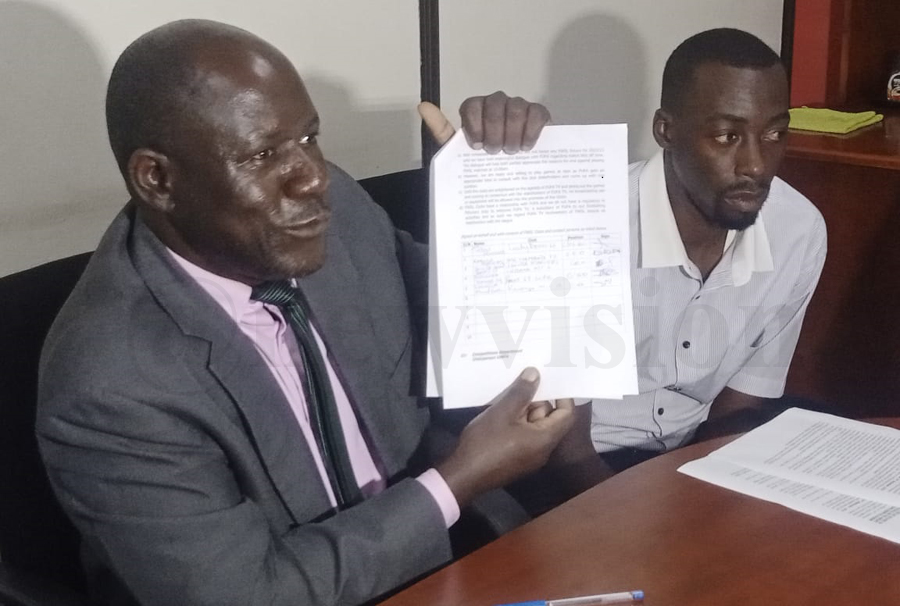 FUFA recently changed kickoff times for all games from 4 pm to 10:00 am and this did not go well with some of the clubs which also allege that FUFA TV which broadcasts their matches has never reached out to them to discuss how they can benefit from this arrangement which to them is exploitation and illegal to sell players' image rights without their consent.

“We understand the good of having these games live on TV and welcome the idea but we need to be involved, we want to know how we are going to benefit from it, these are image rights sold without our consent,” John Baptist Ssemujju of Uganda Martyrs High School Lubaga stated.

“No FUFA TV van or broadcast equipment shall be allowed into our premises on match days until this issue has been addressed.”

Ssemujju on their behalf also expressed their disgust with how FUFA continues to disrespect them to the extent of inviting them for a meeting via a WhatsApp group.

As if that wasn't enough, when they honoured the invitation and went to FUFA House Mengo, they were not attended to, but only to be delegated to someone who also didn't offer any solution to their demands.

“We also demand to be respected as stakeholders of the game, but the way the federation treated us when we went for the meeting that was arranged via a WhatsApp platform, needs to change,” he said.

When asked about the other CEOs that were not present, they said that were delayed by some activities but were in total agreement with everything in the petition, and by Thursday afternoon, they will have signed and be sent to the FUFA CEO.

“Apart from Kampala Queens which you all know belongs to the FUFA President Moses Magogo, us here and other CEOs are going to sign this petition and by Thursday afternoon, It will be delivered to the Federation,” John Baptist Ssemujju stated.

Masindi-based Lady Doves chairman, Julius Mugisa on the issue of the change of kickoff time, said that his club is funded by Christians and so are their fans who cannot forego Sunday and Saturday Church services to come and watch the morning games.