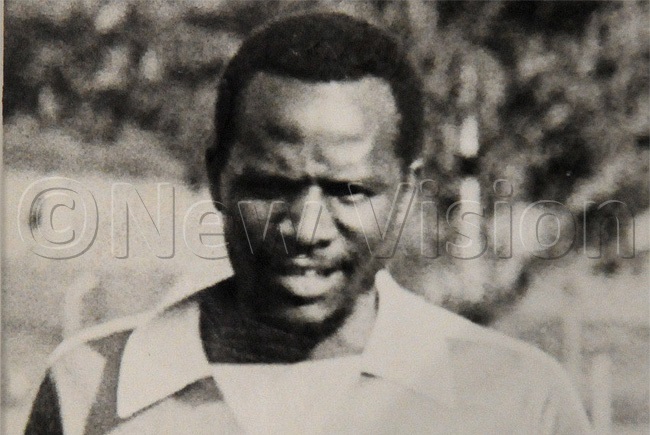 here
TOP Football STORY
a year ago .
Footballers should be honest, Kirunda once said
"I remember in our days, we had a jolly coach called Peter Okee. Rather than tense us up, he used to tell us to enjoy ourselves," said former Cranes captain Jimmy Kirunda (RIP).


In 2019, when New Vision's senior sports journalist James Bakama put together Uganda Cranes XI of all time, his description of now fallen legendary Cranes skipper Jimmy Kirunda summed up pretty well the talent and leader that he was.

"Like German legend Franz Beckenbauer, Kirunda was for long the dynamo that propelled the Cranes. Besides his superb defensive abilities, the towering player was also outstanding in the attack. His runs deep into the opponents' area created scoring chances. No wonder he was regularly on the score sheet.

"Is it, therefore, surprising that in 1978, when he played as a center forward, he was the league topscorer with 32 goals? His leadership skills saw become Uganda Cranes' longest-serving skipper, a role he also had with then KCC."

If you are not so keen on Ugandan football, or its history for that matter, that brief description by Bakama should be enough to give you an idea of just what a talismanic player Kirunda was.

And such are the qualities that will remain emblazoned in our memories every time we think about a man who, although no longer physically with us, will forever hold a special place in our football-addicted hearts. 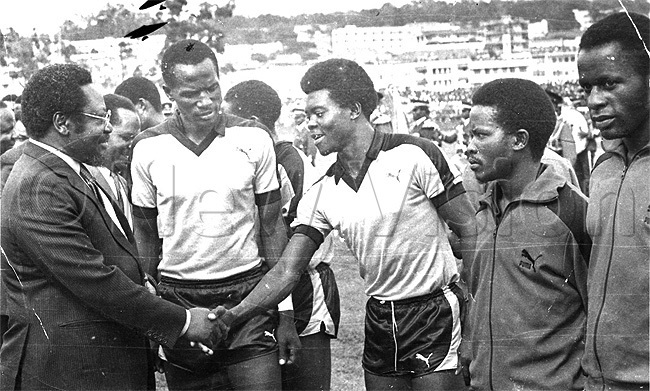 Tributes continue to flow for the former Uganda Cranes captain, who marshalled Uganda to a first - and still only - final appearance at the Africa Cup of Nations, when the Cranes faced off with Ghana for the top honours, and eventually finishing second-best - losing 1-2 to the Black Stars.

The Legend is gone. Sad times for the football fraternity.
Former @UgandaCranes Captain Jimmy Kirunda has passed on.
He collapsed dead at Bwaise near Hotel La Grande.#RIPLegend pic.twitter.com/JSqpugRUin 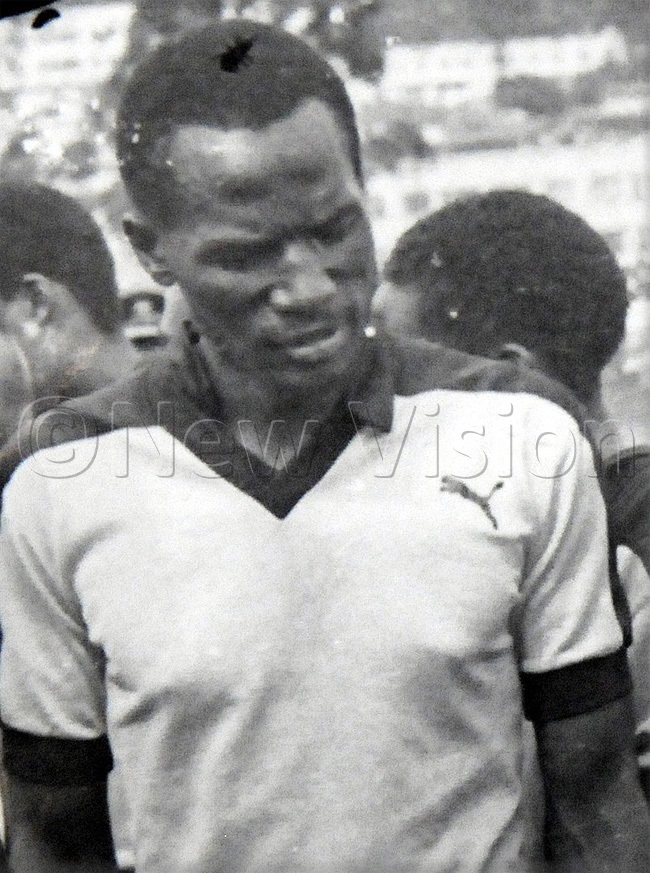 In September 2011, when Uganda was only a couple of weeks away from hosting neighbours Kenya for a return leg of the 2012 Africa Cup of Nations qualifiers, Kirunda was kind enough to translate his vast experience and counsel into an insightful column in the New Vision about the upcoming East African derby.

The duel featured in Group J, which also had eventual leaders Angola and Guinea-Bissau. The first leg had ended 0-0 at Kasarani Stadium in the Kenyan capital Nairobi. Victory in the return leg was a must if then-Cranes head coach  Bobby Williamson's team was to go through at the expense of closest group challengers Angola.

Qualification to the finals would be the first time that a Cranes team made it to that stage since Kirunda's 1978 team. And the former Cranes captain provided his full backing and guidance for the team through his column.

"Matches like this can be tense. Matters are also not helped by the fact that our opponents this time are Kenya," he started off, and dug right into it.

Our rivalry stretches far back to the fifties. Even during our days our encounters with Harambee Stars were always tense. One of the last ones in which I was captain, we lost to them in a CECAFA Cup final in at Nakivubo in 1982.

My advice to the team, for starters, would be to call for calm.

Mistakes are usually a result of tension. The trick is to treat the match like any of the other games we have won.

If we are focused and composed, then we should be able to sail over Kenya like we have done on many occasions in recent years.

I remember in our days, we had a jolly coach called Peter Okee. Rather than tense us up, he used to tell us to enjoy ourselves. This approach and attitude indeed always paid great dividends. Our success in 1978 was partly because of this morale boosting act.

I would love to see a focused team right from training today. Things like teamwork should not wait for match day. 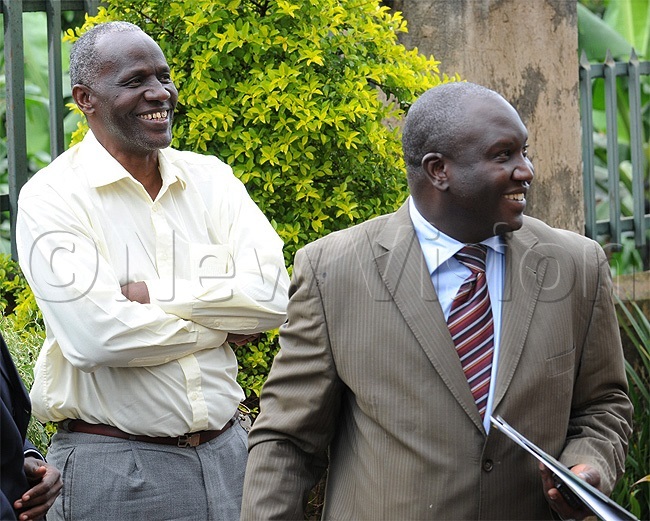 The players should start gelling right away.

Players should be open. If a player is, for instance, not tall enough to head, he should be open with his teammates and reveal his weakness so that someone else covers him.

If someone is slow in falling back, there should instantly be someone to cover him.

Such co-operation should be in all departments. Football is only complicated by these theories called systems. What is most important are simple things like passing a ball at the right time or dribbling when you should.

The most important thing is that no player is bigger than the team. All players should work as a unit for the good of the team and ultimately the nation.

One thing I like about our preparations is that we have a very able coach. I remember a previous coach who would fear the matches more than the players.

Bobby [Williamson] is not that kind. Like Okee, he is very good at motivating his troops. He shows them that they can do it, and on many occasions they have not let him down.

My prayer is that the players again take heed to whatever he has to say.

I am sure he has by now developed a strategy based on not only the players he will have, but also the kind of opposition we are about to face. That's why I stress the coach's instructions should be followed. It is also important that the team plays to the right whistle.

This should be inculcated right from training. Match day can be chaotic with all kinds of characters in the big crowd blowing their own whistles.

That's how he ended his column that time.

Uganda and Kenya went on to play out a goalless draw at Namboole Stadium on October 8, on the eve of Independence Day anniversary.

Many Ugandans had hoped to celebrate victory all the way into October 9, but we had come up short - again. With Angola beating Guinea-Bissau 2-0 the same day, it meant that Uganda had to settle for second spot and Angola sailing through automatically.

The two best runners-up from Groups A-J would also qualify for the finals. As it turned out, Uganda was not one of them.

The wait to get back to the stage that Kirunda and co had enjoyed decades before continued, with the Uganda Cranes eventually breaking the jinx on September 4, 2016.


In the picture below, KCC FC legends Jimmy Kirunda (left) and Tom Lwanga speaking during the club's annual awards at Lugogo in 2016. 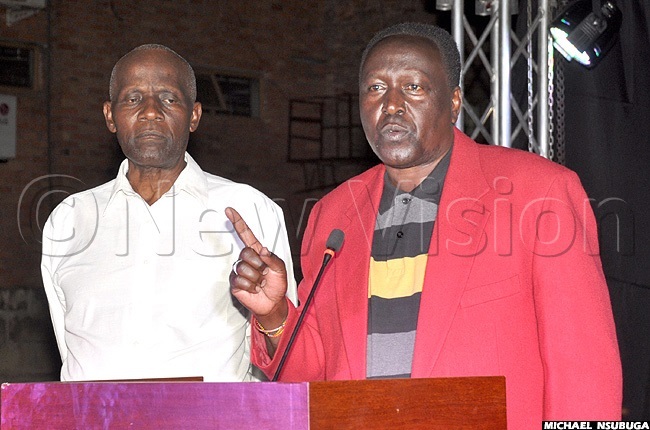 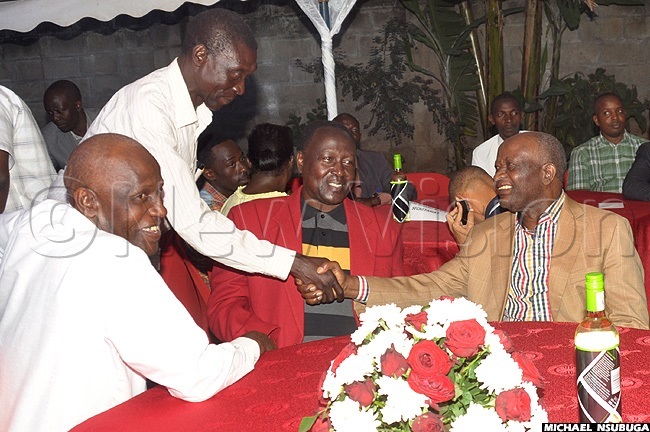