The American sprinter swept over the finish line in a world-leading 9.76sec to claim his first major outdoor championship gold medal.

DOHA - Christian Coleman stormed to victory in the 100 metres at the World Championships in Doha on Saturday, emphatically shrugging off the missed drug test controversy which had threatened to derail his career.

The 23-year-old American, who escaped a doping ban earlier this month on a technicality, swept over the finish line in a world-leading 9.76sec to claim his first major outdoor championship gold medal. 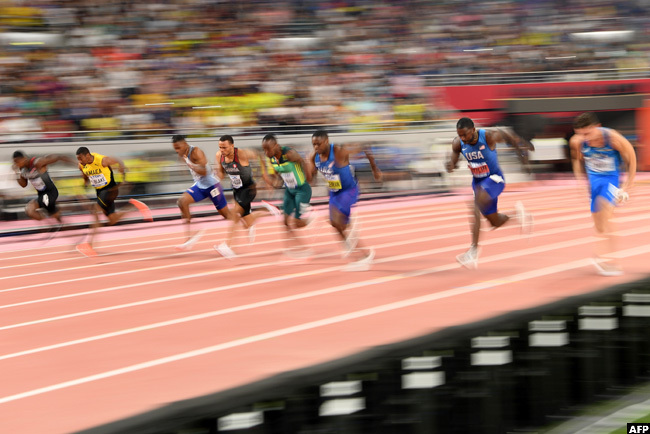 The best of the best raced on Saturday 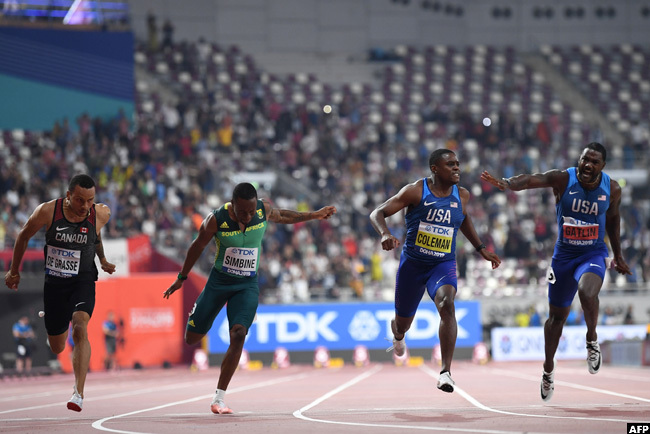 It completed a flawless championship campaign for Coleman, who had been the only man to duck under 10 seconds in both Friday's opening rounds and Saturday's semi-finals.

Coleman's victory was never in doubt, the stocky 2017 World Championship silver medallist exploding out of the blocks to take the lead over the opening 20 metres.

Coleman let out a roar of triumph as he crossed the line before punching the air in jubilation. 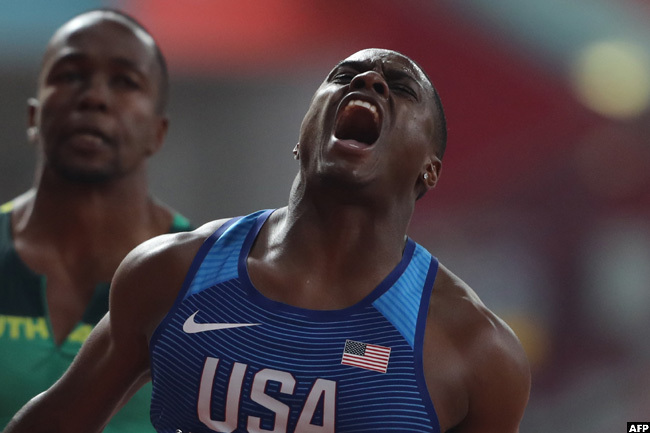 The victory was the culmination of a rollercoaster season for Coleman, whose participation in the championships had been in doubt until only a few weeks ago.

Coleman, who has strongly denied ever using performance-enhancing drugs, was left facing a lengthy suspension in August after it emerged he had registered three drug-testing "whereabouts" failures in a 12-month period.

The violation is regarded as equivalent to a failed drug test and often followed by a ban of up to two years.

Yet Coleman avoided a sanction when the case against him was dropped in early September because of a technicality. 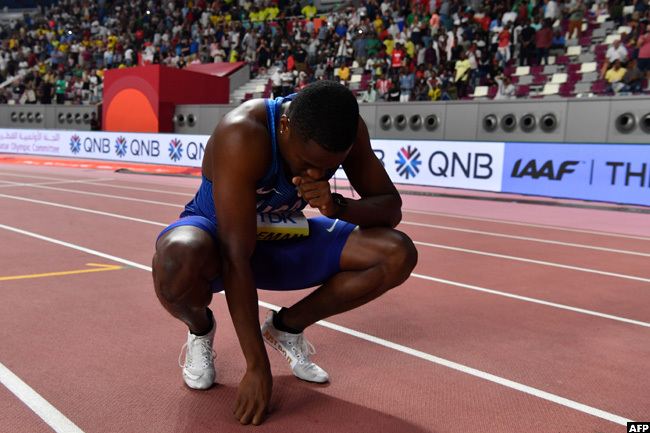 Coleman couldn't be faulted for being emotional after his huge win

Coleman had recorded his first whereabouts failure on June 6 last year, before two more offences in January 16 and April 26 this year.

However the United States Anti-Doping Agency (USADA) abruptly withdrew the charges on September 2 after a review of the rules regarding how the 12-month window should be calculated.

Under an obscure regulation in the International Standard for Testing and Investigations (ISTI) guidelines, Coleman's first missed case in June last year should have been backdated to the first day of that quarter, April 1, 2018.

That meant the dates of the three offences fell outside the required 12-month time-frame for a doping offence to have occurred -- leaving Coleman in the clear and free to compete in Doha.

US sprinter Christian Coleman blasted to the 100 metres title at the World Championships in Doha on Saturday, outclassing the field in a personal best of 9.76 sec.

Coleman, who before the championships avoided a lengthy ban for missing doping tests, was followed over the line by reigning champion Justin Gatlin and Andre De Grasse.