DOHA - Uganda's Winnie Nanyondo and Halimah Nakaayi both ran under two minutes in the women's 800m semi-final heats to advance to the final on the second day of the IAAF World Athletics Championships in Doha, Qatar.

Nanyondo, who raced in Heat 1, sliced a second off her opening day production to clock 1:59.75 as Nakaayi produced her season's best with her 1:59.35 finish time - the best across all the three heats of the semi-final round.

The two Ugandans and Raevyn Rogers of the USA (1:59.57) are the only finalists who crossed the finish line with a sub-two-minute time.

They will be joined by five other racers in Monday's final, which will take place at 10.10pm Ugandan time. 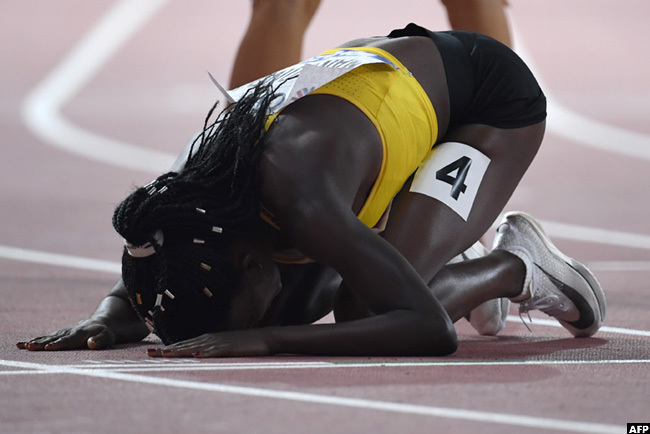 (UPDATED at 9:50pm): Meanwhile, three Ugandans took part in the women's 10,000m final, which is 25 laps of the Khalifa International Stadium track.

The race was won by Sifan Hassan, who took gold, ahead of Ethiopia's Letesenbet Gidey (silver) and Kenya's Agnes Jebet Tirop (bronze). 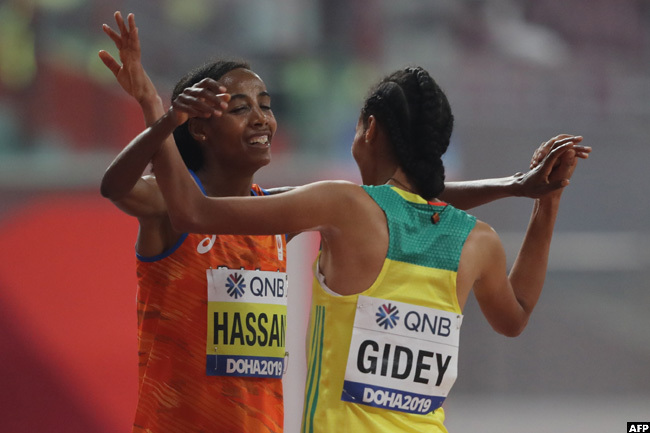 This time around, Uganda sent its biggest group ever of athletes (22) for the championships in Doha. The team includes 2019 Diamond League winner Joshua Cheptegei and former Olympic champion Stephen Kiprotich.

It was a mixed start for Team Uganda on the opening day of the competition on Friday. While Nanyondo, Nakaayi and Peruth Chemutai (women's 3,000m steeplechase) breezed through their respective races, the same could not be said of the men of the day.