KAMPALA - University students from different institutions including Makerere, Kyambogo and Mbarara university have Thursday staged a protest at the main gate of Parliament over skyrocketing commodity prices in Uganda.

The group that was intercepted and arrested by Uganda Police said they were demonstrating over increase in prices of commodities and school tuition.

A petition they had come with to present to the Speaker of Parliament was received by Mityana MP Francis Zaake.

However, there was some commotion as police loaded the students onto a waiting truck en route to the Central Police Station.

Below are highlights in pictures taken by Miriam Namutebi; 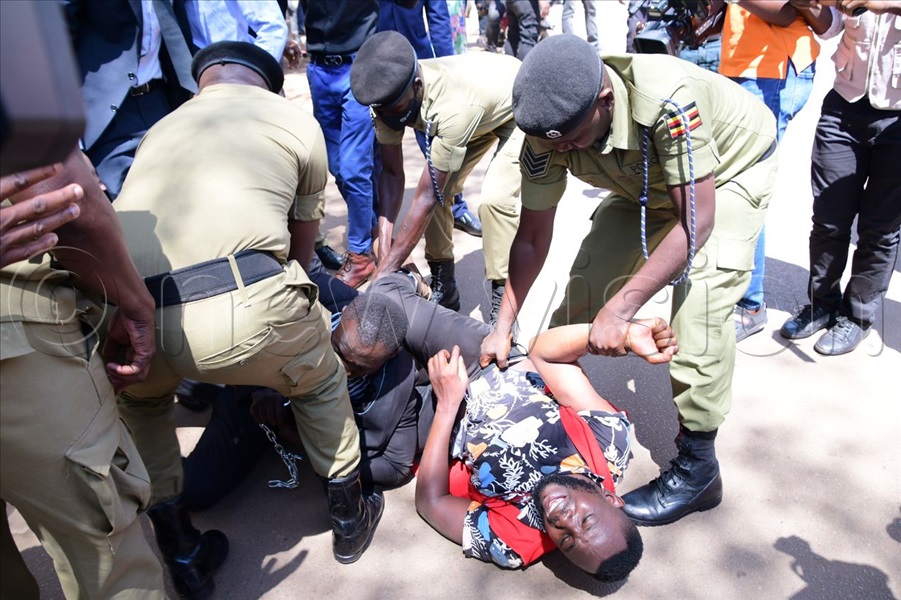 Police were forced to arrest students accusing them of staging unlawful protests. (All Photos by Miriam Namutebi) 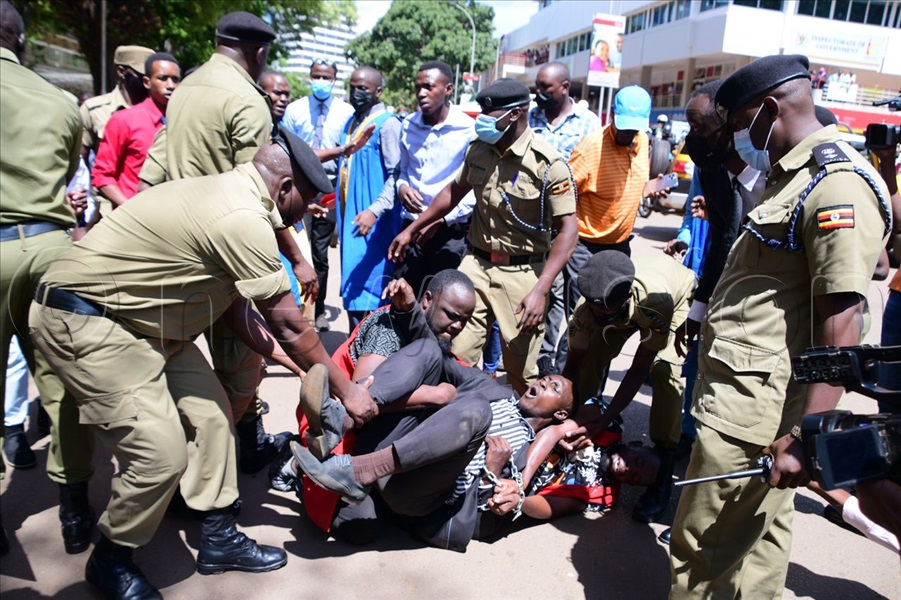 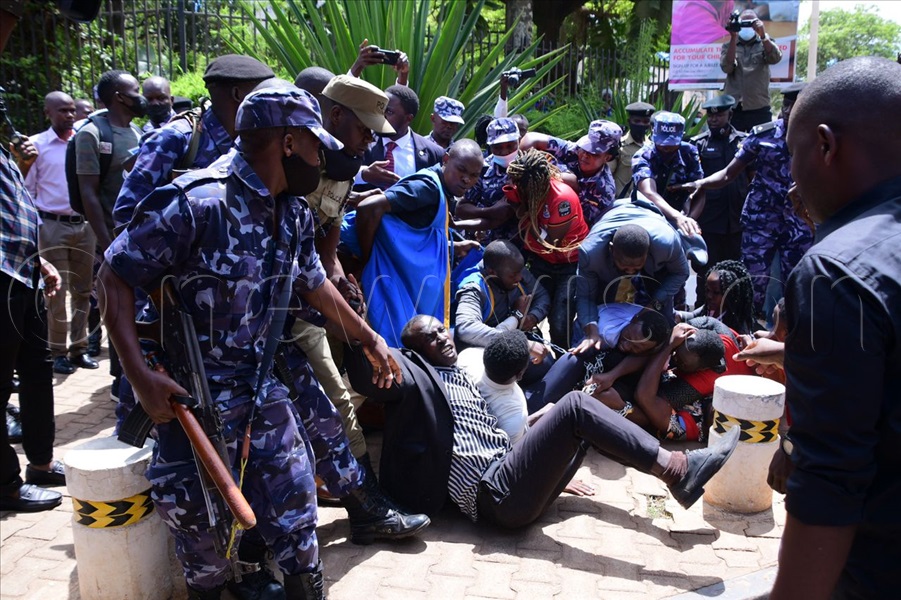 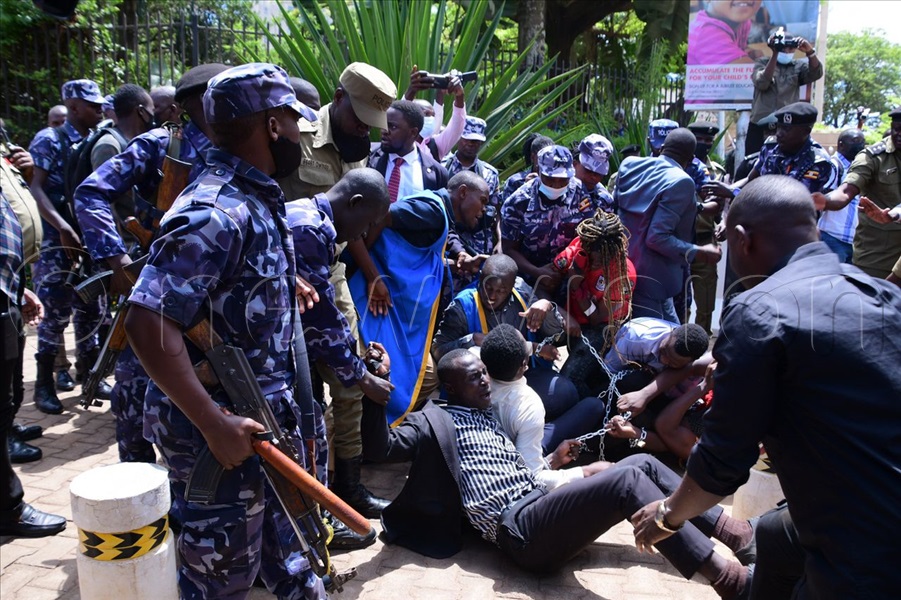 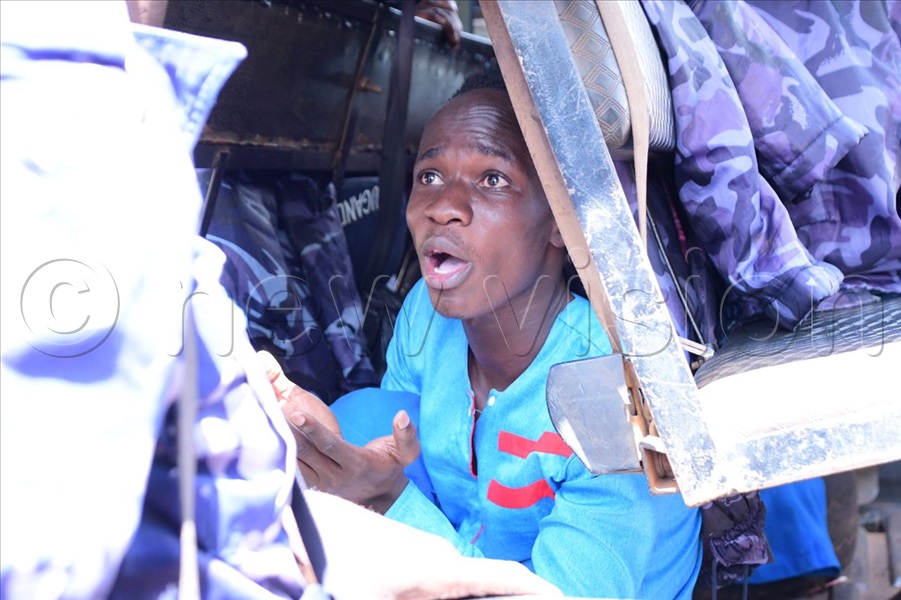 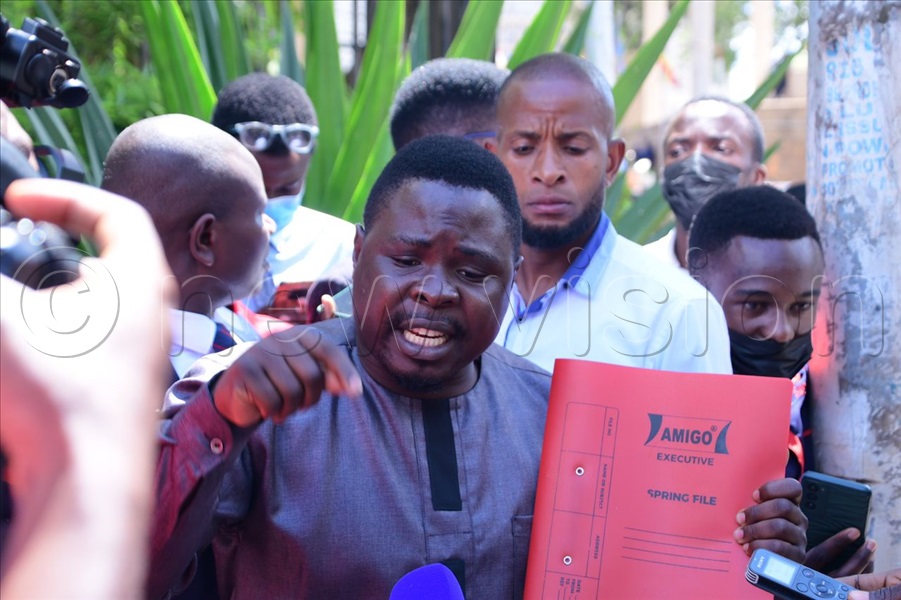 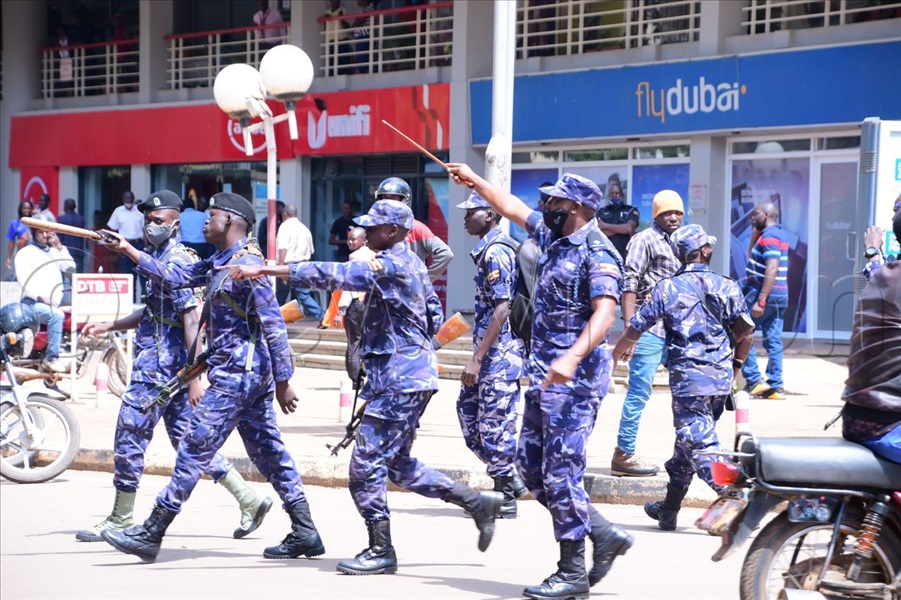 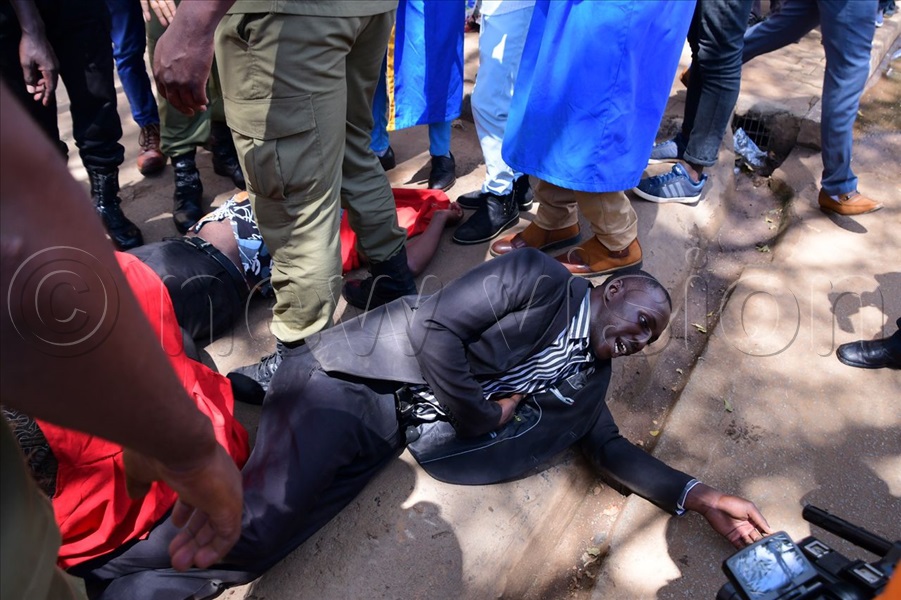 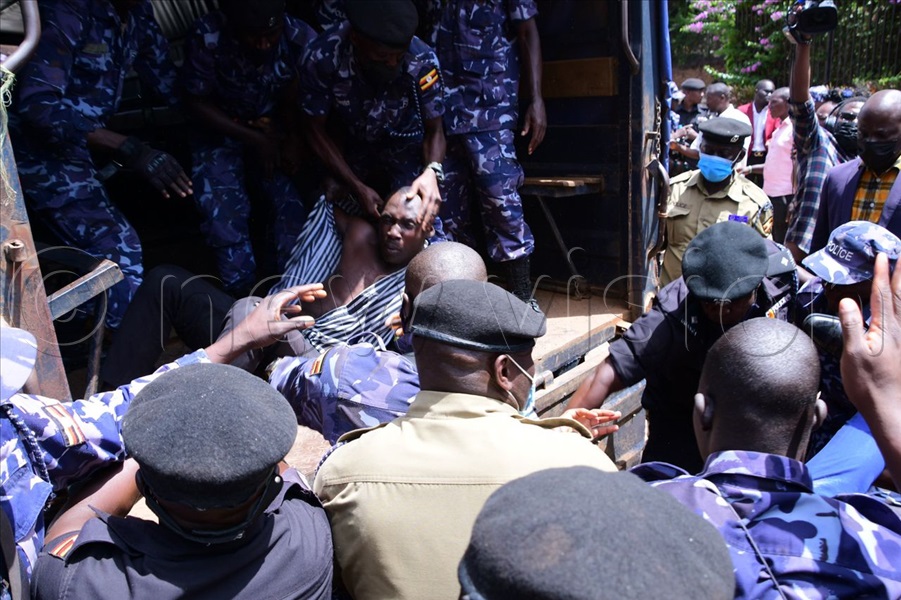 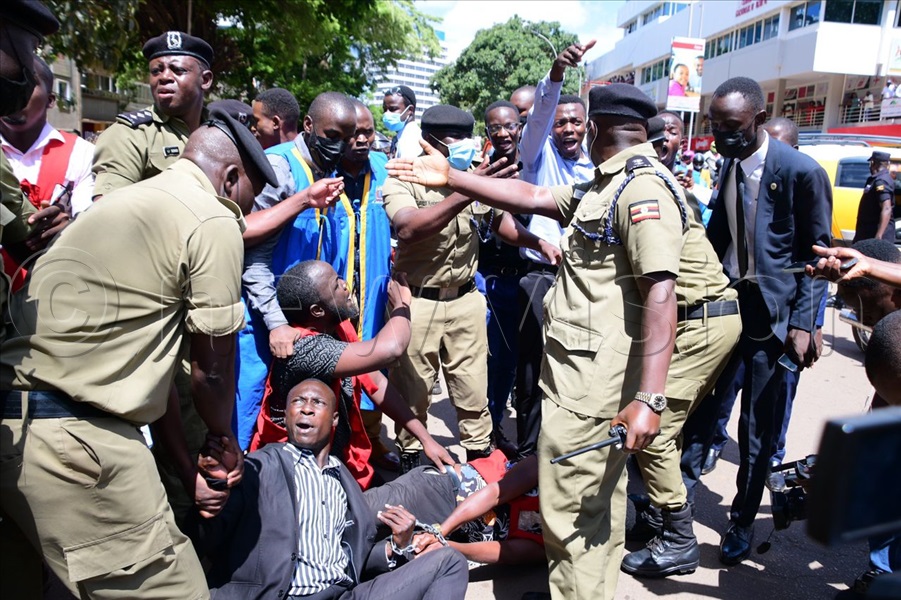 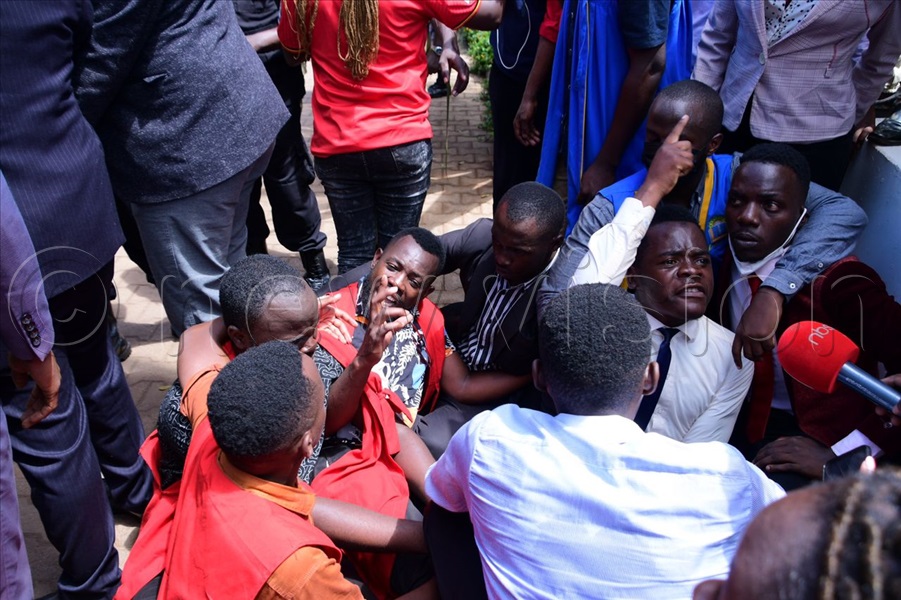