Following the twin bombings that claimed the lives of seven people including three suicide bombers, and injured 37 others, Muslims under the Uganda Muslims Youth Development Forum (UMYDF) have called for unity amongst Ugandans despite the political affiliation, religion and tribe among others.

UMYDF senior program manager Laila Zubir said despite the recent terrorist acts in the country, the Muslim community condemns them and will continue standing with the people of Uganda.

She said it is time for communities and security actors to collaboratively work on building individual and community resilience to recruitment into violent extremism through enhancing vigilance.

“The government might have the manpower but it is high time communities and the Police stand together and end the acts of terrorism,” she said.

Zubir said some of the terrorists might be Muslims but according to Prophet Muhammad’s teachings, he always advocated for peace and love.

Last week, the Minister for Information, Communications, and Technology (ICT) came out and cleared the air stating that the government has not condemned Muslims and has nothing against them.

“When security comes, they don't ask you about your faith. It just so happens that the suspects have Muslim names,” minister Chris Baryomunsi said.

President Yoweri Museveni said ADF that is affiliated with Islamic State (IS) was behind the separate attacks that rocked Kampala.

Zubir also said they are going to continue to condemn the acts of terrorism as they move into various suburbs of the Kampala Metropolitan Area.

She made the remarks on Saturday during a community awareness drive in Kazo-Angola, a suburb in Kawempe division.

During the drive, the group accompanied by local leaders armed with a megaphone went to markets, business centres, mosques, and churches among others. 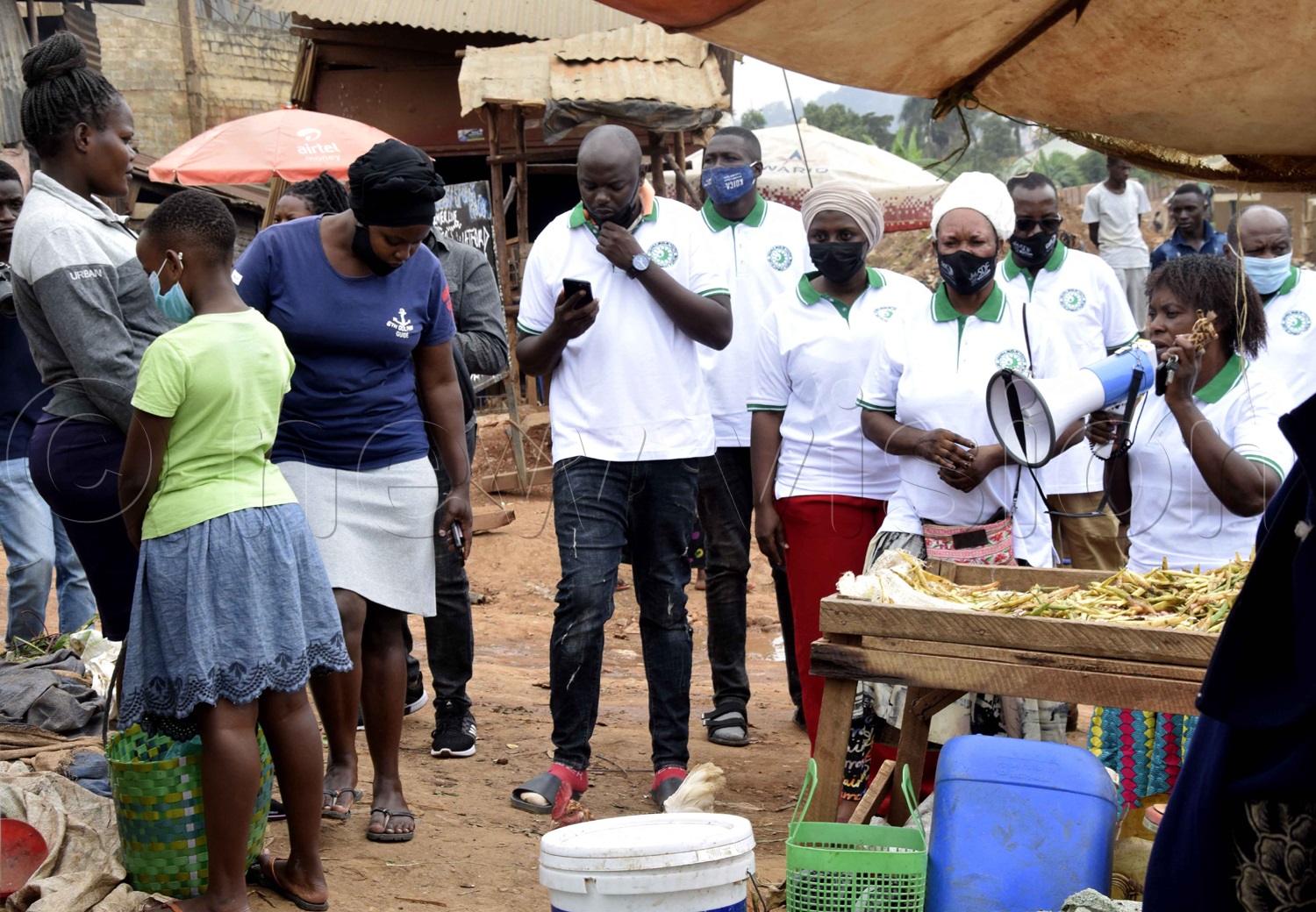 The group also painted a mural on a school wall that advocated for unity.

Jeremiah Jemba the director of Noble Care Primary School Stanley said the country is living in fear and every person needs to be vigilant at all times.

“Security begins with you as an Individual and how are you protecting yourself and the people around you,” Jemba asked?

He added that the public shouldn’t just take things for granted because what you might not think to be a bomb might turn out to be one.

Jemba urged landlords to take note of the people that are renting their units because they might turn out to be criminals on the run.

“If you have a new tenant, please take that person first to the local authorities for security purposes and if not, make sure that he has a letter from his former LC1 leader with a stamp on it,” Jemba said.

He advised parents to start minding the movements of their children.

“Some children have a tendency of looking for scrap so that they can earn money out of it. This scrap metal they might pick might turn out to be a bomb,” he said.

Jemba also called for unity among the Ugandans stating that through unity, we shall be in a position to fight and end the acts of terrorism.

Jessica Nalumansi the head of information in Kazo-Angola urged the residents to also be vigilant and in case of suspicions about any person or item that has been dumped in the community, they should run to the LC1 or the nearby Police station.

She said they have introduced village identification cards for every person and every landlord has to present his or her new tenant to the local council with their documents before they are housed.