We found him: Desperate helpless boy found in Kamwokya

Following a story published on the New Vision online platform announcing a missing child, we are delighted to inform you that 12-year-old Abdu Karim Kiryowa has been found by a good Samaritan in Kamwokya.

Kiryowa had been a regular sight on the streets of Mpererwe trading centre, the junction that goes to Kitezi town. He does not remember his parents' names, their whereabouts nor the village where he hails. 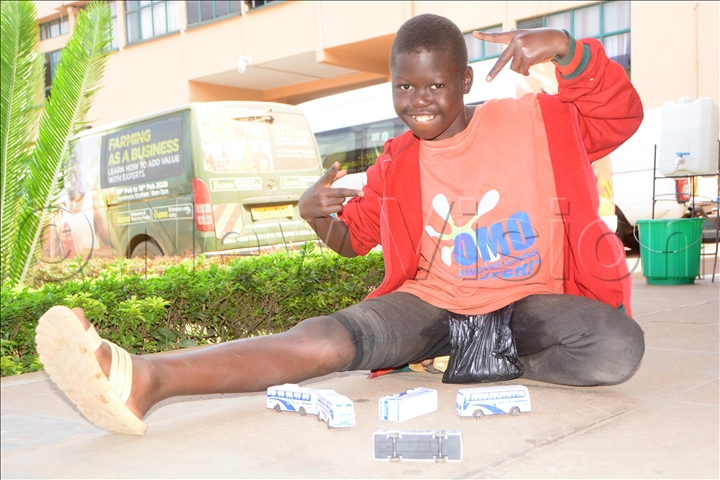 However, New Vision understands that Kiryowa was knocked down by a speeding bodaboda cyclist shortly after talking to New Vision online. He was crossing the road to buy something to eat, eyewitnesses said. 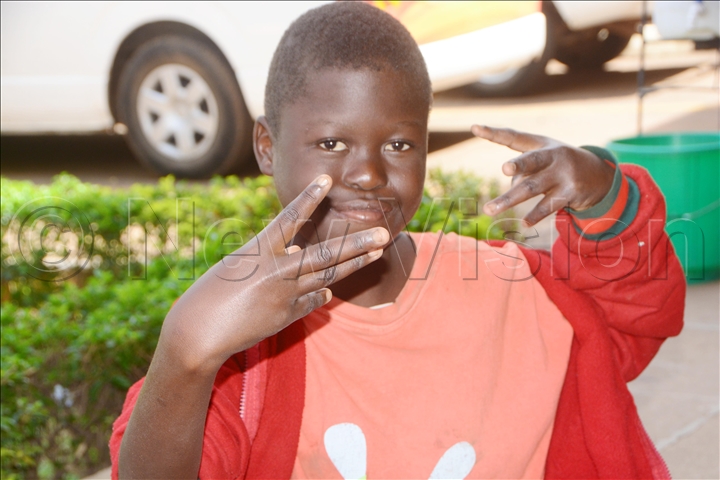 Residents of Kamwokya were shocked to see a new face in their area.

Kiryowa spent the hot day playing with his toys, as passersby dropped a coin or two, and snacks at the disposal of the minor whom they believed had been abandoned.

With everyone going about their business until dusk, Kiryowa was left in the cold on the verandah of a clinic in Kamwokya. 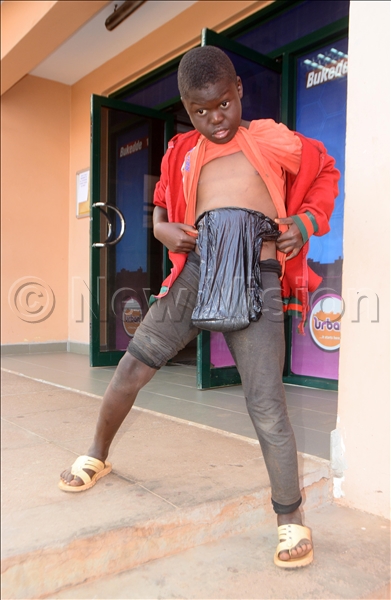 Close to the clinic are apartments that were like a northern star that would point to the direction of his rescue.

In one of the apartments is a tenant, Aisha Nassuna, whose children saw the desperate child sleeping on the verandah, at around 10:00 pm.

On seeing Kiryowa, the children then informed their mother that the boy, who was playing alone, in their area during the day, was sleeping outside.

At around the same time, Agataliko Nfufu, a Luganda news bulletin on our sister media, Bukedde TV, was airing.

In one of the bulletins, Bukedde TV aired the picture of Kiryowa, giving details about his ailment, and asked the public to please call in, in case anyone knew of his whereabouts. 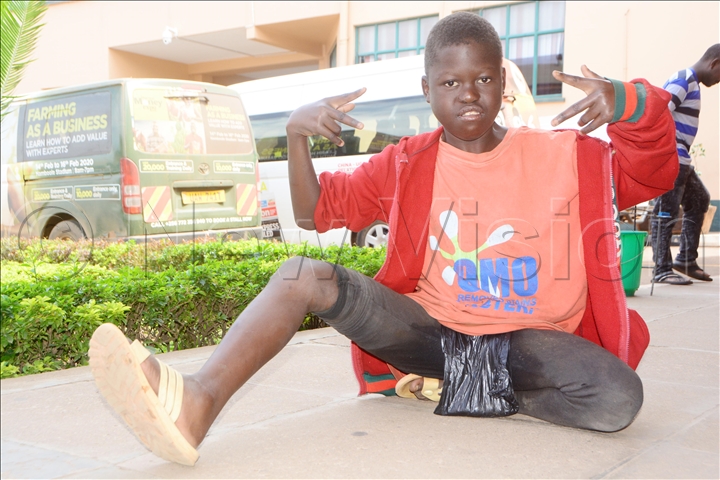 It is then that Nassuna called in, informing Bukedde Tv of the child's whereabouts, and asked that he be picked in the morning on Saturday since he had found where to spend the night.

"I thought that I should take the boy to the police station, but it was already past curfew and I feared being arrested in the process," said Nassuna.

Nassuna then asked the owner of the clinic to provide shelter to the desperate child, informing her that he would be picked up in the morning by New Vision. 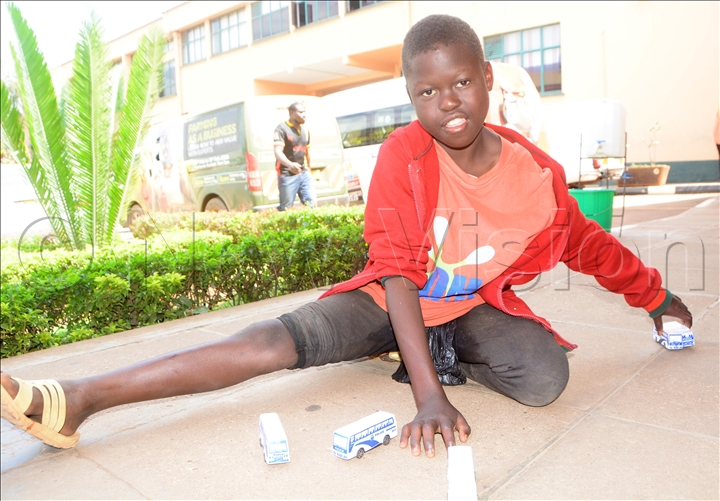 Katumwa who turned up at the scene in the morning drove Kiryowa to our offices in the industrial area. 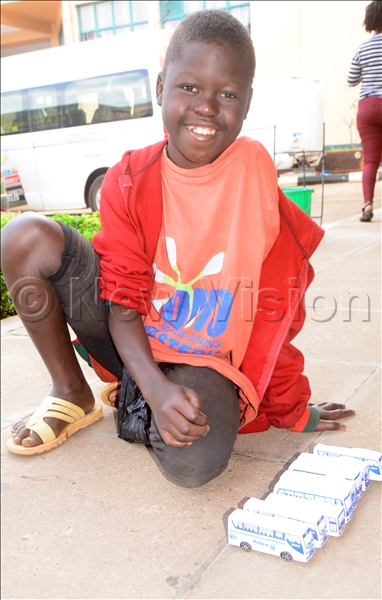 IN CASE YOU MISSED THE BACKGROUND

Every evening when everyone is rushing to reach their homes to beat the 7pm curfew, that is the time when 12-year-old Abdu Karim Kiryowa, also comes to the streets to sleep. The street is his home.

Kiryowa is a regular sight on the streets of Mpererwe trading centre, the junction that goes to Kitezi town. Where he sleeps might look risk and dangerous, but it is his home. He has spent a month without knowing how it feels, having a roof over his head.

Found in the glaring midday sun playing with dirty tins, when you meet the youngster for the first time, he appears like any other street child in good health, but he suffers from a serious health condition.

"I pass stool through the opening created on my stomach and I sleep here," he said as he pulled his dirty shirt up to show us the opening. 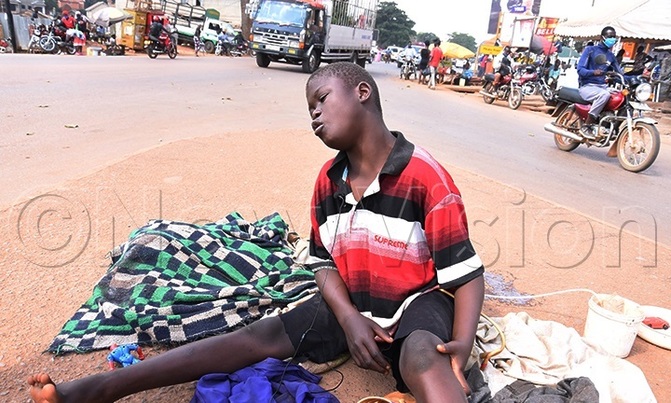 There is heavy sadness in his voice when he narrates how he spends the day and cold nights on the streets.

"I am lucky policemen do not chase me on the street, I sleep in a polythene bag when people give me money, I buy food," Kiryowa said.

Kiryowa has nowhere to go, he has no clothes, he does not bath and when the black polythene bag that stores the stool gets full, he throws it anywhere.

"When it gets full, I just throw it anywhere because most of the toilets are for paying," he said.

According to market vendors, Kiryowa has been on the street for the last month. He has no mother nor father.

"All children deserve love and care from those around them. We do not know where that boy came from, but we are calling upon well-wishers to help him get treatment and where to stay," said Janet Nampeera.

Rebecca Nassiwa, the chairperson of Kasule market, said that she has been giving him tea but she also does not know where the boy came from.

"At first, we thought he had run out of the hospital or maybe someone used to drop him in the morning but for the last two weeks, that boy has been sleeping on the streets when it rains he goes and sleeps on the verandahs vacated by traders. He is in pain, but we cannot help him. Any well-wisher should come and help," said Nassiwa. 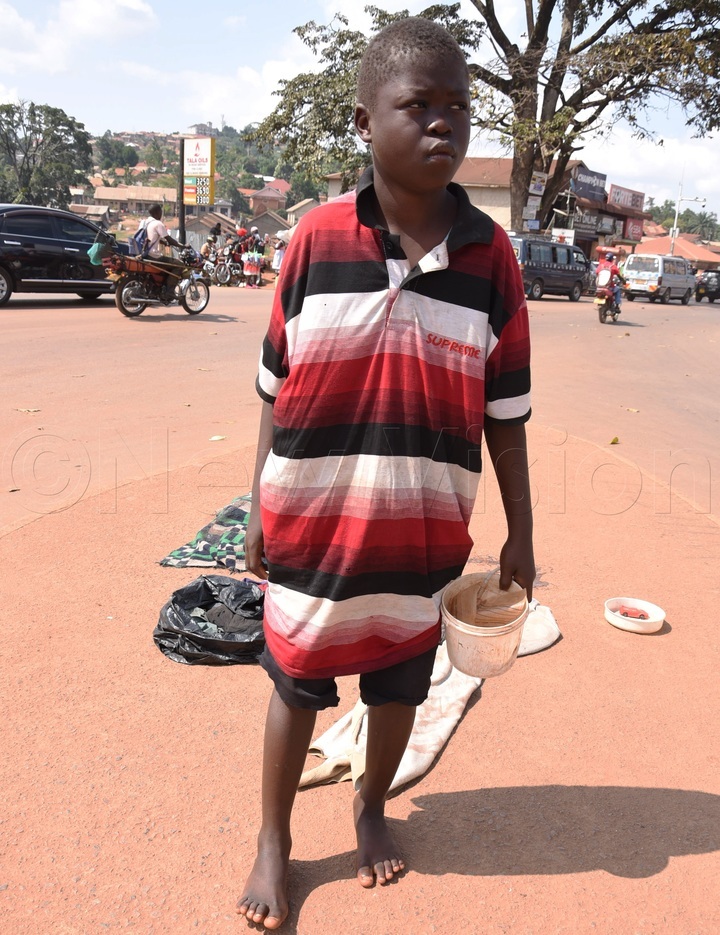 "I want to get treatment; the money people give me I use it to buy lunch. Yesterday I did not have lunch, but I ate supper. I bought chips and tea from the Mpererwe market," He said.

"My parents died," he said.

We tried asking him for more details of his past but he remained quiet. He couldn't divulge any more information, he only looked on with a sad face.

(This story was done with support from DGF)

Etop celebrates one year in year with cultural extravaganza

Chris Cotton back in town

Huawei to stop smartphone chip production due to US sanctions

Parliamentary fashion: How female MPs show up for work

Huawei to stop smartphone chip production due to US sanctions...

Parliamentary fashion: How female MPs show up for work