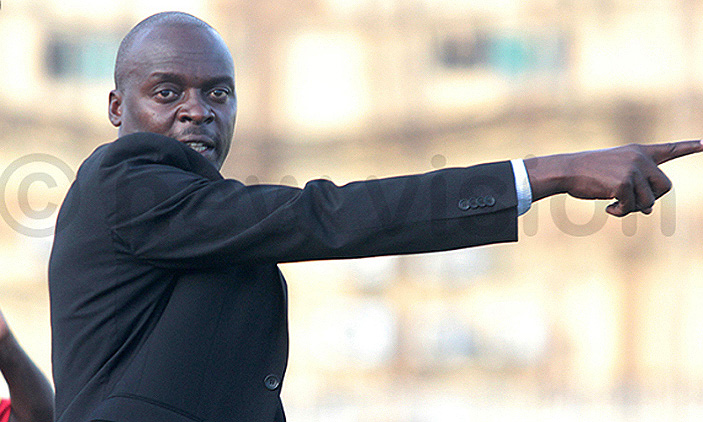 “The last time we played YMCA we lost both home and away and we are determined to avenge those losses,”
TOP Football STORY
a year ago .
University League: MUBS eye revenge over YMCA
“It will not be an easy game, but I always say that if you want to lift the trophy, you must be ready to win difficult games," says MUBS coach Charles Ayiekoh.


KAMPALA - Two-time champions Makerere University Business School (MUBS) will be plotting for revenge when they take on YMCA Comprehensive Institute in the Pepsi University Football League on Friday.

The last time the two sides met was in 2018 in the group stages. YMCA beat MUBS 1-0 home and away.

This time round, MUBS coach Charles Ayiekoh is confident his side can turn the tables around.

"The last time we played YMCA, we lost both home and away and we are determined to avenge those losses," he said in the runup to the game.

"It will not be an easy game, but I always say that if you want to lift the trophy, you must be ready to win difficult games," added Ayiekoh.

The MUBS tactician said the league has improved and has become very competitive, with the so-called weak teams troubling the big guns.

"The beauty about the University Football League is that any team can win. It is very competitive.

"You have seen how Kabale have beaten Kyambogo, Busitema have beaten Uganda Martyrs and yesterday [Wednesday], IUEA beat Kampala University.

"So you cannot take any team for granted," said Ayiekoh.


(You may also be interested in this: Fans invade pitch as YMCA beat MUBS)

YMCA completed a double over MUBS in 2018

Ayiekoh's side is ready to face any team.

"This time round, we are challenging for the trophy. We are not joking around. It will not be easy but with my squad, I believe I have the upper hand.

"We have a very good squad with some new players whom we tested in the AUUS Games in Kisubi, where they performed well. And as one of the most experienced coaches in this league, I believe this team will make it all the way to the final," said Ayiekoh.

Ayiekoh's opposite, Julius Lutwama, is going into Friday's game with cautious optimism

"Yes we managed to beat them home and away the other season, but that is now history," he said.

"We cannot take MUBS for granted. They are a strong team and we must not be overconfident because of history. Anything can happen and the team must be alert and play well."