President Museveni speaks out on recent mu...
Next Story

“I still love my husband and the allegation that our marriage is irretrievably broken down and cannot be salvaged is not true," insists the pastor's wife.

Pastor Bujjingo has filed for divorce, but his wife says she still loves him. (File photo)

“I still love my husband and the allegation that our marriage is irretrievably broken down and cannot be salvaged is not true," insists the pastor's wife.

KAMPALA -  Pastor Aloysius Bujjingo of House of Prayer Ministries has been dragged to court by his wife over child neglect.

Teddy Naluswa claims that since the divorce proceedings began, Bujjingo has refused to fulfil his duties as a father and husband by neglecting to pay school fees for their children.

Naluswa seeks several court declarations, among which is to have the pastor be ordered to provide maintenance for the family.

The couple, according to court documents (which also indicate his name spelled as Bujjingo), got married on December 20, 2003 at Victory Christian Centre in Ndeeba, Kampala.

"The children are schooling, the university and the school terms are open, fees and tuition are due, but Bugingo told me he will no longer foot their school fees and other needs," says Naluswa.

She lives with their children in their matrimonial home in Kitende KKB zone, in Wakiso district, which Bujjingo reportedly abandoned. 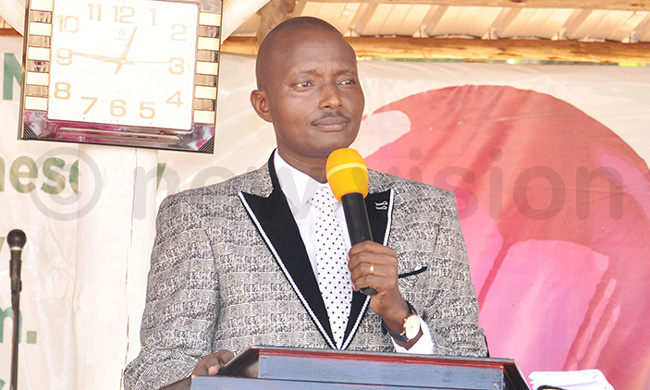 Pastor Bujjingo has filed for divorce

On May 9 this year, the outspoken pastor is understood to have petitioned the Chief Magistrate's Court at Kajjansi for dissolution of their marriage. It is the same court where Naluswa has filed her suit.

She insists that Bujjingo has refused to meet the family's day-to-day needs, adding that all efforts to talk to Bujjingo about the issue have been futile, as they have been denied access to his office.

"All the time we happen to contact Bugingo, he manifestly says he will no longer pay school fees and tuition for the children nor cater for family needs," an emotional Naluswa says.

"Bujjingo is denying our children legitimate care, including payment of fees and other needs". She also accuses him of running all the properties, leaving her without any monies to look after the family.

Four months ago, Bujjingo petitioned court at Kajjansi seeking divorce on grounds that the love and attraction he had for his wife had worn away, claiming they were incompatible and could no longer live together.

The pastor also accused his wife of mistreatment, embarrassing him in the presence of his church members, friends and their children.

According to him, Naluswa exhibited cruelty, selfishness and ungrateful attitude towards him despite his love and kind deeds towards her.

"On August 10, 2015, I presented the agreement of purchase of church land to her but she instead threw the papers in my face in the presence of our children and she branded me a mad person," said Bujjingo.

Adding: "In January 2018, she also embarrassed me in the presence of Pastor Edward Kayizzi, who was trying to mediate us. She later started sending me abusive and threatening messages on her mobile phone, prompting me to live our marital home in Kitende, Wakiso district".

Bujjingo wants court to dissolve their marriage in addition to sharing property acquired and developed by them jointly. 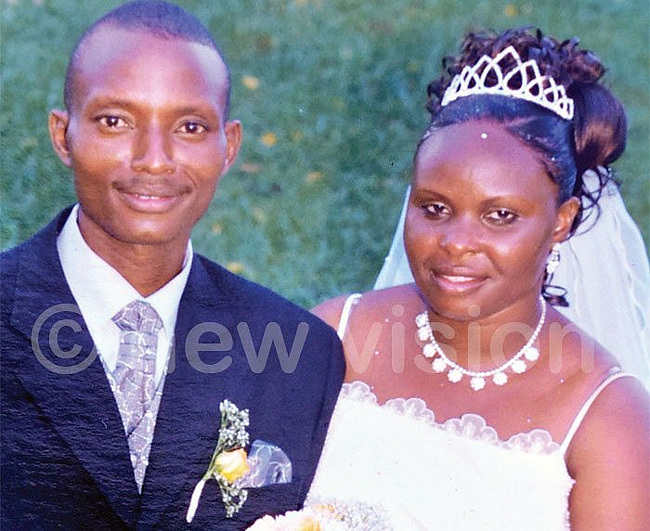 The Bujjingos got married in 2003

In her defence, Naluswa implores the court to dismiss the case, saying it is unchristian for them to break their words sworn before God not for any reason but lies.

"Ever since he wooed me and eventually winning my heart and taking my hand in marriage, we swore before God to love each other for better or for worse and this court is not clothed with jurisdiction to try this petition," she states.

She maintains that Bujjingo is a responsible, loving husband and a man of strong faith in God and the words of the Bible.

"I still love my husband and the allegation that our marriage is irretrievably broken down and cannot be salvaged is not true," she says.

Naluswa says their disputes are minor and reconcilable and cannot end in dissolution of their marriage.

She says she has been conducting herself in the most dignified manner towards Bujjingo from the time they fell in love and there is no reason for separation.

Reconciliation talks between them, according to her, were frustrated by Bujjingo, who allegedly stormed out of the meeting in the presence of the arbitrators whom he allegedly described as inferiors that cannot advise him on any issue concerning his family.

The meeting is said to have taken place on April 3, 2019 in unspecified place.

Naluswa has also rebutted claims that their daughter (Doreen) has been abusive to her father beyond having to suffer the indignity of answering questions from the media.

About sharing property, Naluswa discloses that they are valued at sh1b.

The court is expected to hear the case on October 1, this year.

No escape from higher power tariffs.