Dispute between Mumbere and his brother Kibanzanga deepens

The memorial mass, slated for Sunday and organised by Kibanzanga, who is also Uganda's agriculture state minister, is to be held at his home in Nyamirangara village, Kasese district.

Kibanzanga had her buried at her marital home after the family and the Rwenzururu leadership disagreed over where to bury her in Kasese, where the family has been living for over 30 years.

While one faction of the family wanted her buried on her undeveloped piece of land neighbouring Queen Elizabeth National Park along the Kasese-Mbarara highway, Kibanzanga objected.

He argued that it would be a disgrace to their mother to be buried in the wilderness and instead had her body transferred from Buhinga regional referral hospital to Kirindi for burial. 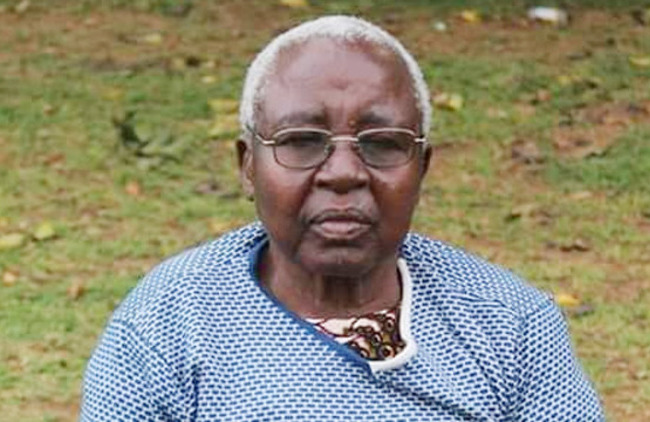 In an emotional speech at his mother's funeral, Kibanzanga said he could not allow her to be buried in a national park.

He saluted her for having done everything for the survival of the family during and after their, Isaya Mukirania (father), died in the Rwenzori mountain jungles in 1966 during the Rwenzururu war of self-liberation against the then Toro kingdom.

Mukirania's death left the then tender-aged siblings under the sole care of their mother in the bush, while two regents prepared Mumbere, then aged only 13, to take over from his father.

"You buried my father in a national park in the (Rwenzori) mountains because circumstances at the time allowed you to do so but they're longer prevailing," Kibanzanga said amidst applause from a big section of the mourners at the burial.

Kibanzanga has invited all top religious, political, and Rwenzururu leaders, members of the Rwenzururu Veterans Association, prominent families from across the Rwenzori sub-region and the Democratic Republic of the Congo (DRC).

Also invited are the Bundibugyo-based members of the late Queen Mother's family.

However, the Rwenzururu king told the subjects, including those from the royal family, to shun the function, accusing his younger brother of indiscipline and disrespect for the king and the institution.

"Don't attend such a function because I am not a party to it. Let only those who think and behave like him (Kibanzanga) attend the function," Mumbere said.

Some members of the royal family and subjects also threatened to boycott the function.

Urging his siblings to dodge the function, Kibanzanga's younger brother, William Maate Kibanzanga, also challenged him to first reconcile with the family and the entire Rwenzururu top leadership before organising a memorial service.

"He has not involved us or the Rwenzururu cabinet and he is only working with one out of a seven-member family," said Maate.

"As far as we are concerned, our mother is being kept in Bundibugyo. As a family, we have not buried her," argued Maate. 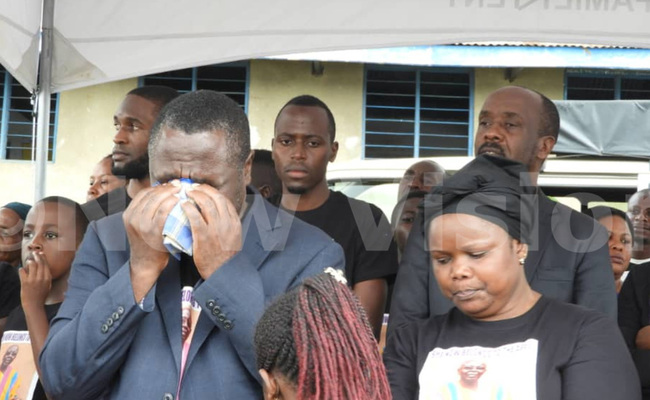 Christopher Kibanzanga (left) grieving for his mother during the funeral. Photo/File

The kingdom spokesperson, Yona Maate Tumusiime, described the current impasse between the king and Kibanzanga as solely "family issues; not of the kingdom."

He said the Omusinga, who is the family heir, is supposed to coordinate all family functions.

"Whatever happens should be with his full knowledge and consent. But since he is not part of the memorial service, it implies that Kibanzanga is doing it as an individual," Tumusiime said Saturday.

"We are encouraging them to sort out their family wrangles. Otherwise, we too are out of the function," he added.

In a July 25 letter addressed to Kibanzanga, Mumbere told him that he had decided to suspend him as the institution's chief prince "until further notice", barring him from representing the institution at any function in that capacity.

Mumbere faulted Kibanzanga of flouting the cultural norms and disobeying the king, the kingdom hierarchy and demeaning the institution nationally and internationally.

He cited the manner in which Kibanzanga had handled their mother's burial, saying it had denied other family members an opportunity to bury her.

Julius Muthegheki Ngalire, one of the royal family grandsons, said they are still waiting for official communication from the Rwenzururu king about the matter.

"We are waiting for a day when he will be here and call us to the last funeral rites of Nyamukama (Queen Mother)," said Ngalire.