Go back to school - minister orders Fresh Kid
Next Story

5:00pm
Cyclone Idai: Govt delivers sh740m to Mozambique
A delegation appointed by President Yoweri Museveni to deliver financial assistance to the Government of Mozambique on Thursday handed over $200,000 (about sh740m) to the leadership in Maputo.
The team of three people was led by state minister of defence in charge of veteran affairs, Bright Rwamirama.
The UPDF representative in Parliament, Gen. Ivan Koreta and Uganda's High Commissioner to Tanzania, Bob Kabonero, were the other members that delivered Museveni's message to the leadership of Mozambique. 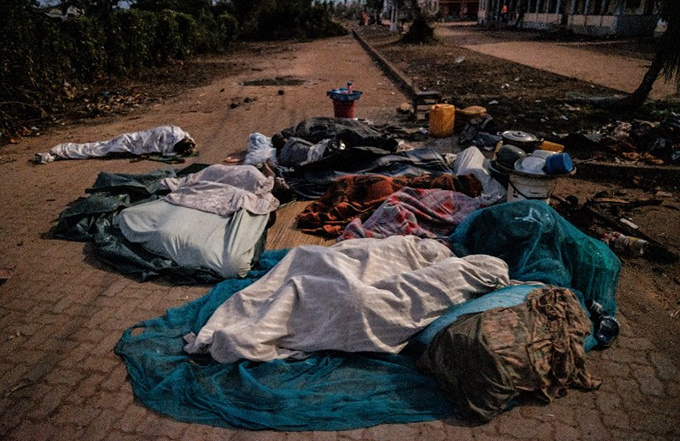 People who lost their home by the cyclone Idai sleep on a street as they stay in shelter in Buzi, Mozambique. AFP Photo


Ambulances are expected to transport patients in case of emergencies, but a one Goddy Otto just abused the cause and transported bricks in one. As no sin goes unpunished, Otto will receive half salary, on top of other punishments.

Goddy Otto, the driver who used a Ministry of Health ambulance to transport bricks instead of patients has been interdicted by the Omoro District Local Government for illegal use of a government vehicle.

Otto has also been banned from travelling outside the country.

Akera said Otto has been interdicted under the Public Service Standing Orders for misuse of an ambulance by carrying bricks instead of patients. 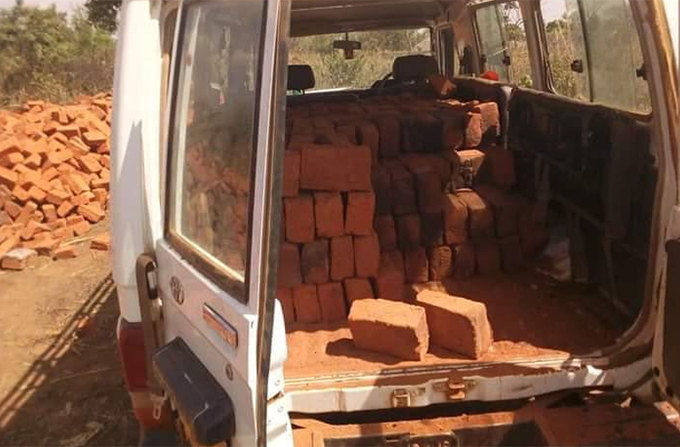 President Yoweri Kaguta Museveni and his host President Uhuru Kenyatta tour the Port of Mombasa. The Port is a major gateway for Uganda, Rwanda, Burundi and DRC imports and exports. 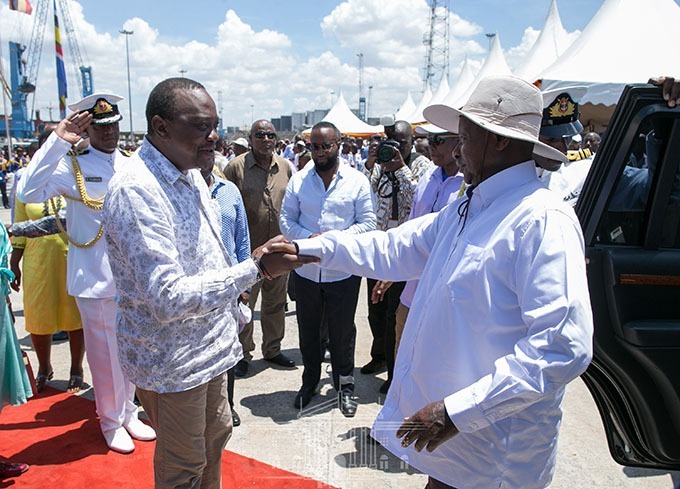 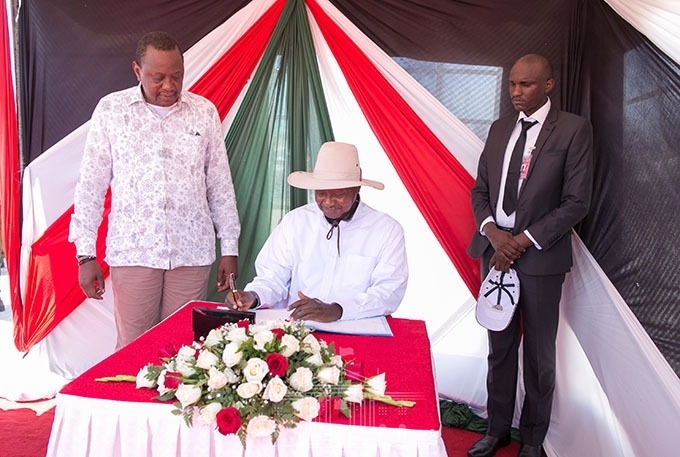 ‘STOP MUSIC AND GO BACK TO SCHOOL'

He was fresh on the streets until the youth minister threw him back to where he belonged. School! 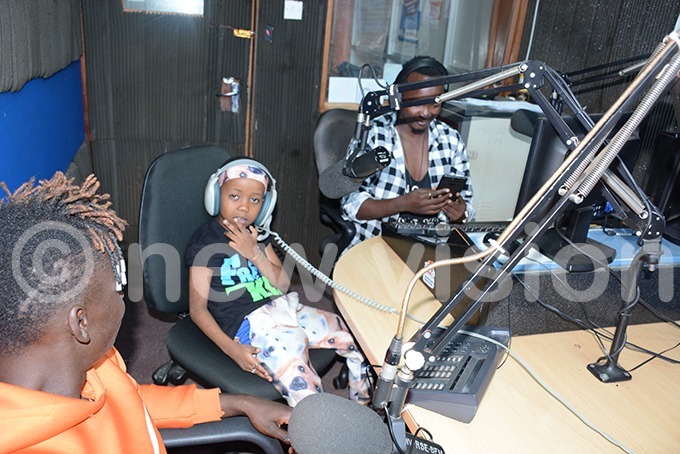 With just one popular hit, seven-year-old Patrick Ssenyonjo, AKA Fresh Kid, was ordered to stop performing on concerts, and head back to school immediately. 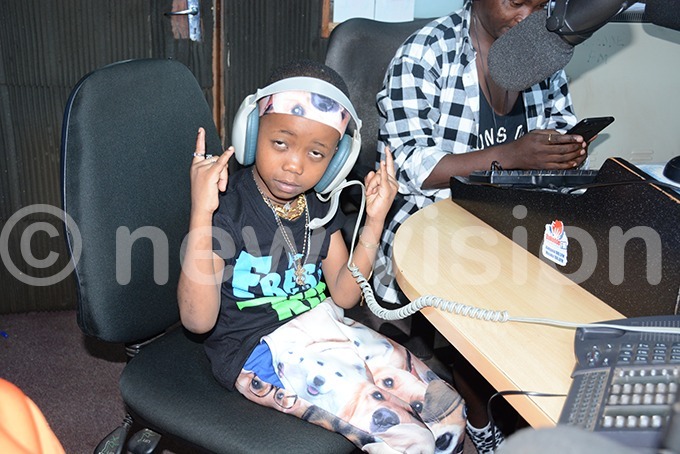 Minister for youth, Nakiwala Kiyingi warned that according to the country's laws that prohibit child labour. 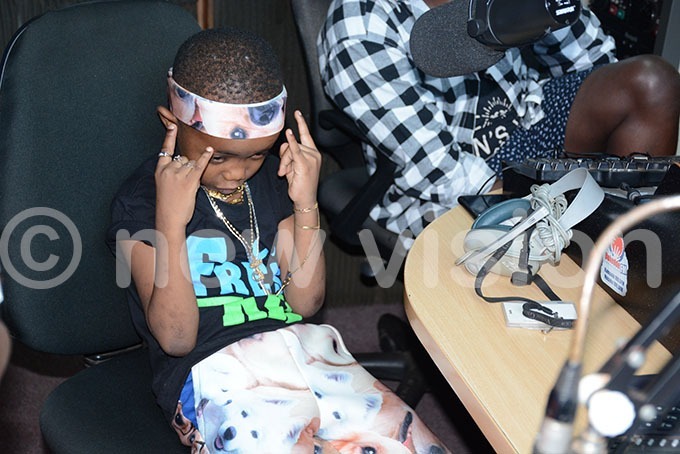 "Anyone who hires out a venue that'll host Fresh kid's concert or any person who hires him, or any reveler found enjoying his performance or any sponsor will be arrested and charged in the courts of law," said the Minister. 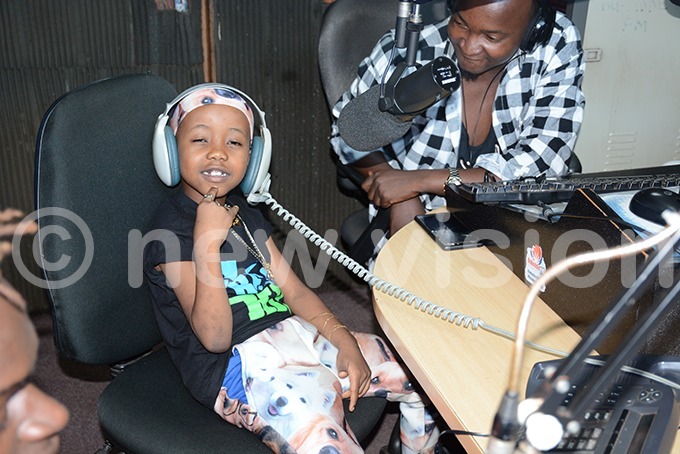 Here is why you shouldn't skip lunch

Skipping meals makes your body fear starvation, it overcompensates by stubbornly holding on to every calorie you consume.

Your metabolism goes haywire, increasing your body's fat storage and your risk of type 2 diabetes.

Other studies have linked failing to eat regularly to heart disease. (credit: dmarge)

The Norwegian has inspired a revival of United's fortunes since taking over from the sacked Jose Mourinho in December, winning 14 of his 19 games and leading the Red Devils to the quarter-finals of the Champions League.

Solskjaer, who scored 126 goals in 366 appearances for United, was already a hero to fans as the man who scored the stoppage-time winner in the 1999 Champions League final to complete the treble.

"From the first day I arrived, I felt at home at this special club," Solskjaer said in a statement on the club's website. "It was an honour to be a Manchester United player, and then to start my coaching career here. 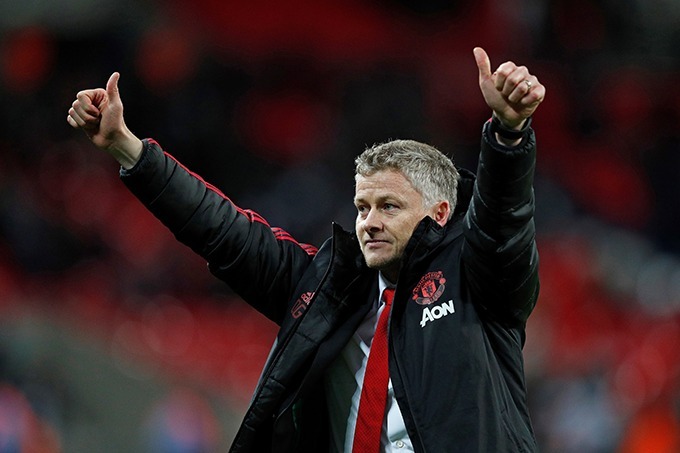 Acting on a tip they received, the Anti Corruption Unit of State House Uganda was able to arrest an imposter, Steven Mwembe. 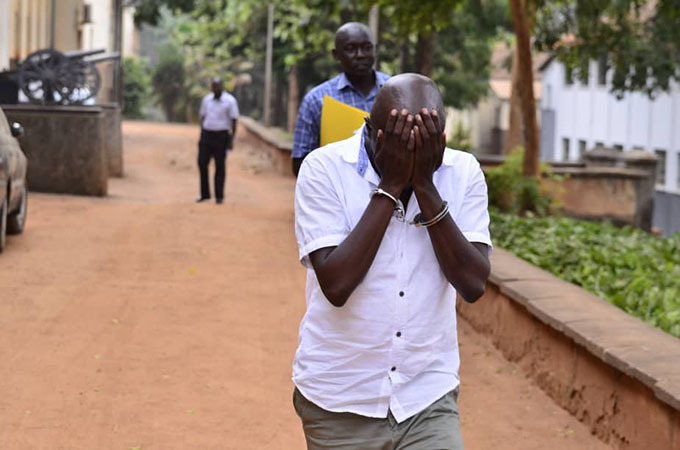 The suspect was caught red-handed soliciting for a bribe worth sh3.5m to fast track the handling of a land complaint. Mwembe was impersonating staff of the Commission of Inquiry into Land Matters. 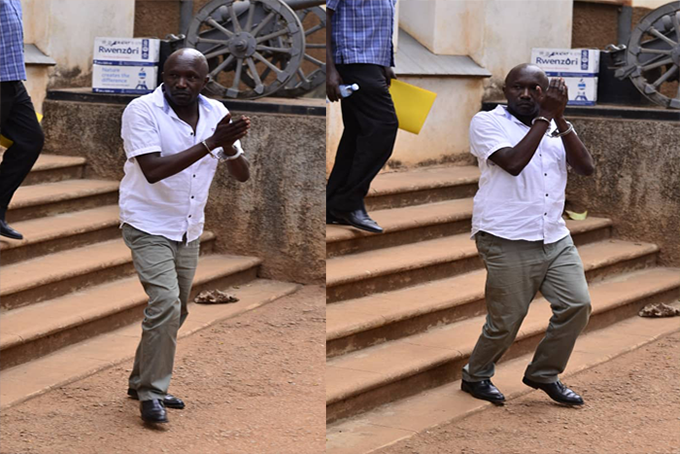 The Anti-corruption unit shared the news in a tweet

Good morning Fam,
Yesterday, acting on a tip we received, an imposter Steven Mwembe was caught red-handed soliciting for a bribe worth UGX. 3,500,000, to fast track the handling of a land complaint.
Steven was impersonating staff of the Commission of Inquiry into Land Matters. pic.twitter.com/yexNRIl4se

A military helicopter has crashed in southwestern Kazakhstan, killing all 13 servicemen on board, the defence ministry said Thursday.


The crash involving the Russian-made Mi-8 aircraft occurred on Wednesday, the ministry said in a statement.

"13 servicemen were killed... while performing their military duty," it said.

Kazakhstan's new president Kassym-Jomart Tokayev tweeted that he had ordered an investigation into the crash.

Ugandan and Kenyan traders will be the biggest beneficiaries after their two countries yesterday signed a raft of agreements meant to ease trade, cement political ties and improve their social/cultural connections.

The colourful signing ceremony, conducted at the Kenyan coastal city of Mombasa, was witnessed by President Yoweri Museveni and his host, Uhuru Kenyatta. 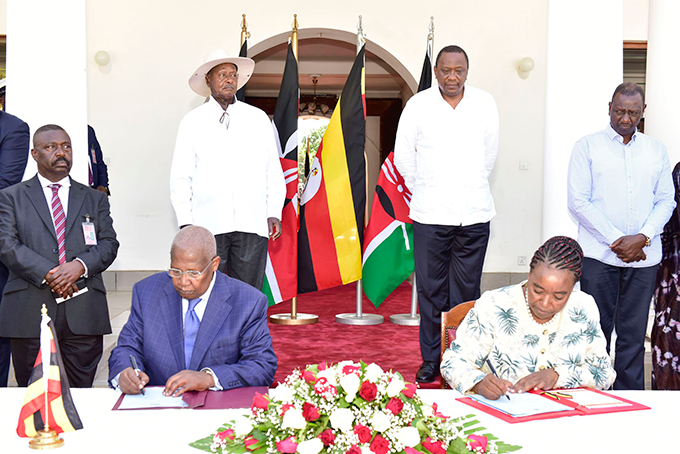 The agreements, clustered into three major categories; defence, trade and social affairs, focus on not only easing means of doing business between the two countries but also resolve some of the sticking issues that have hampered trade.


For example, the pacts direct Kenya to consider increase of its sugar quota imported from Uganda to 90,000 metric tonnes from the current 36,000 tonnes.

On the other hand, beef exporters in Kenya can expect to tap into the Uganda market after the latter was directed to lift its ban on beef and beef products from Kenya with immediate effect.

On this front, both countries among others agreed to ease the process of getting work permits for their nationals, harmonize methods of verifying temporary travel documents and formally communicate cases of repatriation.

Kenya was directed to originate a draft document in one month's time that makes clear a case for extradition and repatriation between the two countries.

With the biting vehicle thefts in Uganda, with most cars reportedly smuggled to Kenya, the countries have agreed to strengthen their border patrols to intercept stolen vehicles. 
The pacts list some of the notorious porous border points in Busia like Marachi, Sofia, and Alupe that must be watched religiously.

The countries have also agreed to develop formal guidelines within three months to help check human trafficking, with a call to arrest perpetrators. Uganda will initiate this document in the next three months.


WE ARE SOLVING PROBLEMS - MUSEVENI

Speaking during the bilateral discussions at Mombasa State House, shortly before the agreements were signed, President Museveni said his trip to Kenya was important because it was solving people's real problems. 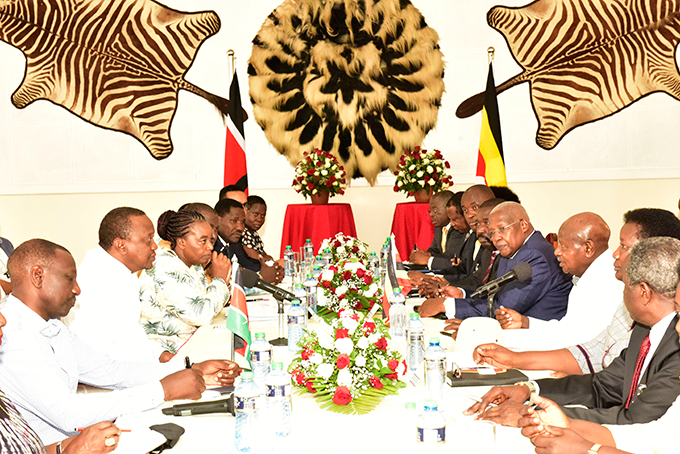 
"I thank President Uhuru for inviting me on this visit. It is not just about protocol. This visit will solve our people's problems. I see a lot of work has been done."

He commended the Kenyan government for its infrastructural undertakings that are supporting Uganda's economy too.


"The Standard Gauge Railway will soon get to Naivasha. The Kenyan government has allowed us to build a dry port there.

They have also built a petroleum port in Kisumu, with a pipeline for general petroleum products and they are now working on one for aviation fuel.

Lake Victoria, which was dormant will now come to life and we transport these fuels across the waters to Uganda," said President Museveni.

In case you thought online feuds happen between people, countries too have started engaging in these battles...

A Pakistani minister has branded the US ambassador to Kabul a "little pygmy" in a high-level diplomatic Twitter row that erupted over ongoing peace talks between Washington and the Taliban in Afghanistan.

The furore underscores the delicate balance of regional tensions as the US steps up a push to find a way out of Afghanistan, more than 17 years after the invasion.

It began after Pakistani Prime Minister Imran Khan reportedly suggested an interim government in Afghanistan to help smooth the talks process, making the comment during a briefing with local reporters on Monday.

Kabul recalled its ambassador on Tuesday, and the Pakistani foreign office tried to downplay Khan's comments on Wednesday, saying they had been reported "out of context... leading to an unwarranted reaction".

But shortly after US ambassador to Afghanistan John Bass issued a tweet rebuking Khan while alluding to his past as captain of Pakistan's World Cup-winning cricket team and numerous cheating scandals in the sport involving Pakistani players. 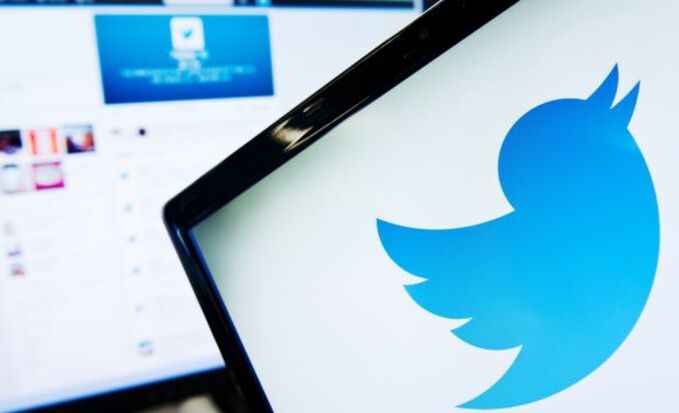 The Police have admitted that Ronald Ssebulime was wrongfully killed by their officer after suspecting him of having attempted to assassinate Idah Nantaba, the Information, and Communications Technology state minister. 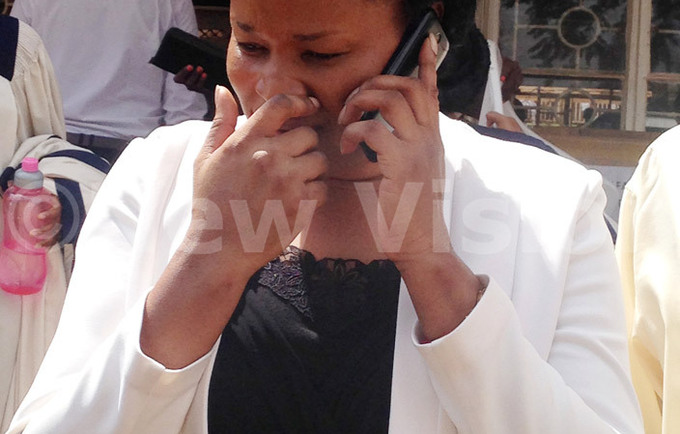 "The matter is coming up for mention but I pray for another date since inquiries are still ongoing," Bisamunyu requested. 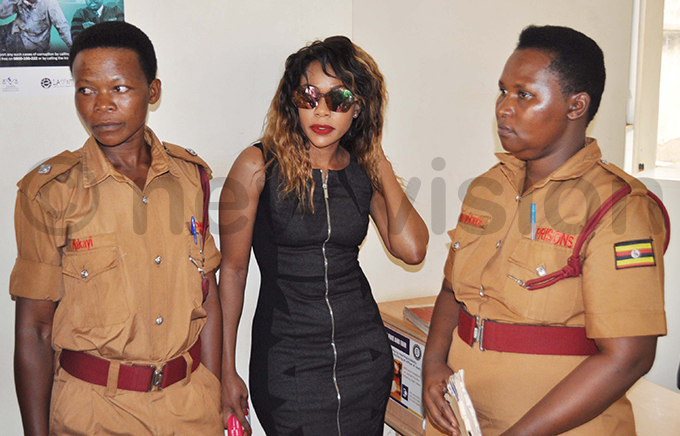 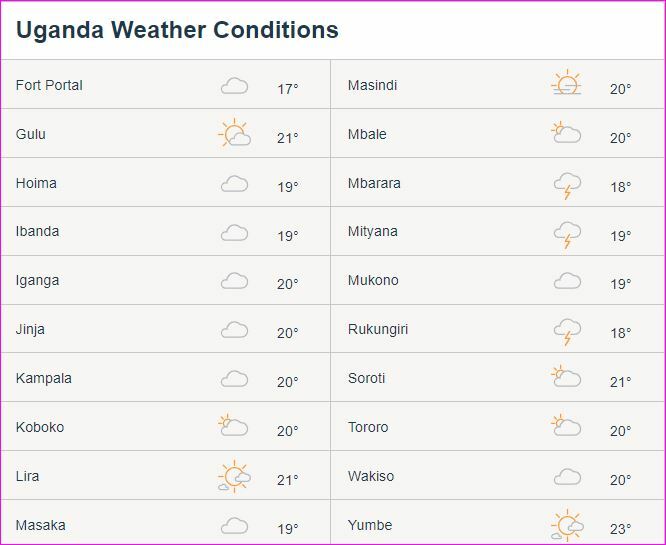 You and I are alive today. That gives us reason to be grateful to God, and go conquer the world. Here is one from Joyce Meyer...

The eagle has no fear of adversity. We need to be like the eagle and have a fearless spirit of a conqueror," Joyce Meyer. 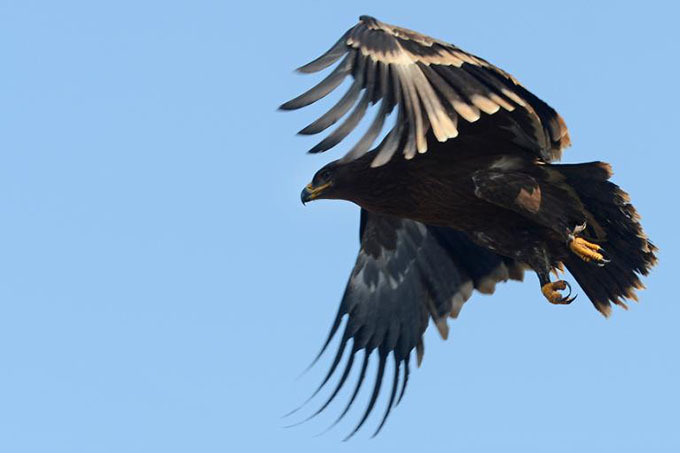 Play not with hi- tech

We swapped the blackboard for a fishnet before dairy farming

Milking a fortune from goats everyday