Joseph Sax to rock at Uganda Festival in New York

Joseph Sax is the latest addition to musicians, including awarding wining Denmark-based Ugandan vocalist Joanita Lubega Zachariassen, David Lutalo and Cindy Sanyu who will perform at this year's Uganda festival in the US.

Joseph Sax is the latest addition to musicians, including awarding wining Denmark-based Ugandan vocalist Joanita Lubega Zachariassen, David Lutalo and Cindy Sanyu who will perform at this year's Uganda festival in the US.

DIASPORA - You have heard that intoxicating saxophone rendition of singer Jose Chameleone's chart-buster valu valu or that harmonious saxophone on A Pass' Marianna. Well, the man behind them, Joseph Sax, a local saxophonist, has slowly but surely made a name for himself on the music scene.

His talent is taking him places and he is the latest addition to musicians, including awarding wining Denmark-based Ugandan vocalist Joanita Lubega Zachariassen, David Lutalo and Cindy Sanyu who will perform at UNAA Causes' Uganda festival in the US. The event commonly known as Summer's Ultimate Event is scheduled for August 29 to September 02 at the Grand Hyatt in New York. New Vision's Brenda Nakayiwa had a chat with him.

Who is Joseph Sax?
My name is Joseph Kizito aka Joseph Sax, a saxophonist from Uganda. I am both an instrumentalist and vocalist.
I am a Muganda born on October 8, 1990 in Mbiko Njeru, Buikwe district to Ms Annette Nalumansi and Kizito. I am a born again Christian serving under Prophet Elvis Mbonye at Zoe fellowship.
I went to St. Peters Nursery School, St. Peters' Primary School and St. Noa Mawaggali SSS — all in Njeru Town Council. After that, I joined Uganda Television Institute to study Film, Radio and Television Production.

When did you start to fall in love with the saxophone?
It was in my Primary Six when I joined a church brass band where I learnt to play music instruments plus reading and writing music.
In 2004, in my Senior Two, at 14, with a help of my music teachers Madam Petra Walters and her dad Harry Walters, I got my first saxophone lessons.

When did you start to play for money?
When I finished my course in 2011. After playing with a number of bands around Kampala, I joined Jazzi Band that same year and since then, I have never looked back.

Who was your mentor and who is your role model?
I am blessed to have met talented people who have mentored me. These include Isaiah Katumwa.

Who are some of the artistes you have worked with?
I have been blessed to share stages with Isaiah Katumwa, Myko Ouma, Moses Matovu, and Brian Mugenyi, who have inspired me.
I have also worked with a number of talented artistes such as Bobi Wine, Bebe Cool, Jose Chameleon, A Pass, Sheebah Karungi, Irene Ntale, Meshach Semakula, Paddy Man, Iryn Namubiru, Remah Namakula to mention but a few. I have worked with them both in studio and on stage at their concerts.

Any song in particular?
I have worked on songs like Mariana by A Pass, For Better or Worse by Bobi Wine and so many of his other songs. Other include Akalilo by Remah Namakula,  Anjagala by Iryn Namubiru,  Saxophone rendition of Musawo by Winnie Nwaggi,  Singa by Ykee Benda, Saxophone rendition of Valu Valu, Saxophone rendition of Viola originally done by the late Elly Wamala, and Zaabu by Juliana Kanyomozi .
I also featured on the Jazz Safari stage in 2017, Blankets and wines as well as Roast and rhymes. 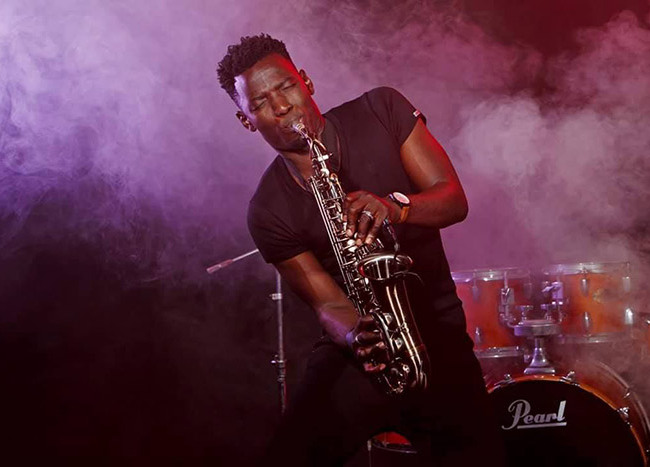 What should New York expect from Joseph Sax?
New York should expect a serenading, warm and smooth performance.  We are going to have a blast. They should prepare their dancing shoes.

Any achievements to talk of?
I have achieved a lot. I use my talent to serve God who has put me at the fore front of all things. My talent employs me and I have met so many beautiful people that have helped me in one way or another. I have also been able to travel to different places and I am able to see my siblings go through school. And so many other things

As an individual, do you think there's a future for jazz music in Uganda?
Yes. With the Growing numbers of amazing instrumentalists in Kampala, the sky is the limit.

Given chance, who would you do a collabo with, both national and international?
I would love to do collaboration with Isaiah Katumwa

Where do you see yourself in the next five years?
I see myself travelling a lot, doing concerts, inspiring many young people, and doing more music albums. I hope to one day own both recording and rehearsal studio.

A word of advice to upcoming saxophonists?
My advice to everyone with a desire to become a great saxophonist or musician at large is to always believe in God; he is the best teacher. Always dream big, and have faith in yourself. 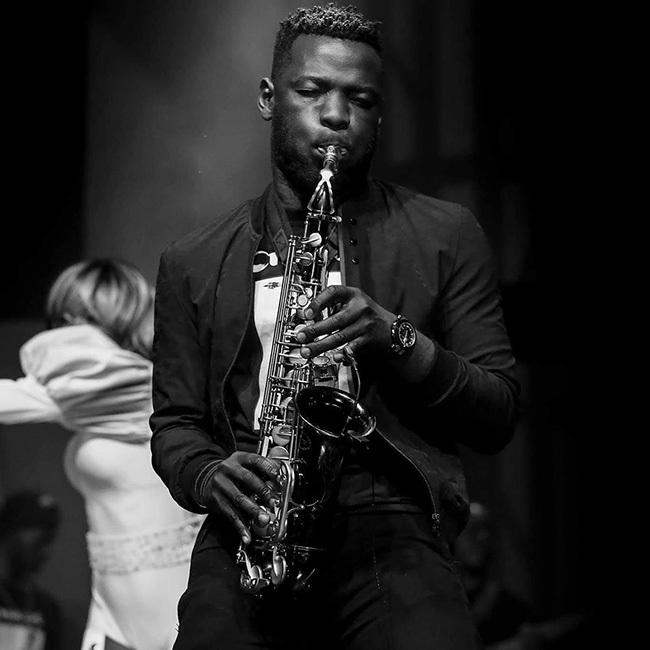 Denmark based Lubega to perform at Uganda festival in New York

We shall rebuild Makerere - Prof Ddumba