Musa Byamukama’s arrest followed Nduhukire’s confession that after stealing, he would later take them to Byamukama for sale.

Musa Byamukama’s arrest followed Nduhukire’s confession that after stealing, he would later take them to Byamukama for sale.

Esau Nduhukire (right) and Musa Byamukama after the arrest

Police have burst a racket of phone thieves who have been operating along traffic-jam packed routes in and around Kampala city.

According to a statement issued by Luke Owoyesigyire, the Kampala Metropolitan spokesperson, the discovery of the bigger racket of cellular phone thieves, follows the arrest of Esau Nduhukire, a man who was recently captured by the newly installed CCTV cameras snatching a phone from a commuter taxi passenger near Shoprite, along Entebbe road.

Police statement
Results of the recently installed CCTV cameras are beginning to show up. This follows arrest of Esau Nduhukire recently caught on camera stealing from passengers stuck on traffic jam at Shoprite along the Entebbe Road. Charges of theft have been preferred against him. He was arrested together with Musa Byamukama for being in possession of suspected stolen items. Byamukama's arrest followed Nduhukire's confession that after stealing, he would later take them to Byamukama for sale.
We however advise the public to always consider personal safety by closing windows when using phones and also report such matters to police immediately after such incidents.

There have been discussions on whether the security cameras will deter thieves. 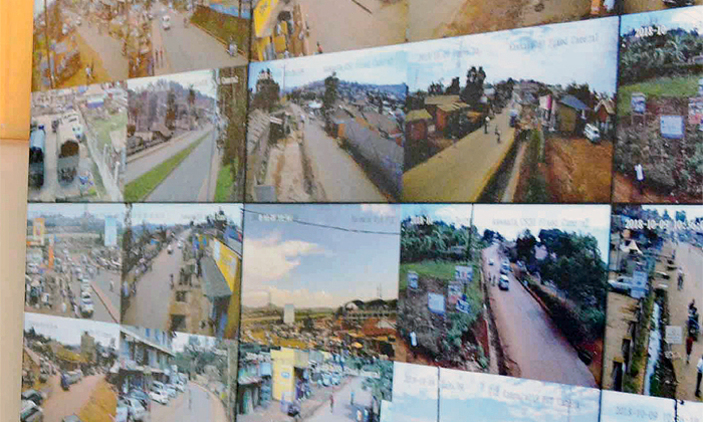 However, the President insisted that with installation of cameras, urban crime will reduce.

He commissioned the cameras recently at the National Command and Control Centre at Nateete Police Station. 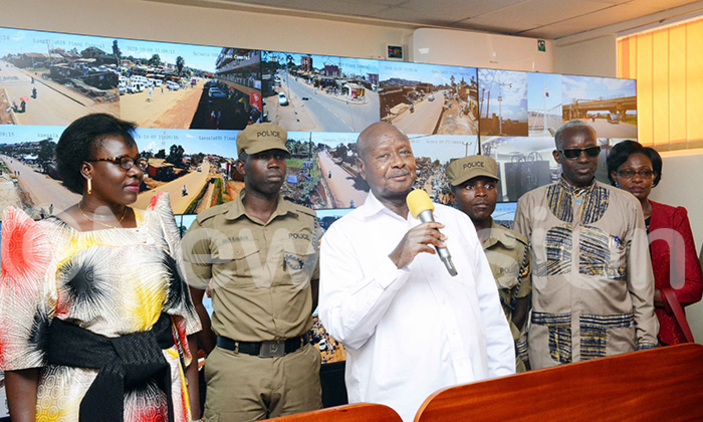 After commissioning them, the President had this to say:
"In my recent addresses on security, I indicated that the Government would undertake this project to fight urban crime. The cameras are now up and running," Museveni said adding: "The Banyankole advise that if you hear footsteps behind you, do not just run without seeing the source of the noise. You might be running away from a mere cock. Christians know the story of panicky disciples as they crossed the lake while Jesus slept. They had little faith".