“Let's keep the faith. The problem of urban insecurity perpetuated by armed assassins riding boda bodas will be solved..."


SECURITY-President Yoweri Museveni has commissioned the CCTV cameras at the National Command and Control Centre at Nateete Police Station.

"In my recent addresses on security, I indicated that the Government would undertake this project to fight urban crime. The cameras are now up and running," Museveni said adding: "The Banyankole advise that if you hear footsteps behind you, do not just run without seeing the source of the noise. You might be running away from a mere cock. Christians know the story of panicky disciples as they crossed the lake while Jesus slept. They had little faith". 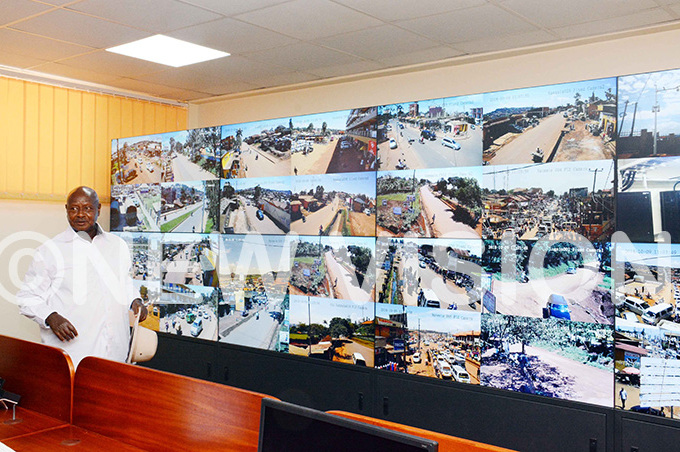 The launch of the surveillance system followed the installation of 122 live CCTV cameras to monitor Lungujja, Old Kampala, Rubaga, Kawaala, Kabowa, Nateete, Mutundwe and surroundings. The move is one of the measures in place to fight urban crime. 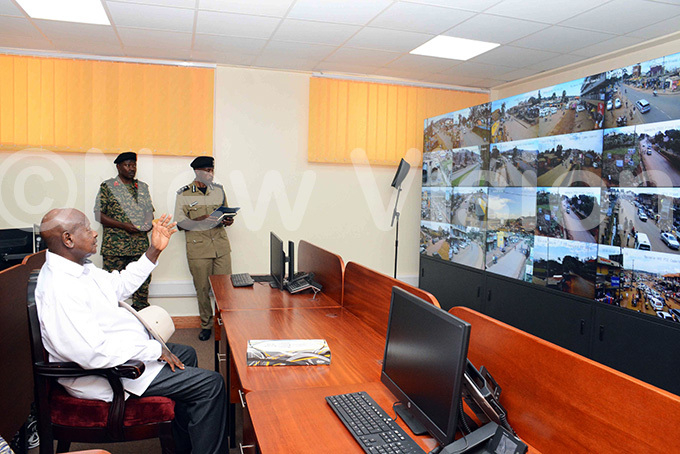 The officer in charge information and technology at Uganda Police Force, Commissioner Felix Baryamwisaki explains to President Yoweri Museveni how the CCTV cameras are controlled from Natete Police Station "Let's keep the faith. The problem of urban insecurity perpetuated by armed assassins riding boda bodas will be solved. What we needed were eyes, ears and a nose to sense them. It is what the cameras will do. Once we see these criminals, we shall get them, " Museveni noted.

"This problem is not as complex as fighting a war for example. It is an issue of intelligence. We just need to know who did what. Once we know, these thugs cannot resist us. The game will be finished. Cowards die many times before their death," he added. The Police director for research and planning, Edward Ochom talking to President Museven 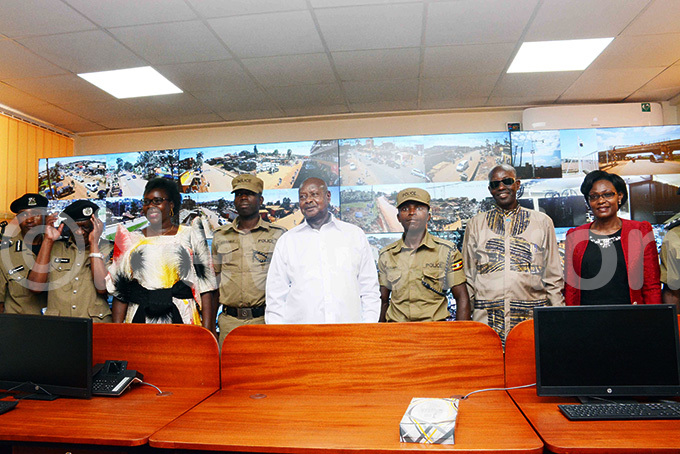 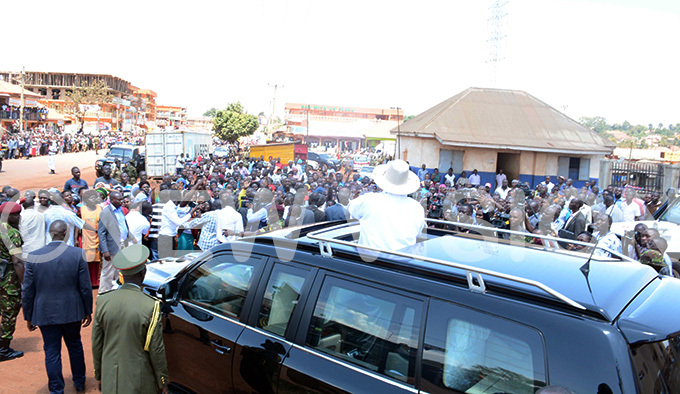