The Uganda Cranes beat Cape Verde to secure a place in next year's Nations Cup finals in Cameroon, with one game to spare.

The Uganda Cranes beat Cape Verde to secure a place in next year's Nations Cup finals in Cameroon, with one game to spare.

KAMPALA - Patrick Kaddu scored the winning goal as Uganda beat Cape Verde at Mandela National Stadium to seal a place in the 2019 AFCON finals due in Cameroon.

Coming into Saturday's tie, the second-last for the two sides in Group L, The Cranes needed only a draw to qualify. But the hosts got more than they minimally required as Kaddu's glancing header 12 minutes before time more than sealed Uganda's progression.

The KCCA FC forward rose highest inside the box to nod past Cape Verde keeper Thierry Graca from a Godfrey Walusimbi cross coming in from the left flank.

One minute later, Graca nearly let another in during a goalmouth scramble as The Cranes applied a final round of pressure.

By the time the final whistle went, the large home crowd was already in celebrations as their side qualified for a second successive AFCON finals, with one match to spare.

Unbeaten and with a clean sheet in this campaign so far, Uganda are now sitting nice and pretty at the summit of Group L on 13 points. Second-placed Tanzania have five points ahead of their clash with bottom side Lesotho (two points) on Sunday.

Defeat at Namboole Stadium thrust Cape Verde on the brink of the end to their campaign. If Tanzania beat Lesotho in Maseru, the East African nation will also seal qualification with one game still to play. 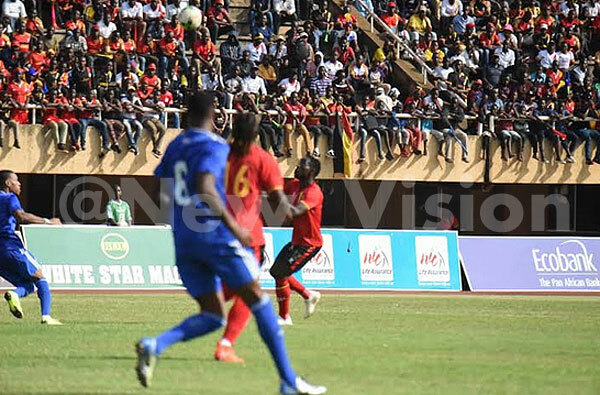 Getting used to progressing

For nearly four decades, qualification for the continent's biggest footballing showpiece had become repeatedly and frustratingly elusive for Uganda.

But that bothering recurrence changed two years ago, on September 4, when Farouk Miya's only goal against Comoros sent The Cranes to a first AFCON finals in 38 years.

Fast-forward to today and it is yet another piece of good news for the Ugandans as successive progression is safe in the bag ahead of their final group match away to Tanzania on March 22 next year.

For now, Cranes coach Sebastian Desabre, nearly one year in the job, will relish his swift accomplishment in charge. This will also consolidate belief in the Ugandans that making it to the Africa Cup of Nations can be turned into a sort of a routine.

The Cranes will now be part of 23 other teams at the finals in Cameroon. 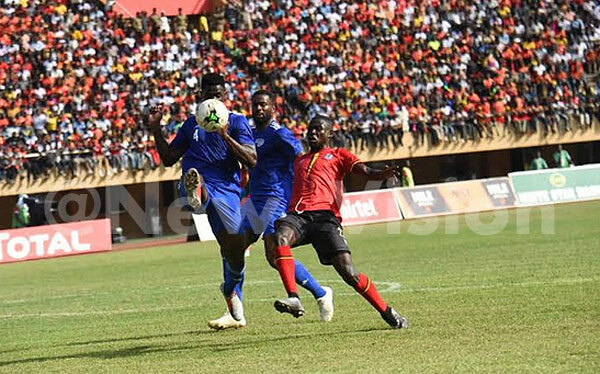 It was a slugglish start for Uganda as visiting Cape Verde exerted dominance in the first 15 minutes. After there, Frenchman Desabre's men discovered their shine after a period of doing more defending than attacking.

In the 15th minute, Miya was played through to turn and beat his marker deep inside the box but Graca threw his body to block the effort out for a corner.

Another effort from the hosts, this time from Isaac Muleme, was too weak to trouble the young goalstopper.

The visitors had their fair share of chances in the opening half too, but it was Cranes' fullback Hassan Wassa, making his 76th appearance for Uganda, who was the first to be booked eight minutes before the break.

Uganda returned stronger in the second half, but they were twice caught napping and were only lucky to escape unpunished. In one of those nervy moments, Murushid Jjuuko had to race to clear a goal-bound effort after keeper Denis Onyango well beaten.

At some point, as the clocked ticked away, Onyango needed some sustained on-pitch medical attention, before springing back onto his feet to get back inbetween the uprights.

Kaddu's goal in the 78th minute was received by the home fans with as much jubilation as relief after spells of Cape Verde attacks had kept them on their toes.

High-fives, hugs, chants of victory, smiles and tears of varied emotions met the final whistle as celebrations kicked off across the country. 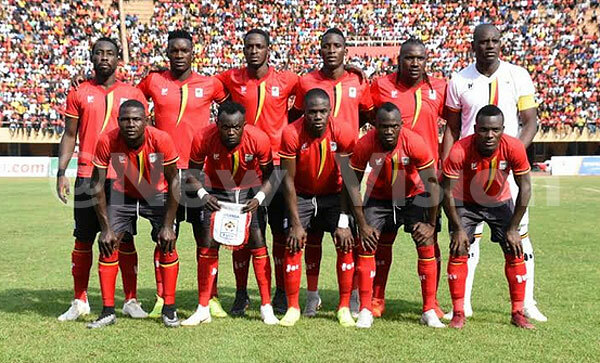 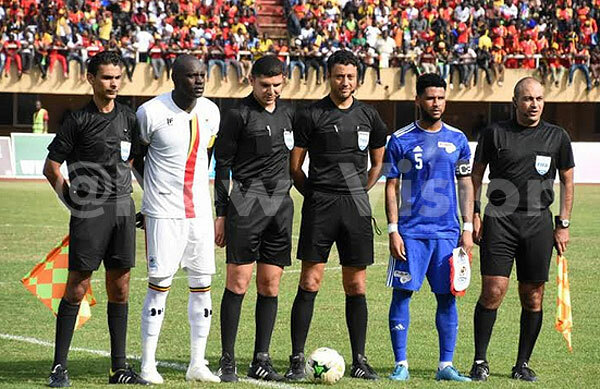 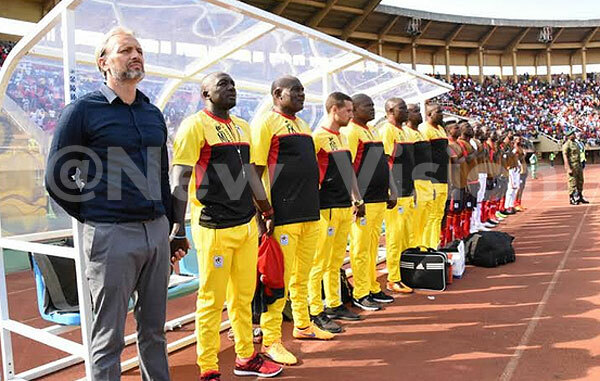 Everyone was at attention during the playing of the national anthems 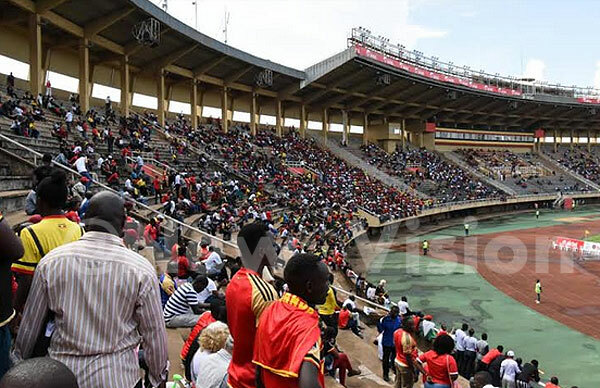 Namboole Stadium was filling by the minute 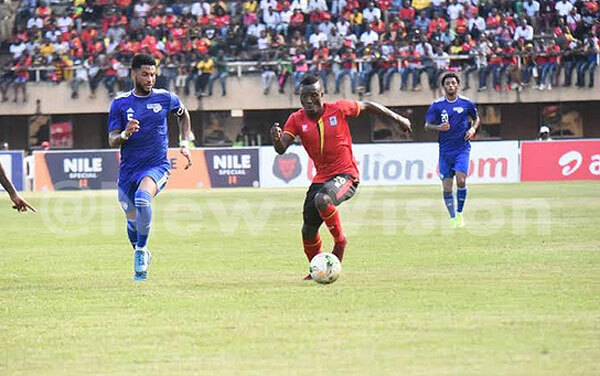 Action under way. Cranes needed a draw from this match to progress 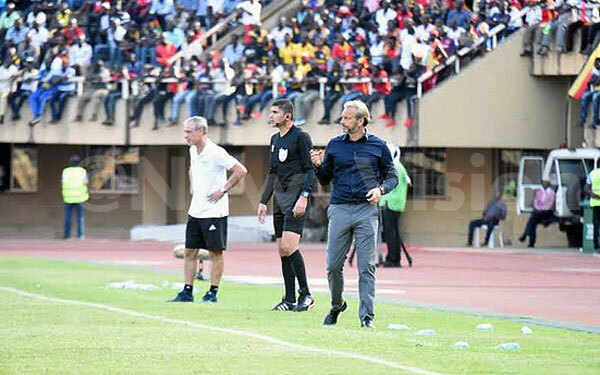 Both coaches were, understandably, restless on the sidelines. Cranes tactician Sebastian Desabre (black shirt) willed his men on 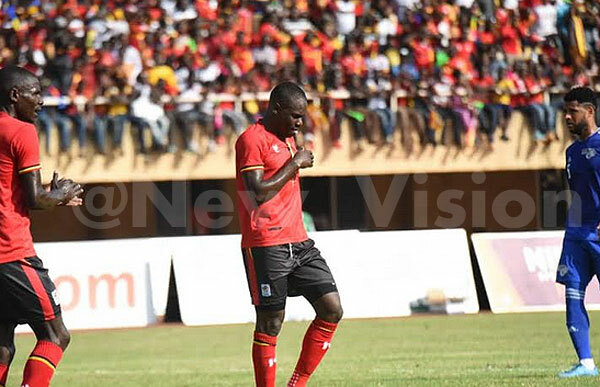 Farouk Miya had opportunities to put his name on the scoresheet. It just wasn't his goalscoring day however

A physical encounter played out on the pitch under glorious sunshine 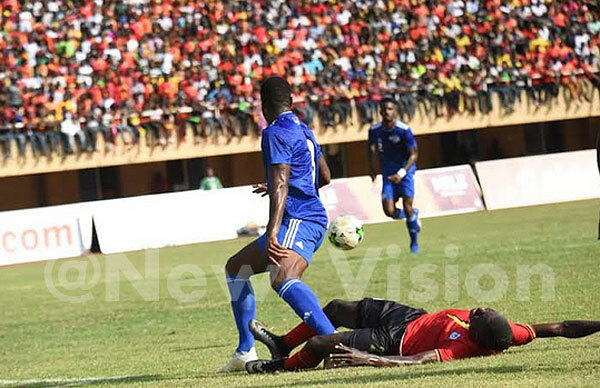 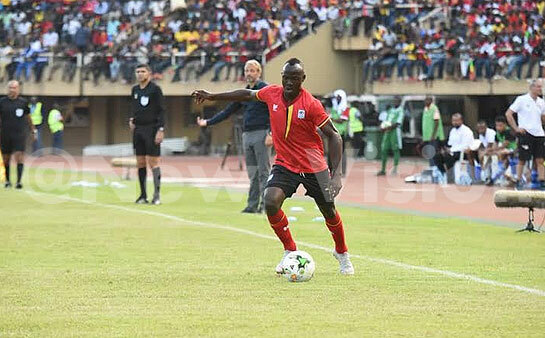 Era of cost-sharing may be on way out

WB To Back Secondary Education