'25 killed' after river bursts banks in Bu...
Next Story

Although 40 bodies have been recovered, hundreds are feared dead because some areas are still not accessible.

Although 40 bodies have been recovered, hundreds are feared dead because some areas are still not accessible.

Despite the statistic, hundreds are feared dead because some areas are still not accessible. 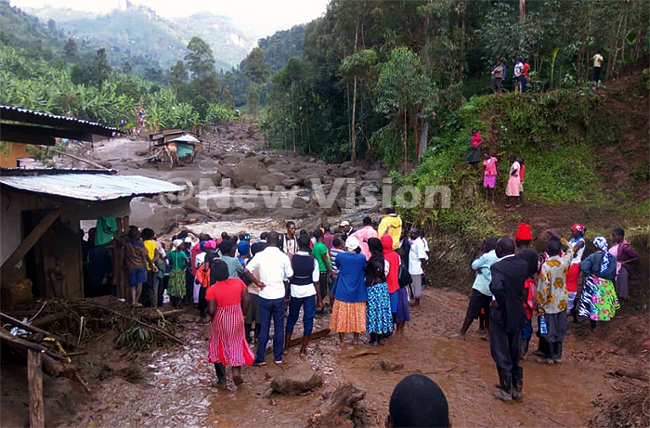 A cloud of helplessness hang over the area as residents looked on in the aftermath of the deadly disaster. (Credit: Paul Watala)

Museveni, who was away in London to attend a conference on illegal wildlife trade, tweeted Thursday, urging residents to "co-operate with authorities to mitigate possible further danger".

"I have received the sad news of landslides wreaking havoc in Bududa district, killing a yet-to-specified number of residents. The government has dispatched rescue teams to the affected areas.

"The government will look at the other options available to stop further occurrences of these disasters. My condolences to those who have lost their dear ones in this catastrophe," the President tweeted.

I have received the sad news of landslides wreaking havoc in Bududa District, killing a yet-to-specified number of residents. The government has dispatched rescue teams to the affected areas. I urge residents to cooperate with authorities to mitigate possible further danger. 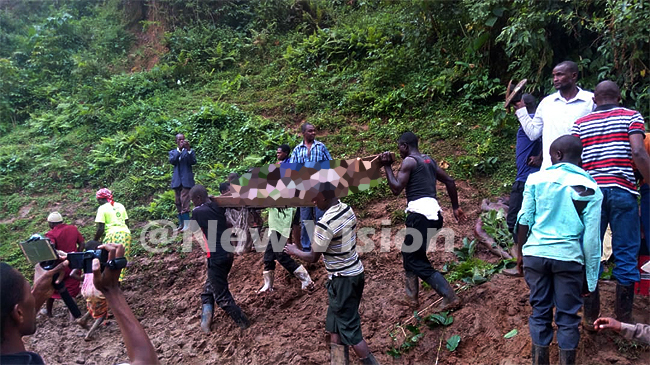 While 40 bodies had been recovered by late Thursday, hundreds are feared dead. (Credit: Paul Watala)

Martin Owor, the commissioner for disaster preparedness in the Office of the Prime Minister, said the river burst its banks at about 2:30pm local time following a downpour "and a landslide up the mountain".

"It rolled big boulders through a village in Bukalasi sub-county, killing several people," he said in a statement.

"Twenty-five (25) bodies, including four children, have been recovered while many persons are still missing."

Many people were injured and several others displaced.

"A detailed disaster loss and damage report will be issued after the ongoing assessment," Owor said.

It is understood that relief supplies, including food, blankets, tents, tarpaulins, jerricans, saucepans for survivors will arrive in Bududa "before midday tomorrow [Friday]".

"We are reaching the peak of the second rainy season and it rained very heavily today," Owor told AFP. 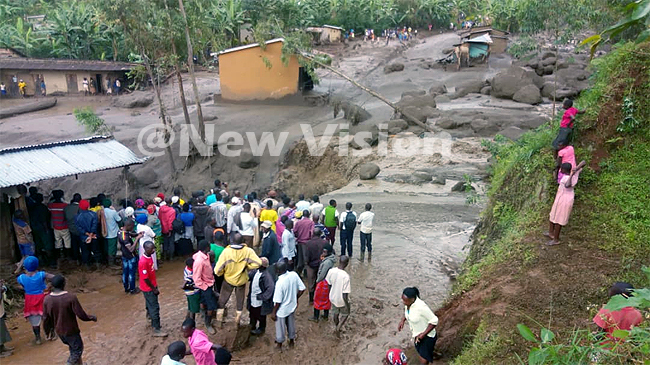 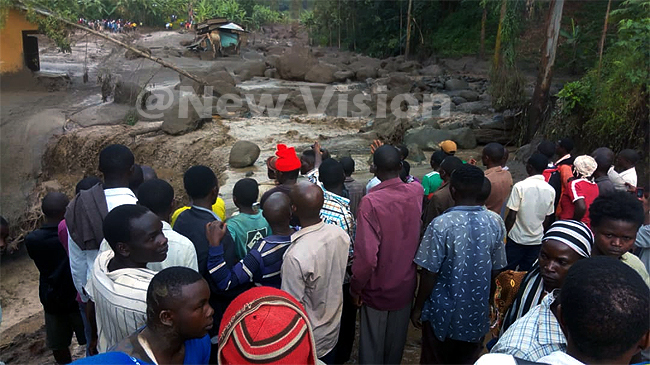 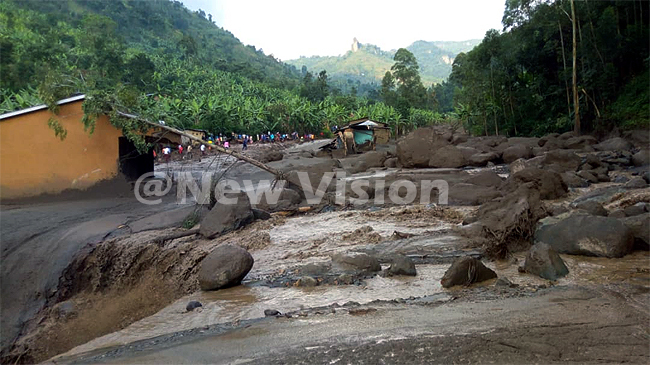 Earlier the Uganda Red Cross said in a statement that at least seven people had been buried after a "massive landslide" in Bukalasi.

"The preliminary report indicates that the number is likely to increase from the reported seven but we are yet to establish the actual numbers," Uganda Red Cross spokeswoman Irene Nakasiita said in a statement.

Nakasiita described the situation as tense with "community members... scared and fleeing from their homes."

She shared photos of the scene on WhatsApp, including images of dismembered corpses caked in mud laid out by the river.

Some of the bodies have been partly covered with  banana leaves by members of the public. 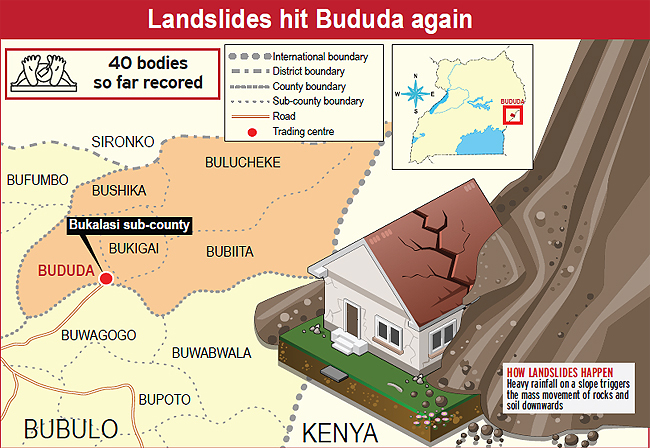 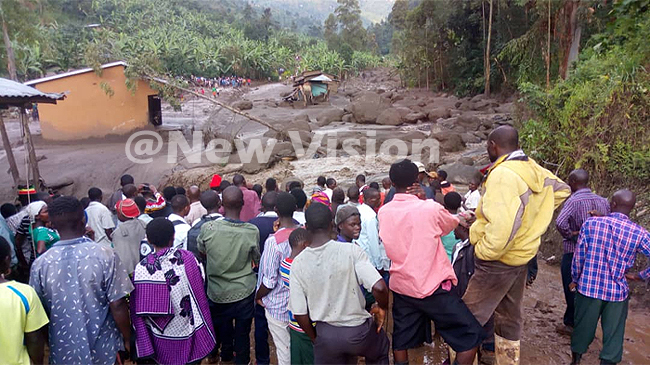 According to Bududa district chairperson, recovery efforts are restricted due to limited accessibility and navigation in the area. (Credit: Paul Watala)

Owor said however that there was no landslide. "A river which burst its banks in Bukalasi swept through a trading centre," he said.

Bududa district in the foothills of Mount Elgon, which lies on the border between Uganda and Kenya, is a high risk area for landslides.

At least 100 people were reported killed in a landslide in Bududa in March 2010 and in 2012 landslides destroyed three villages.

Landslides: What could be done differently

Another landslide in Bududa