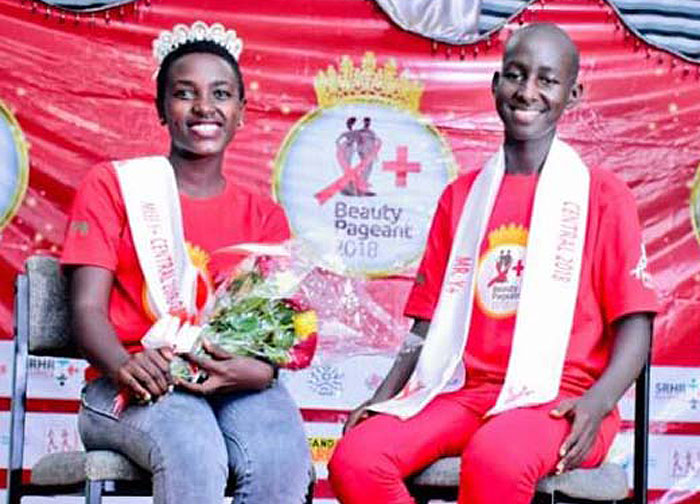 “It has been a cut-throat competition. Winning among over 80 competitors is no mean achievement."
TOP HIV: Towards zero STORY
3 years ago .
Addressing HIV/AIDS: Y+ pageant regional search underway
“We want young men and women in the age range of 16 and 25 who are focused, who can speak and who have information on issues on HIV/AIDS affecting young people."

PIC: Alice and Jaspa emerged the best of the best to represent central region at the Y+ Beauty Pageant 2018

The search for regional representatives for a Ugandan pageant involving young people living with HIV is on.

As many as 89 finalists were drawn from over 300 participants, and after auditions, 24-year-old Alice Vivian Nabanoba and Senior Four student Jaspa Muguna emerged the best of the best.

Nabanoba is an expert client at Alive Medical Services and Muguna, 17, is an O'Level finalist at Airforce Army Seconday School in Entebbe. They will represent central region for Miss and Mr. Y+ respectively at his year's edition.

Renowned Ugandan HIV activist Barbara Kemigisha was the lead judge and described the central region competition as having been very tight.

"It has been a cut-throat competition. Winning among over 80 competitors is no mean achievement. I ernestly congratulate the winners," she said as she crowned the winners.

"But I also hail those who did not win, they are good losers."

Kemigisha is the founder of Pill Power Uganda, a community-based organisation she established to show the importance of ARVs to people living with HIV.

She said Nabanoba and Muguna proved they are intelligent by the way they responded to the contest questions. Kemigisha had clarified they were not looking at the outer beauty, but rather brains, confidence, eloquence, knowledge and vision.

"We want young men and women in the age range of 16 and 25 who are focused, who can speak, who have information on issues on HIV/AIDS affecting young people, young people whom we can mentor and can drive the theme of 'zero stigma' to greater heights."

'Stigma deadlier than HIV itself'

Muguna said he aims to work with Mildmay and Uganda Network of Young People Living with HIV/AIDS (UNYPA) to destigmatize the community about the HIV/AIDS pandemic.

"Stigma is more lethal than HIV itself, and the struggle against the epidemic will never succeed without addressing stigma," he said.

So what made him beat his opponents? "Confidence and belief in myself," he underlined.

"I was inspired to join the HIV beauty contest by the former central region Mr. Y+, whose inspiring story I read from the New Vision website. I liked his courage when he said he disclosed his HIV status publicly without masking his face," Muguna revealed. 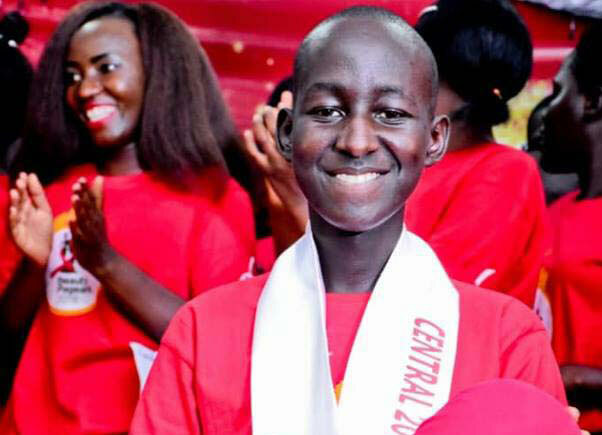 At the age of six, Muguna (pictured above) used to hear people gossiping that his family members were sick. At the time, he did not understand what they meant until he turned nine when he was brought to live in town.

One day, his mother sat him down and conselled him about HIV and positive living.  She then confessed to him that she was HIV positive and she likely passed on the virus to him via mother-child transmission. After a number of HIV tests, Muguna tested postive to the virus.

'I will reach out to young people' 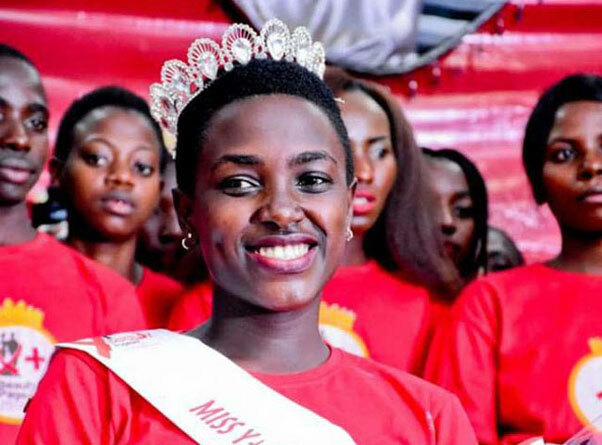 Meanwhile, Nabanoba (pictured above) said she was glad that participating in the pageant would enable her touch the lives of many people, especially those deep in villages.

"As Miss Y+ central region, I am going to work closely with UNYPA to ensure that we reach the young people who are not yet on board, those living in denial and those who are not strictly adhering to their medication."

Nabanoba learnt about her HIV positive status in 2012 after testing voluntarily.

She used to test many times just for fun. Once, the health worker who tested her concealed her results. It was only after some time the same health worker realised her condition was deteriorating that he told her mother about her status.

He advised her to start medication before the virus could put her down.


Why the Y+ Beauty Pageant?

The contest is organised annually by UNYPA, with the aim of addressing and ending stigma and discrimination surrounding HIV.

Nicholas Nuwagaba, who is the director executive of UNYPA, said the unique competition empowers young people with knowledge and advocacy skills that enable them lead the fight against stigma.

It is envisioned on beauty with zero discrimination. 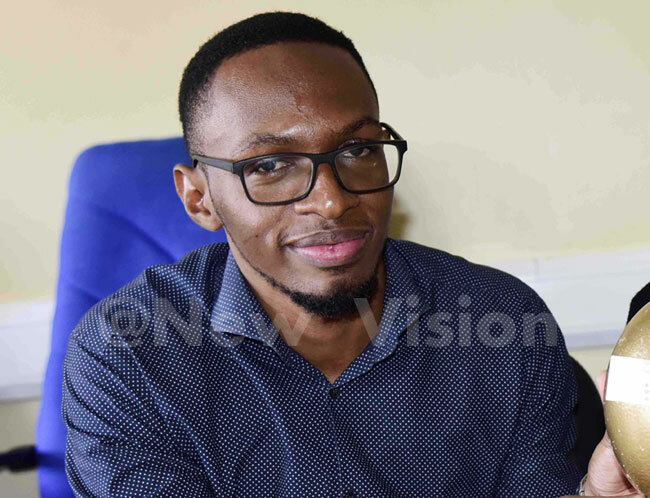 "Young people living with HIV are stigmatized by their guardians, potential employers, relatives and the general public. This, in the long run, affects their uptake of HIV services at healthy facilities, their adherence to drugs and depression from fear to disclose," he said.

"UNYPA therefore steps in to uplift the plight of young people living with HIV by working together to re-echo their voices and build a strong, creative and productive generation through the entire campaign."

Nuwagaba acknowledges that many young people are acquiring HIV because they don't have accurate information about the virus. The success stories the young people who take part in the Y+ beauty pageant share show that they grow and shine with this platform.

To begin with, they are shown that they are beautiful/handsome.

Secondly, they are told to embrace themselves.

And thirdly, they are encouraged to adhere to their medication.

The capacity of these young people is built and they are equipped and they become ambassadors of change in their communities.

Every year, auditions for Miss and Mr. Y+ are carried out across different regions of the country (central, eastern, western, and northern), according to the National Report on HIV/AIDS informed by UNAIDS and NAFOPHANU. 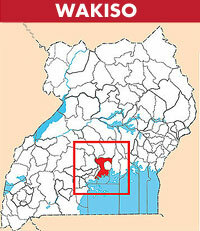 Wakiso district, which lies in central region, was chosen because there is a significantly higher HIV prevalence among the youth, especially females. Overall, HIV prevalence is 40%, with 27% among females and 13% in males.

There is also inconsistence in condom use in the district among HIV positive youths compared to HIV-negative youth. More HIV-positive females were receiving antiretroviral therapy (ART) than their male counterparts.

All these are factors significantly associated with the HIV response.

Therefore the low uptake of HIV prevention and treatment services and an urgent need for youth-friendly services in the region prompted UNYPA to decide to host the competition in Wakiso.