102 students get university scholarships
Next Story

Our funds are being given to wrong people: ghetto boys

Youth in Kamwokya talk to journalists as they wait for the return of the Ghetto President, also Kyadondo East legislator, Robert Kyagulanyi alias Bobi Wine on Thursday September 20, 2018. Photo by Eddie Ssejjoba

KAMPLA -The Kamwokya ghetto youth have  said  President Yoweri Museveni was giving money meant for their empowerment to wrong people.

The "Ganja planters" as they are commonly referred to, received the news of the ghetto president (Bobi Wine) return with hope.

When engaged by journalists on the latest scheme by  the President aimed at empowering them financially, they were quick to dismiss it. 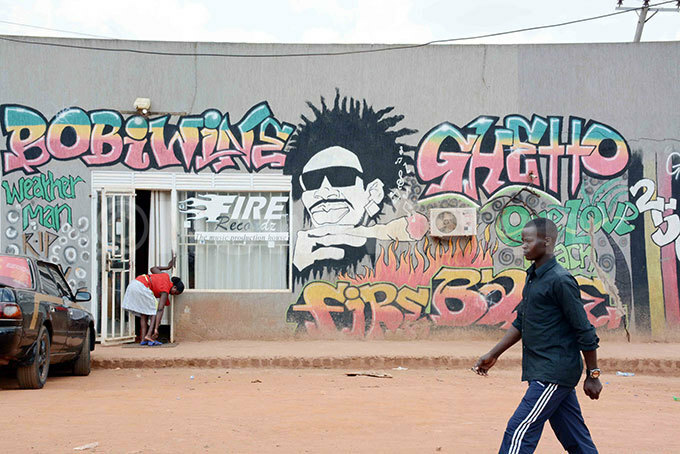 A young man walks passed Fire Base offices in Kamwokya, a city suburb and home of Kyadondo East legislator, Bobi Wine ahead of his return from the United States where he had gone for treatment.

"For us we have our president who will care for us and relocate State House to Kamwokya and we are waiting for him here for lunch," one of the ghetto boys said.

The donations according to State House are meant to empower youth to improve their livelihoods. This attracted critical response from opposition players.

Museveni has since urged the youth in the slums of Kampala to listen to the National Resistance Movement (NRM) if they are to improve their livelihood in the slums where they live.

Bobi Wine returned to the country on Thursday after spending 19 days in the US where he received treatment following alleged torture at the hands of the security forces after the Arua byelection violence. 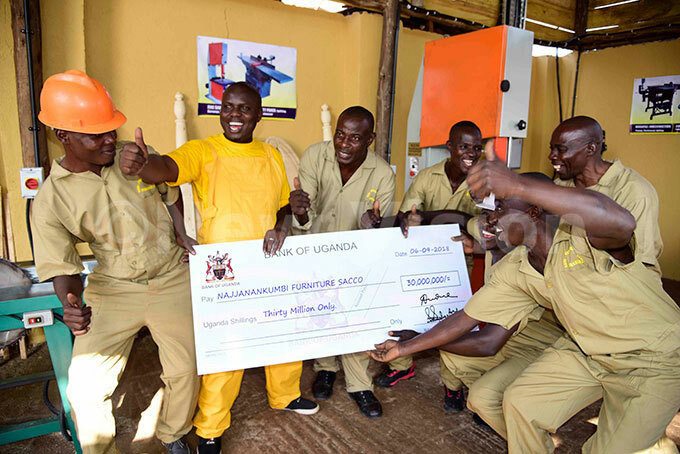 Bobi Wine's brother, Banjo Man, who also lives in Kamwokya, emphasised that the people who received the money were not from the ghetto as others shouted: "Those people have never smoked weed."

He disclosed that those people were being stage managed to defraud the President.

"We have never seen anybody coming to mobilise us for such an arrangement. We saw all those people on TV. No one is a ghetto boy," he said.

Banjo said many youth in the ghetto were disadvantaged and unable to read and write, emphasising that it would require affirmative action to transform them. 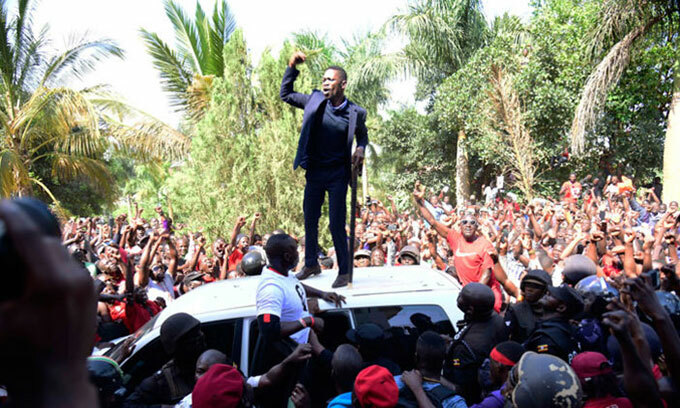 The ghetto boys pledged to continue observing peace as long as nobody attempted to arrest or torture the ghetto president (Bobi Wine).