A closer look at this year's Harvest Money Expo

For the visitors at the expo, it was important that they learned how what they were seeing was done. On top of the tour, this year's farming exhibition also had several training sessions. Take a look.

For the visitors at the expo, it was important that they learned how what they were seeing was done. On top of the tour, this year's farming exhibition also had several training sessions. Take a look.

Vision Group organised yet another successful Harvest Money Expo, which ran from Friday until Sunday. This year's farming exhibition came bigger, better and more organised, thanks to lessons drawn from the first edition last year. In fact, this time round, the show took up the entire Namboole Stadium.

Let New Vision photojournalists Miriam Namutebi and Badru Katumba take you around through the lenses of their cameras . . . 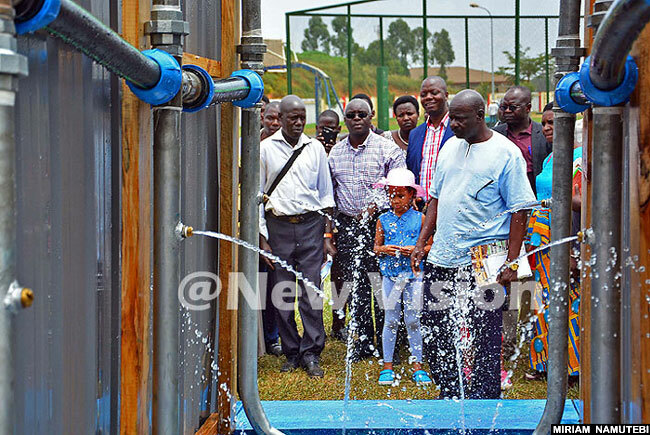 The modern dip system was one of the attrations at the expo. Even Vision Group chief executive Robert Kabushenga appeared impressed. 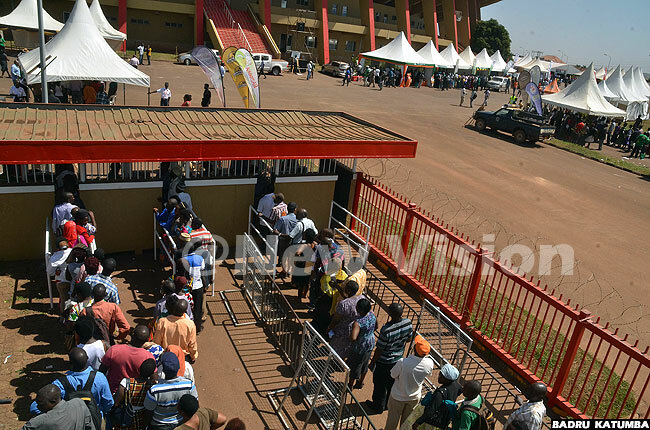 For the three days of the show, thousands of people joined the queue at the various gates of Namboole to attend the expo. 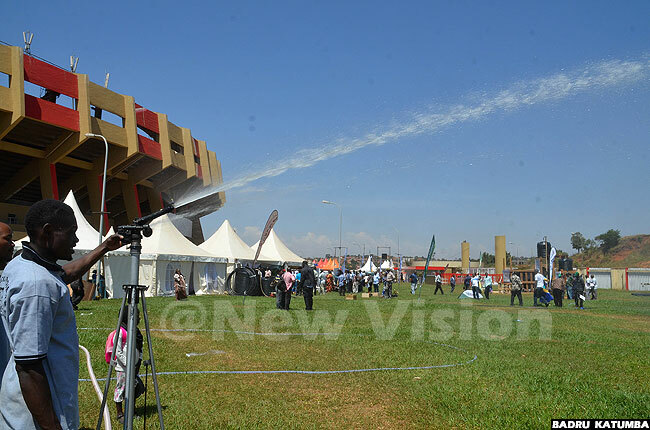 There was a whole bunch of stuff on show. The irrigation section was, as expected, very practical. 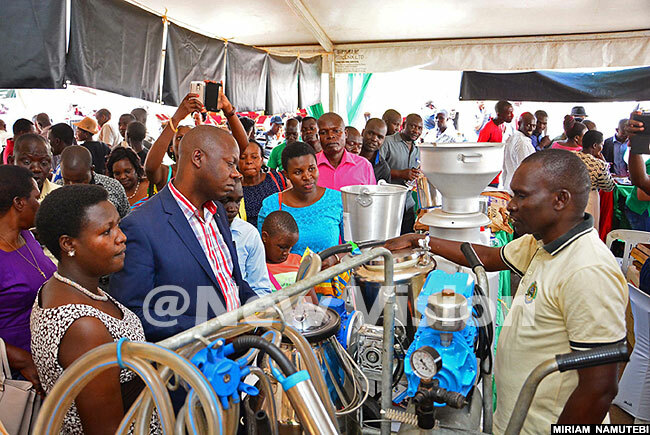 The more than 100 stalls at the expo drew curious guests, who were keen to learn anything agriculture. At the agriculture ministry stall, guests took notes on milk processing. 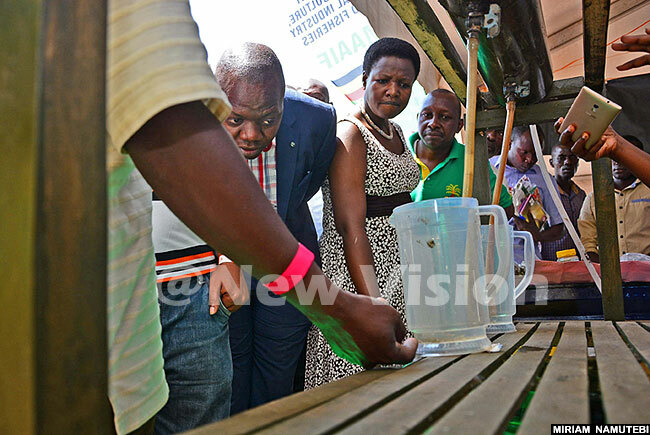 At the same stall, exhibitors demonstrated how to grow and breed fish. 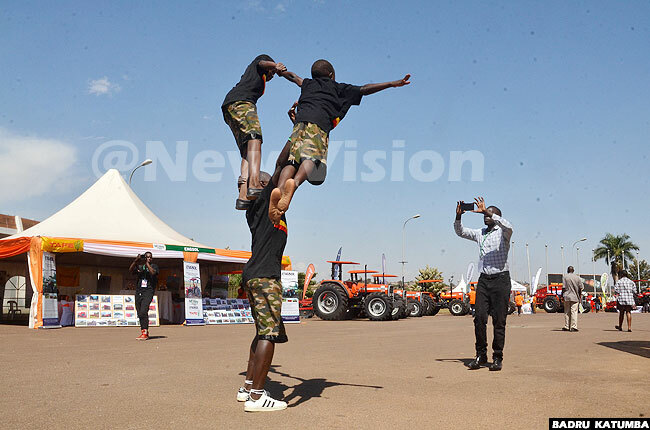 On the sidelines of the expo, acrobats had their own show to put on display. 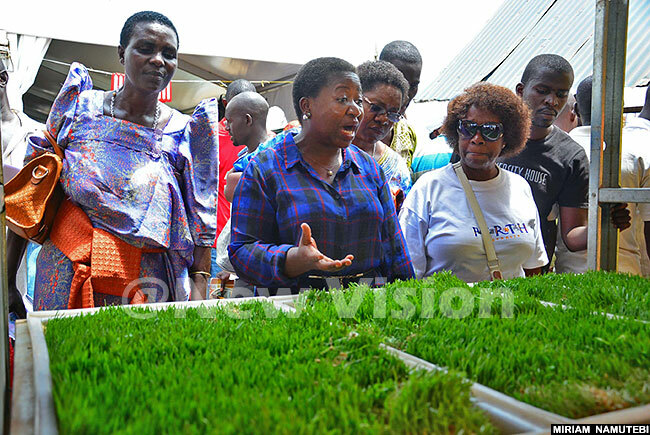 So how do you go about articifial turf?

You were at the right stall. 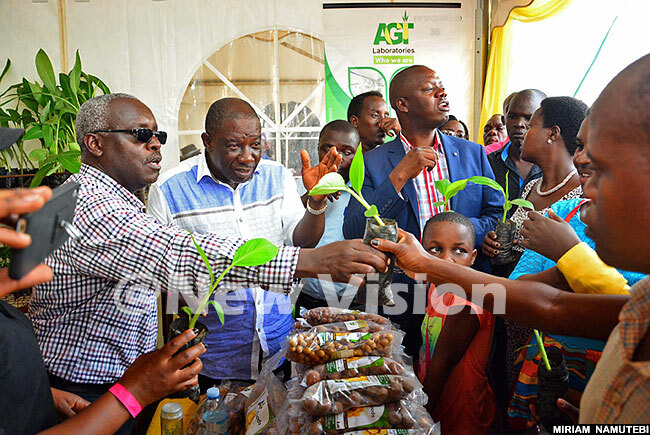 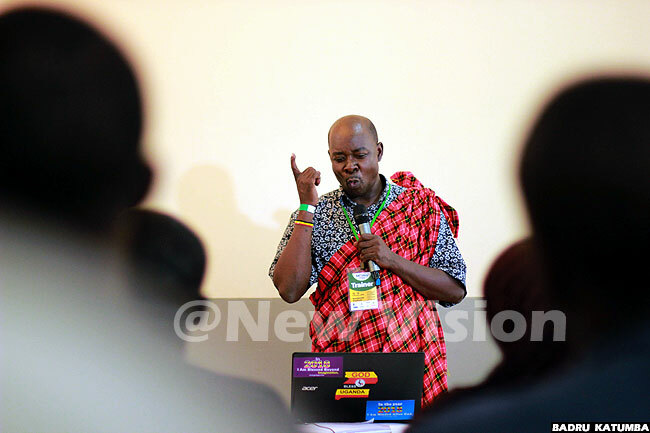 Another major attraction of the expo were the several training sessions in selected enterprises including bananas, piggery, poulty, coffee, urban farming and livestock management. 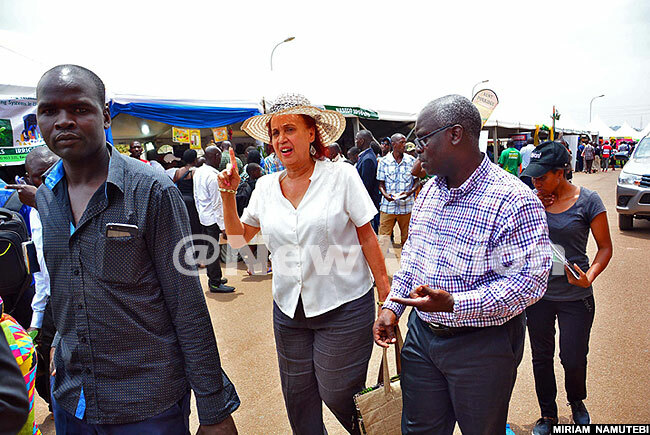 tFormer Uganda Investment Authority (UIA) executive director Dr Maggie Kigozi was one of the several high-profile guests at the expo. 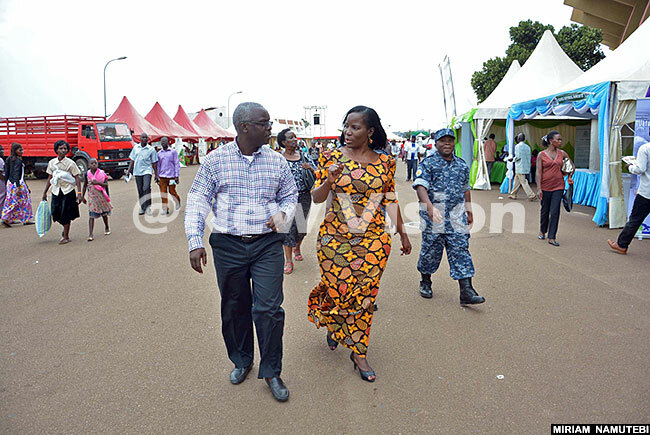 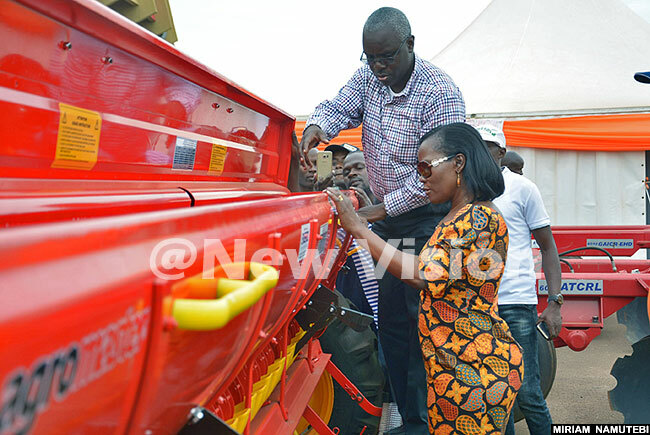 Kabushenga took her for a tour of the expo, including one of the tractors at the Engsol Solutions stall. 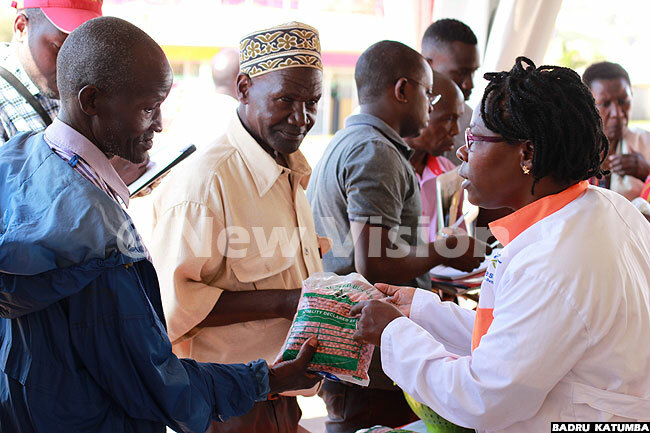 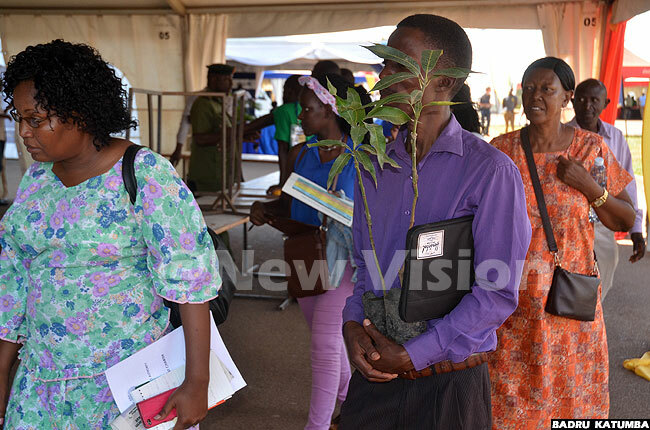 Guests walked away with a wealth of information and ready to plant their ideas for richer harvests. 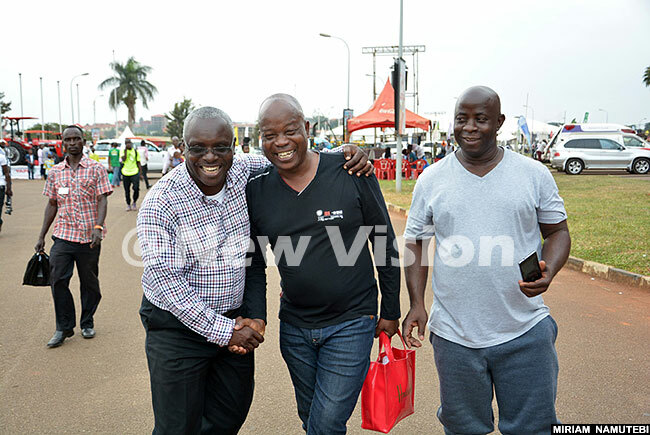 Renowned radio personality Meddie Nsereko was at the expo. He and Kabushenga shared a light moment in transit. 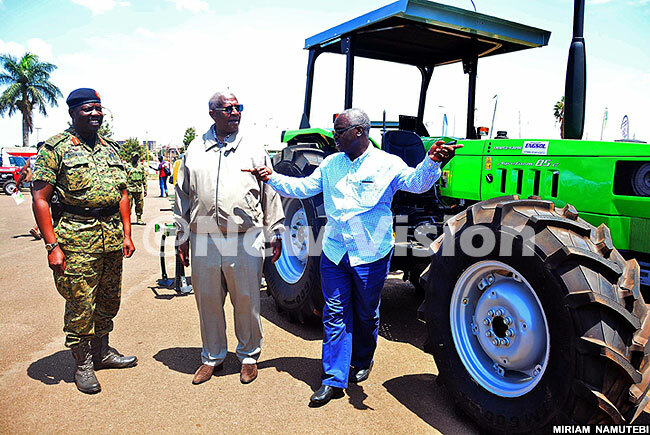 By the final day, a number of tractors had stickers saying: 'SOLD' 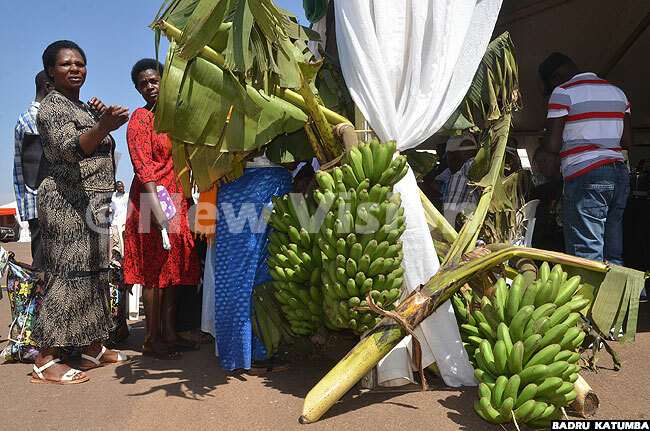 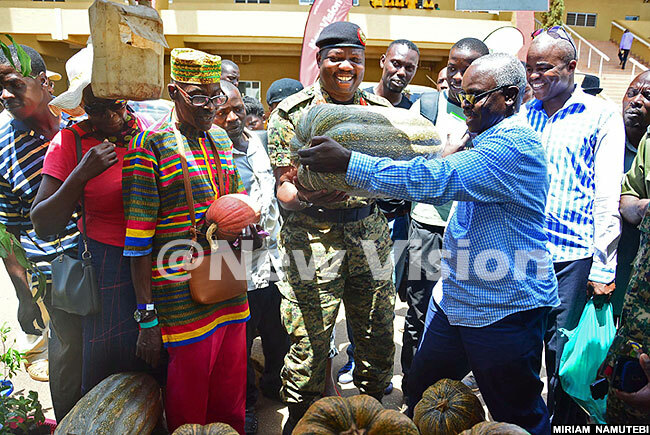 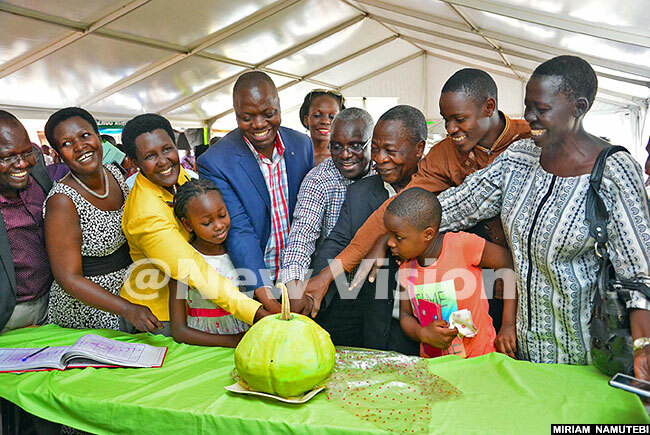 Kabushenga and members of Parliament's agriculture committee cut a cake made out of pumpkin flour by farmer Henry Kasozi(in black coat) at his stall.

A look at what was on show