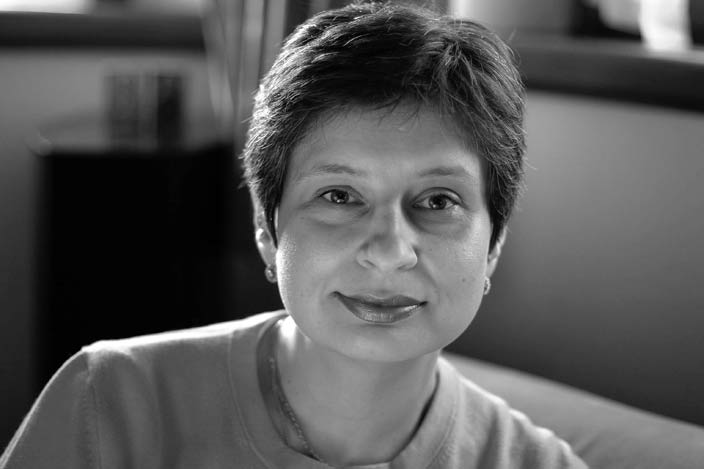 Today, it is again time to name names, and not only in the UK, where democracy is writhing with Brexit fever.
TOP Opinion STORY
Fri Aug 25 2017 .
Guilty Man

Today, it is again time to name names, and not only in the UK, where democracy is writhing with Brexit fever.

In 1940, with Britain standing alone against Nazi Germany, a short book called Guilty Men was published under the pseudonym of "Cato."

Its authors were the future Labour Party leader Michael Foot, the Liberal journalist Frank Owen, and the Conservative journalist Peter Howard. Guilty Men was a jeremiad that called to account the men - including Neville Chamberlain and Lord Halifax, then still members of Winston Churchill's cabinet - whose appeasement of Adolf Hitler had helped to bring the United Kingdom to the brink of annihilation.

Today, it is again time to name names, and not only in the UK, where democracy is writhing with Brexit fever. In the United States, a fetid paranoia has taken hold, with the white supremacist aggression in Charlottesville, Virginia over the August 12 weekend - where a peaceful counter-protester was killed and many were injured - just the latest manifestation.

President Donald Trump, no surprise, doesn't want to name names. It took him two days to condemn the racist groups that wreaked havoc in Charlottesville. And then he quickly backtracked, equating the Klansmen and "alt-right" extremists brandishing swastikas and chanting Nazi slogans with those who turned out to oppose them. In fact, Trump owes his presidency to the forces of rage and resentment on display in Charlottesville.

But while Trump has gleefully fanned the flames of hatred in the US, he did not kindle them, just as the Brexiteers did not do so in the UK. We need to look beyond these figures to determine who really is responsible for fomenting a political climate where blatant lies and explicit racism and bigotry have entered the mainstream of public discourse. Only when we identify the sources of the odious virus now afflicting our democracies can we take practical steps to quarantine them.

For decades, this impresario of the right-wing political-entertainment complex has coarsened politics in the UK and the US - not to mention his native Australia - for the sake of profit and political influence. Murdoch's newspapers and television networks might as well have patented the recipe for the deceitful, dog-whistle politics that powered Trump's rise and the Brexit vote.

Of what, precisely, is Murdoch guilty? Let us put aside the ever-expanding roster of sexual harassment and assault complaints brought against his flagship Fox News Channel. These have been so numerous and egregious that even the network's founder, the late Roger Ailes, and its leading money-maker, the on-air blowhard Bill O'Reilly, finally (and reluctantly) had to be sacked. Let us also put aside the scandalous hacking of private telephones in the UK, which culminated in the closure of Murdoch's beloved tabloid The News of the World in 2011.

To establish Murdoch's culpability, it is enough to focus solely on the recent record of lies and deception from Murdoch-owned media outlets. There were, for example, the repeated attempts by Fox News to insinuate that the murder of Seth Rich, a young Democratic National Committee staffer, was orchestrated by Hillary Clinton's presidential campaign team to hide Rich's alleged role in leaking internal DNC emails. In fact, a recent lawsuit alleges that Fox News actually worked with the White House to promote this bogus story.

This was hardly the network's only anti-Clinton invention. Fox News host Sean Hannity and regular Fox commentator Newt Gingrich eagerly propagated one of the most bizarre conspiracy theories of our time: the claim that Clinton and her cohort were running a pedophilia ring out of a Washington, DC, pizzeria. This truly nutty story led an armed man to enter the pizzeria and fire a rifle.

But that incident apparently gave neither Fox News nor its owner pause. Instead, the network went on to perpetuate the outright lie that Britain's intelligence-gathering agency, the Government Communications Headquarters (better known as GCHQ), had been tasked by President Barack Obama to spy on Trump during the campaign. And it promoted the baseless story that former FBI Director James Comey, who Trump fired amid an intensifying investigation into his campaign's potential collusion with Russia, had leaked classified memos.

Of course, the sins of Murdoch's media outlets are not limited to the US. To name one British example, the Murdoch-owned Sunday Times recently published a column by an Irish Holocaust denier repeating the old racist calumny that Jews love only money, while belittling women who work at the BBC for receiving lower pay - supposedly a result of their failure to assert themselves.

In any responsible press organisation, the publication or broadcast of even one of these genuine examples of fake news would be grounds for dismissal of the editors responsible - not least because of investors' outrage. Yet Murdoch has continued to produce large enough profits to silence institutional shareholders such as the Vanguard Group, Fidelity Investments, and Franklin Templeton Investments.

Individual investors are equally complacent. Consider Saudi Prince Al-Waleed Bin Talal, the second-largest shareholder of Fox News's parent company. He is apparently more interested in making money than pushing back against, say, the network's propagation of incendiary claims about Muslims, including that they are trying to impose Sharia law on the US.

If markets cannot induce better behaviour from Murdoch, it may be up to governments to step in. With Murdoch seeking to acquire full control of Sky Television, British regulators have a critical opportunity to prevent a Fox News clone from appearing on British television screens - if they have the courage, which UK regulators have not shown up to now.

Previously, Murdoch and his sons were somehow deemed "fit and proper" owners for a UK television license. But as the catalogue of lies that Fox has promoted in the first six months of the Trump presidency has demonstrated, there is no man more unfit for ownership of a media outlet in a democracy than Rupert Murdoch.

As a former citizen of a country - the Soviet Union - that was morally and politically corrupted by propaganda, I am well aware of the damage that can be done by weaponised "news." Murdoch is one of the truly guilty men of our times, and he must be stopped.

Nina L. Khrushcheva is Professor of International Affairs and Associate Dean for Academic Affairs at The New School and a senior fellow at the World Policy Institute.