The team’s motto is Success Continues and they are nicknamed the Caterpillars meaning they are destroyers.

The team’s motto is Success Continues and they are nicknamed the Caterpillars meaning they are destroyers.

The team's name is driven from their area of origin named Onduparaka which means the stem of a sorghum plant. It is not unusual to find sorghum plantations in the area.

The team's motto is Success Continues and they are nicknamed the Caterpillars meaning they are destroyers.

Onduparaka started as a village team in the area with no clear goal other than just playing for fun.

In 2002 they registered for the village Christmas Cup which they won and it was from here that they got inspired to register their team in the West Nile Fourth Division league in 2006 where they finished with a 100% record. 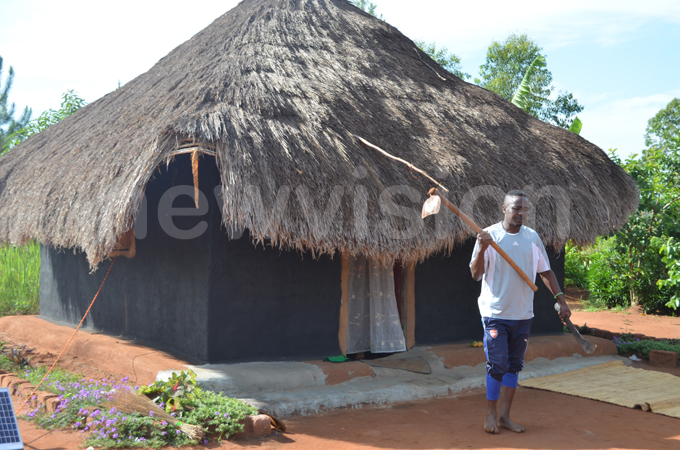 Playing in the Third Division League during the 2012 season, Onduparaka defeated Koboko Rising in the final to qualify for West Nile Regional League.

All this season, the club did not have their own home ground and they found refuge at a Catholic Church playground.

In 2014-2015 they won the West Nile Regional League which got them promoted to the FUFA Big League with an unbeaten run under Coach Allan Kabonge.

Kabonge at a recent game

During the 2014/2015 season they opened their new stadium Green Light Stadium in August and invited URA FC for a friendly game that ended 0-0.

At the beginning of the 2015/2016, Big League season Onduparaka believed they could get into the Azam Uganda Premier League, and it actually happened. They topped the Elgon Group 53 points when they won their last game of the season 3-0 against Sporting United to gain automatic promotion to the premier league. Fans celebrate a win with one of the players

In their chase for promotion to the country's top league, Onduparaka turned the Green Light stadium into an impregnable fortress with an unbeaten home run stretching 15 games.

But Onduparaka claimed their biggest scalp when they beat the national soccer team; the Uganda Cranes 1-0, during the latter's West Nile tour.

Prior to the match, Kabonge had warned the Cranes stars and their coach Micho Sredojevic that, in Onduparaka FC, they were going to meet the Cranes of West Nile! Fans celebrate a recent win at the Green Light Stadium

Many football enthusiasts might have taken Kabonge's word lightly, but at the end of 90 minutes the Cranes of Uganda were clutching at straws as the Cranes of West Nile came out on top.

The club's strength lies in Mohammad Shaban, 18, who has notched 15 league goals this season. The national under-20 player joined the team during the mid-season transfer window.

Rashid Egau is another prolific striker who has scored 13 league goals.

Their defence is held together by 19-year-old Rashid Toha aka Per Mertesacker who stands at 6ft 6in. Fans line up to buy tickets

The management of the team has also done a lot to see that the day-to-day running of the team is smooth.

Behind all this is Nyakuni a businessman in Kampala and Arua who often bankrolls the team.

"The funds we get from the gate collections during the games at home also come in handy in financing the team,'' says Pario.

The club has also produced merchandise which the fans can buy to identify with the club and helping to finance its activities. 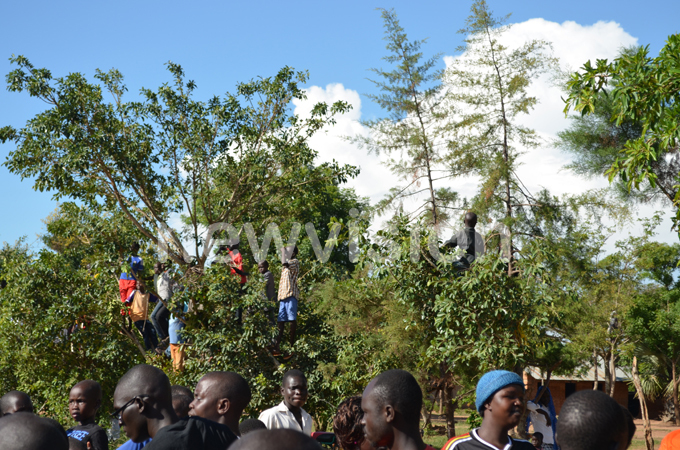 Fans climb trees to catch a glimpse of their heroes

This season, Onduparaka is estimated to have spent sh64m and their revenue was sh36m which gave them a deficit of sh28m but with the help of Nyakuni and Erema they have managed to cover all this.

The team's biggest gate collection was during their friendly match against URA FC, they collected sh12.3m.

Isabirye takes over at Soana FC

Isabirye takes over at Soana FC