Home
NEWS
MEDIA
Supplements
Tenders
Notices
Racers battle through the sandy section of the Busiika track during the MAU Challenge 6. Photo by Johnson Were

Alon Orland and Gift Sebuguzi lit up the 6th round of Mountain Dew MAU Challenge at the Uganda Motorsport Arena Busiika on Sunday in Luwero district.

The event that was used as a precursor for the Armed Forces Motocross Championship due on November 13 at the same venue, lived its billing. 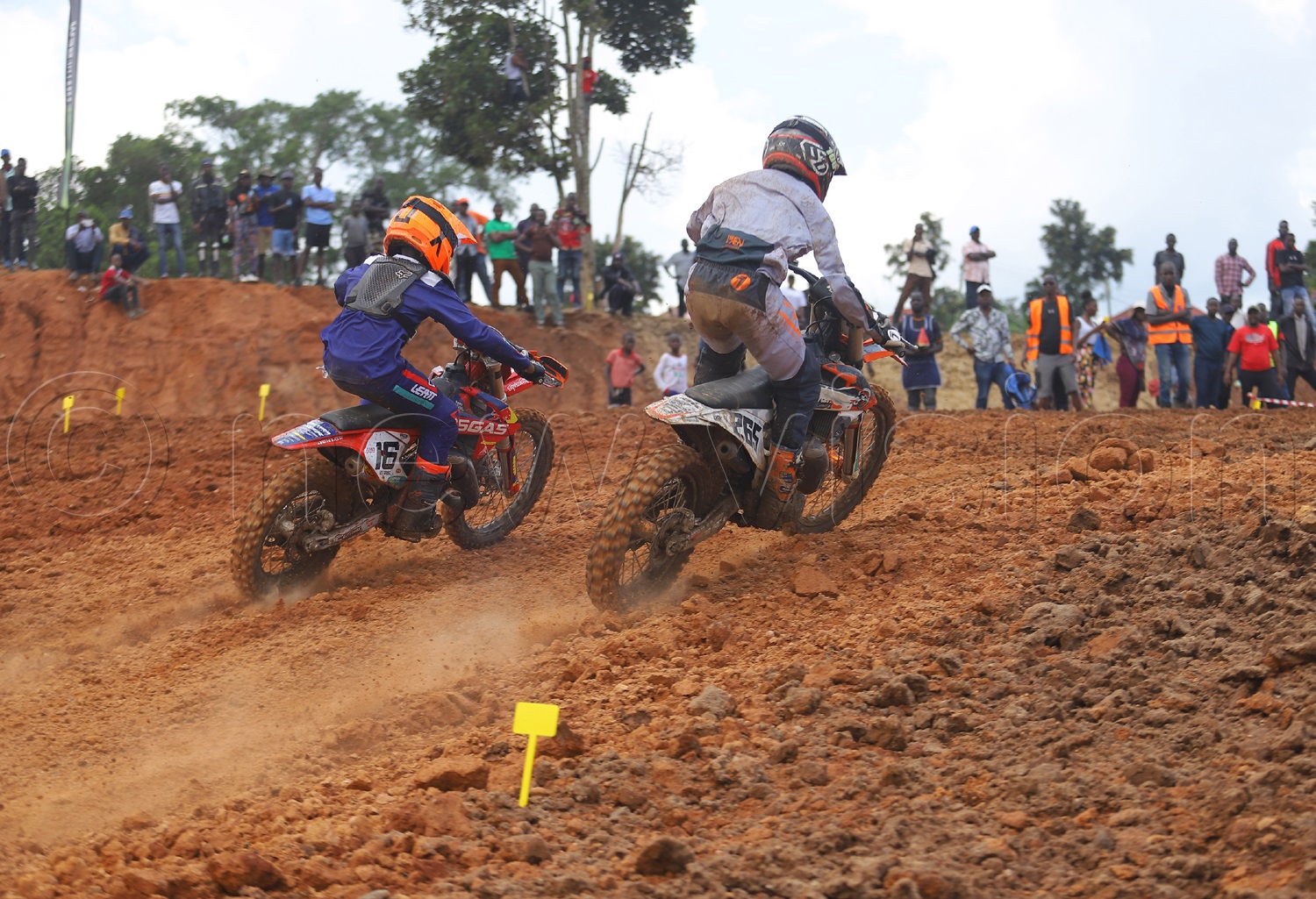 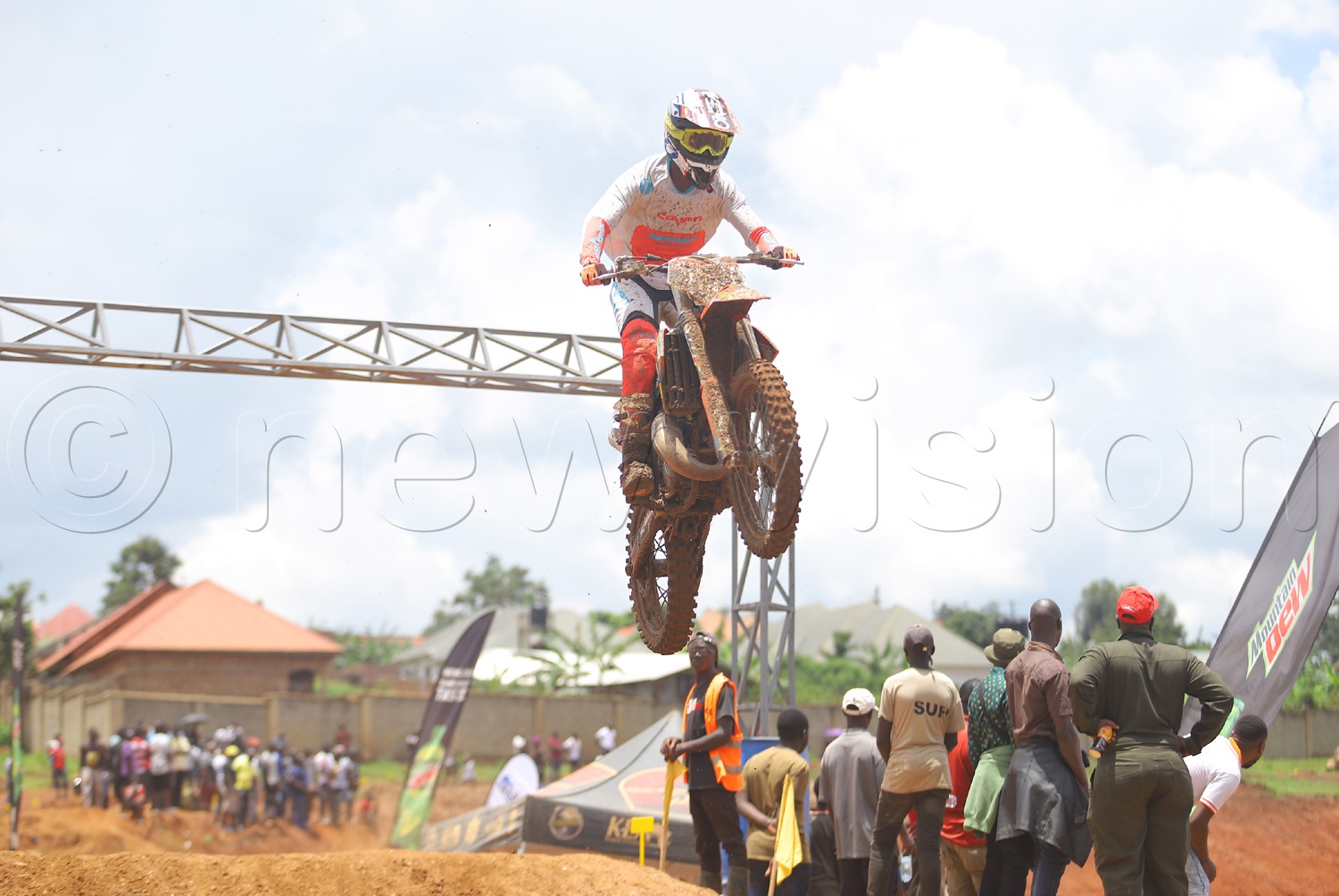 The action-packed day on the upgraded Busiika track had racers exhibit high-quality racing skills in the different classes ranging from the 50cc to the MX1 class.

However, African champion Malcolm Gift Sebuguzi and Alon Orland superseded all the others and were awarded medals of excellency by the organisers. 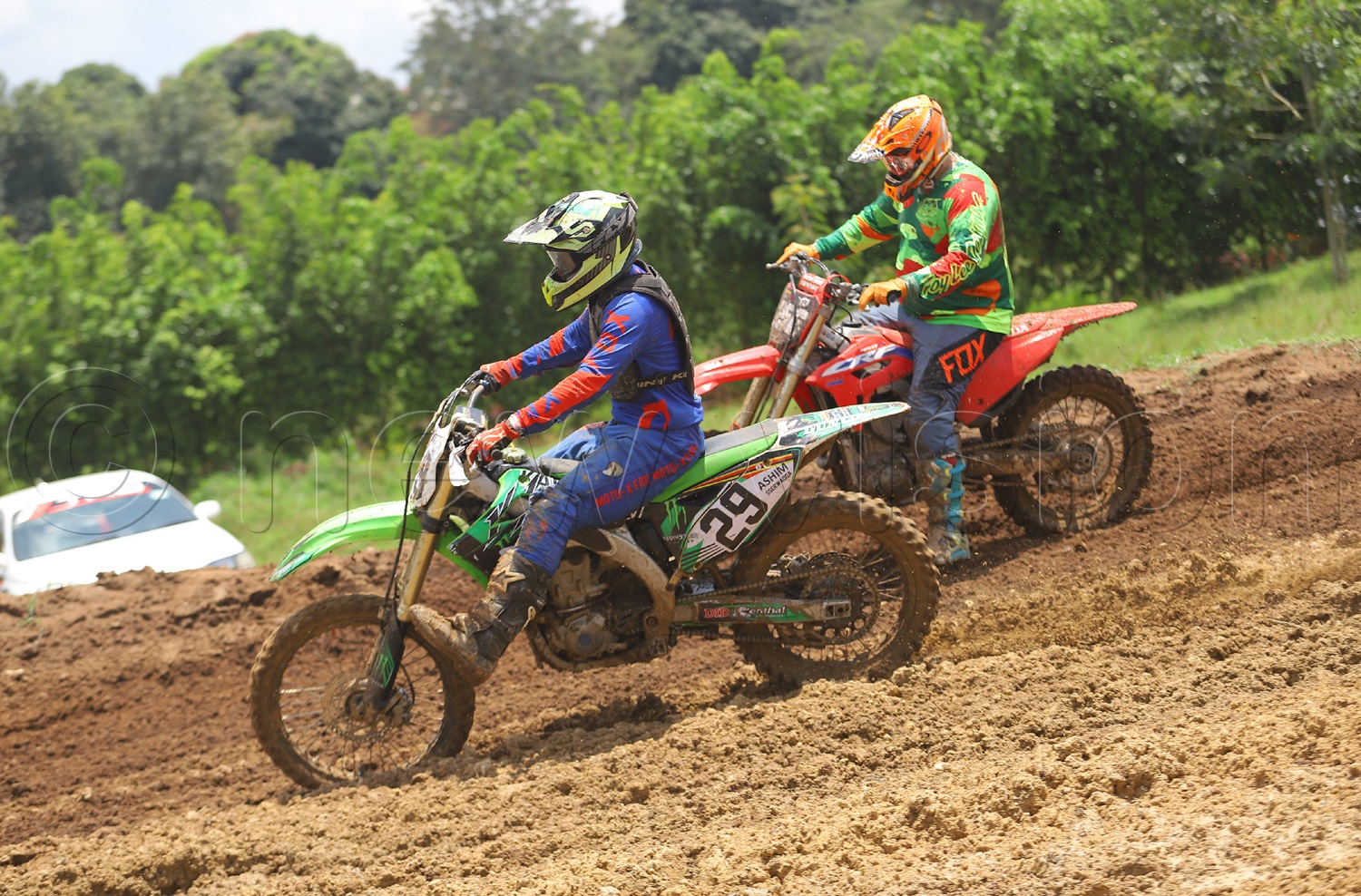 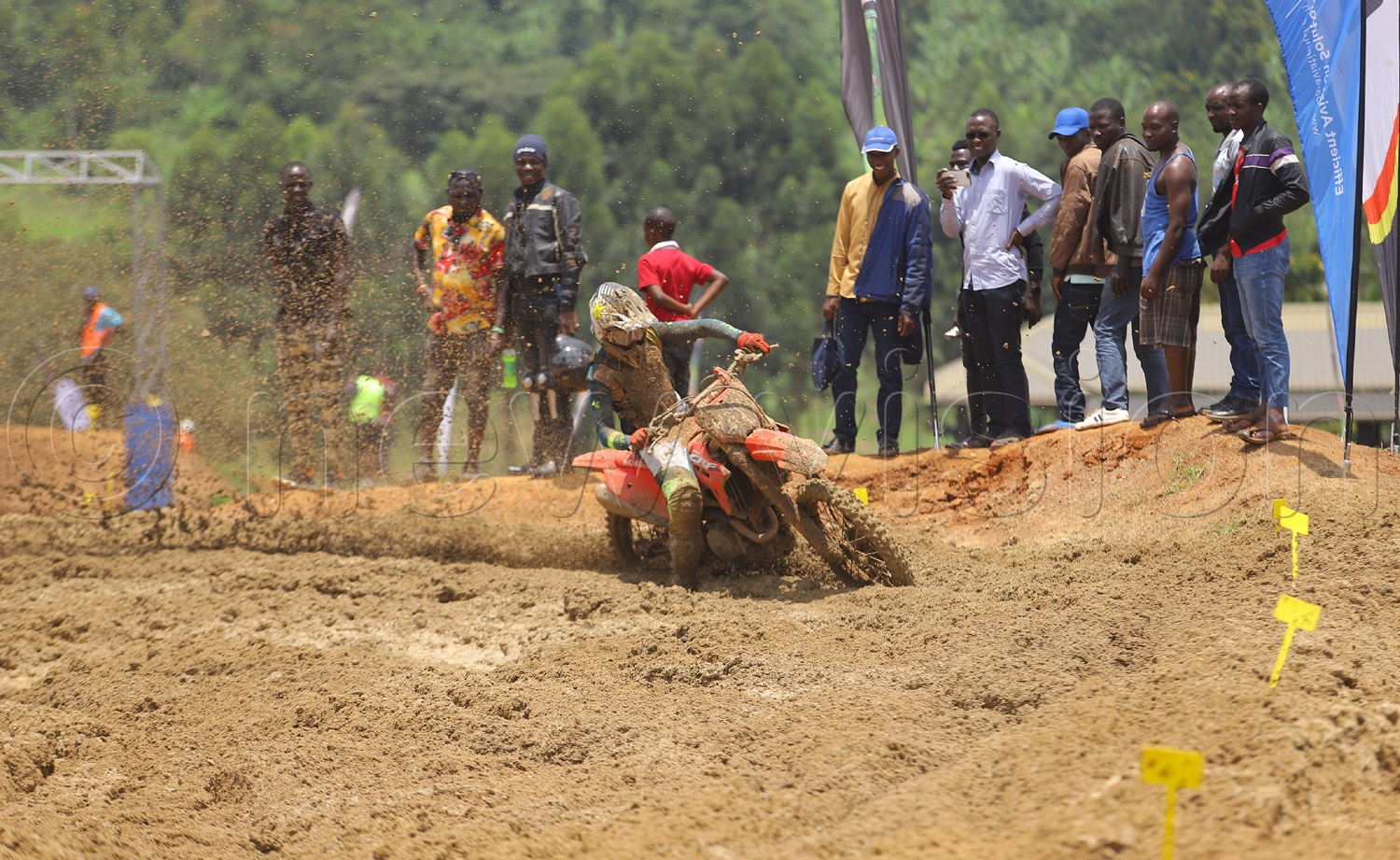 Sebuguzi finished second behind Waleed Omar in the MX125cc class in a tightly contested race that excited fans so much while Alon won the MX1 class.

The battle between Omar, Sebuguzi and Milton Akaki was very exciting and gave fans value for their money. 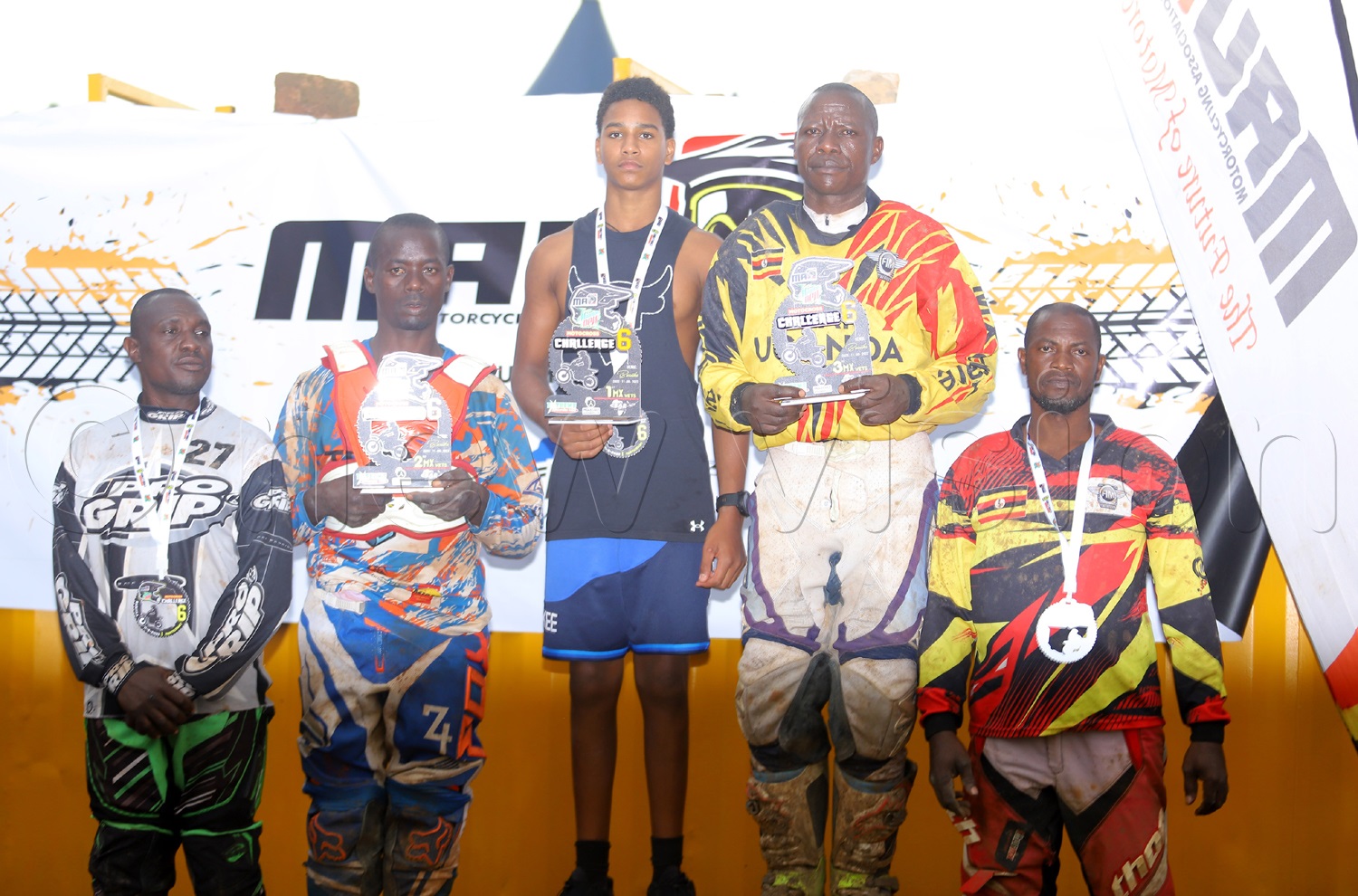 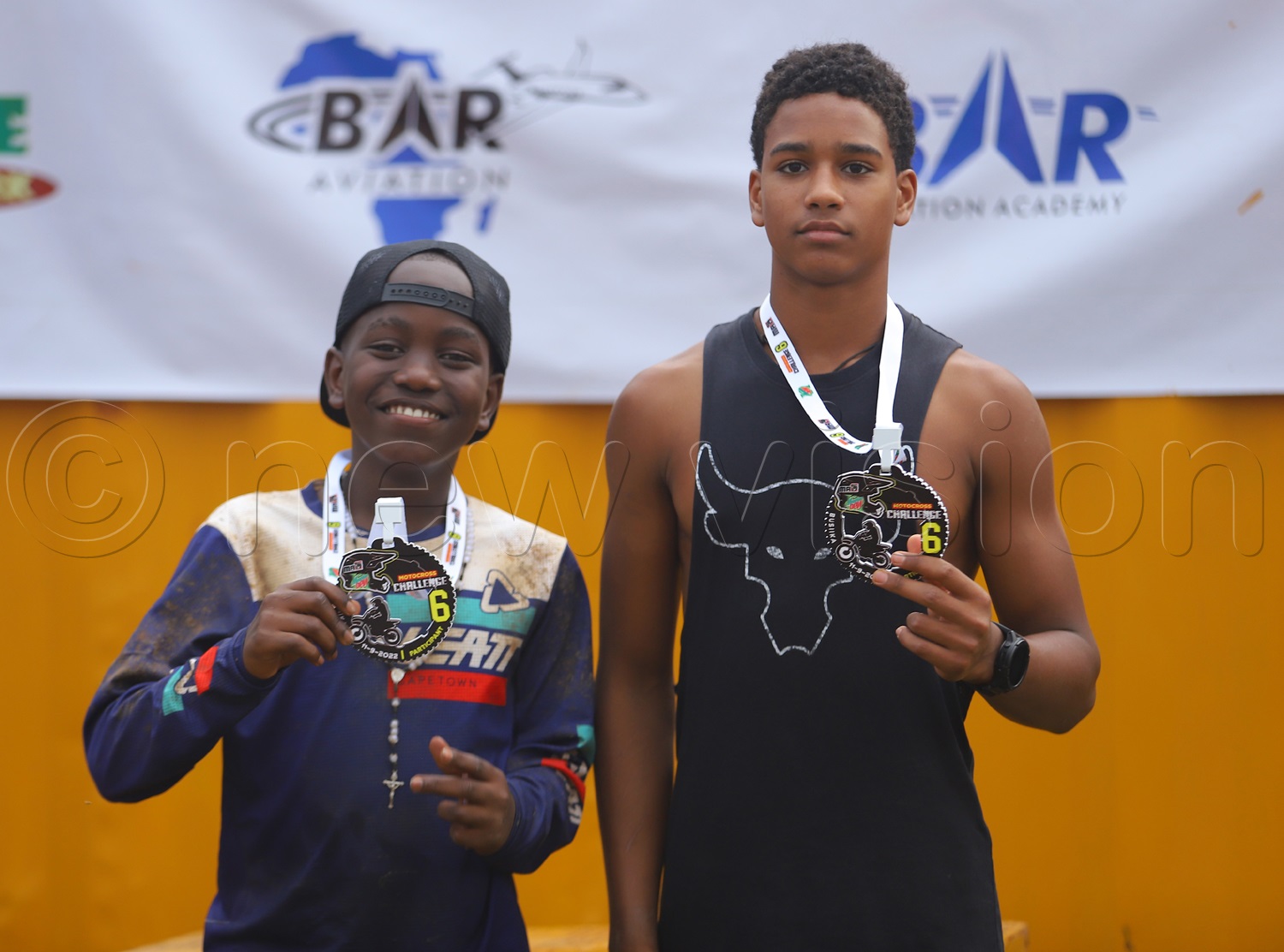 Gift Sebuguzi (L) and Alon Orland were honoured for their excellent performances. Photo by Johnson Were

The two were racing in a class above theirs as guests but proved to them that they are powerhouses to reckon with.

“Waleed Omar was superb today, but we honoured Gift and Alon because they raced in the classes above their level and performed well,” MAU secretary Julius Bukenya told New Vision Sport. 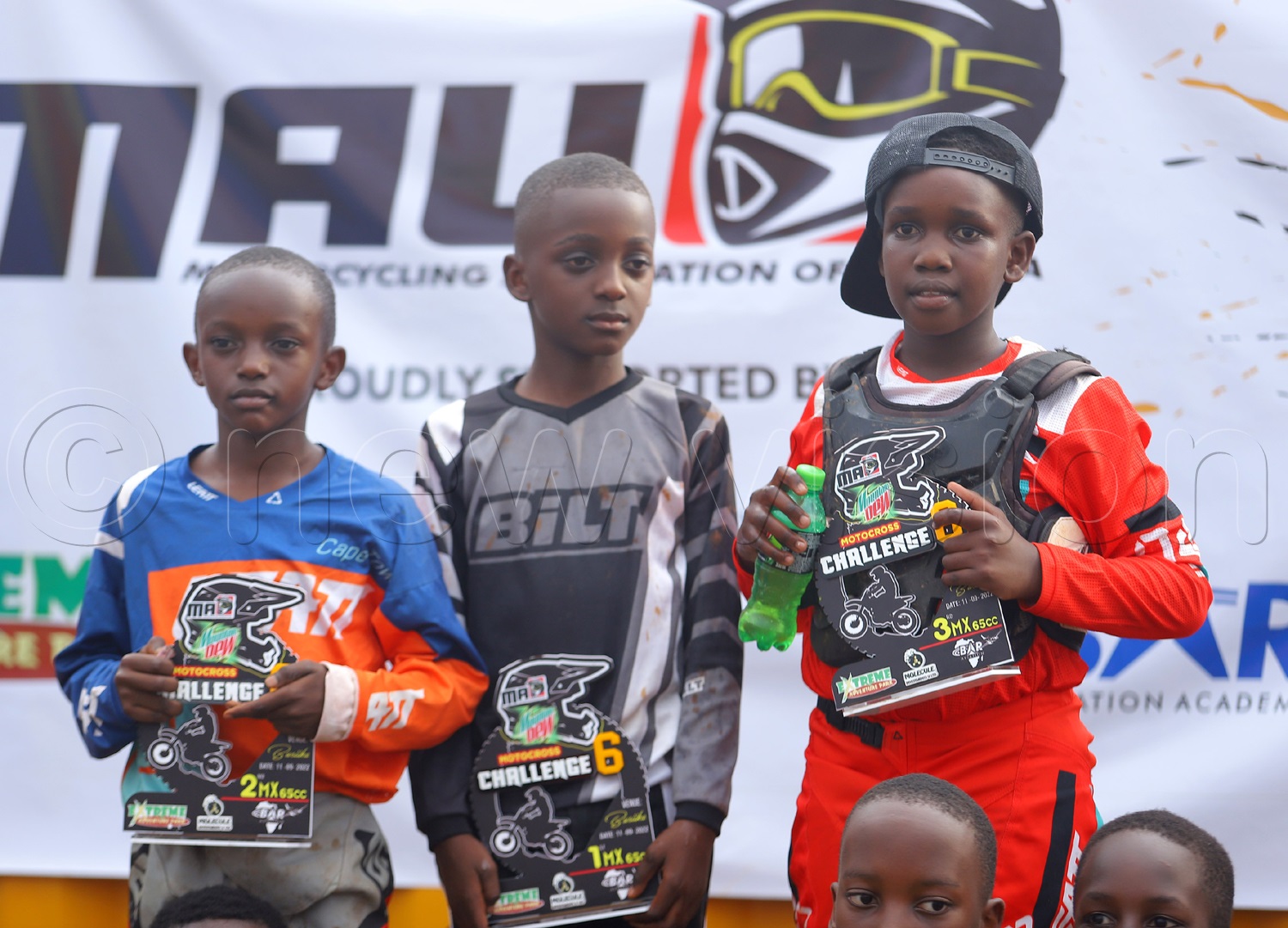 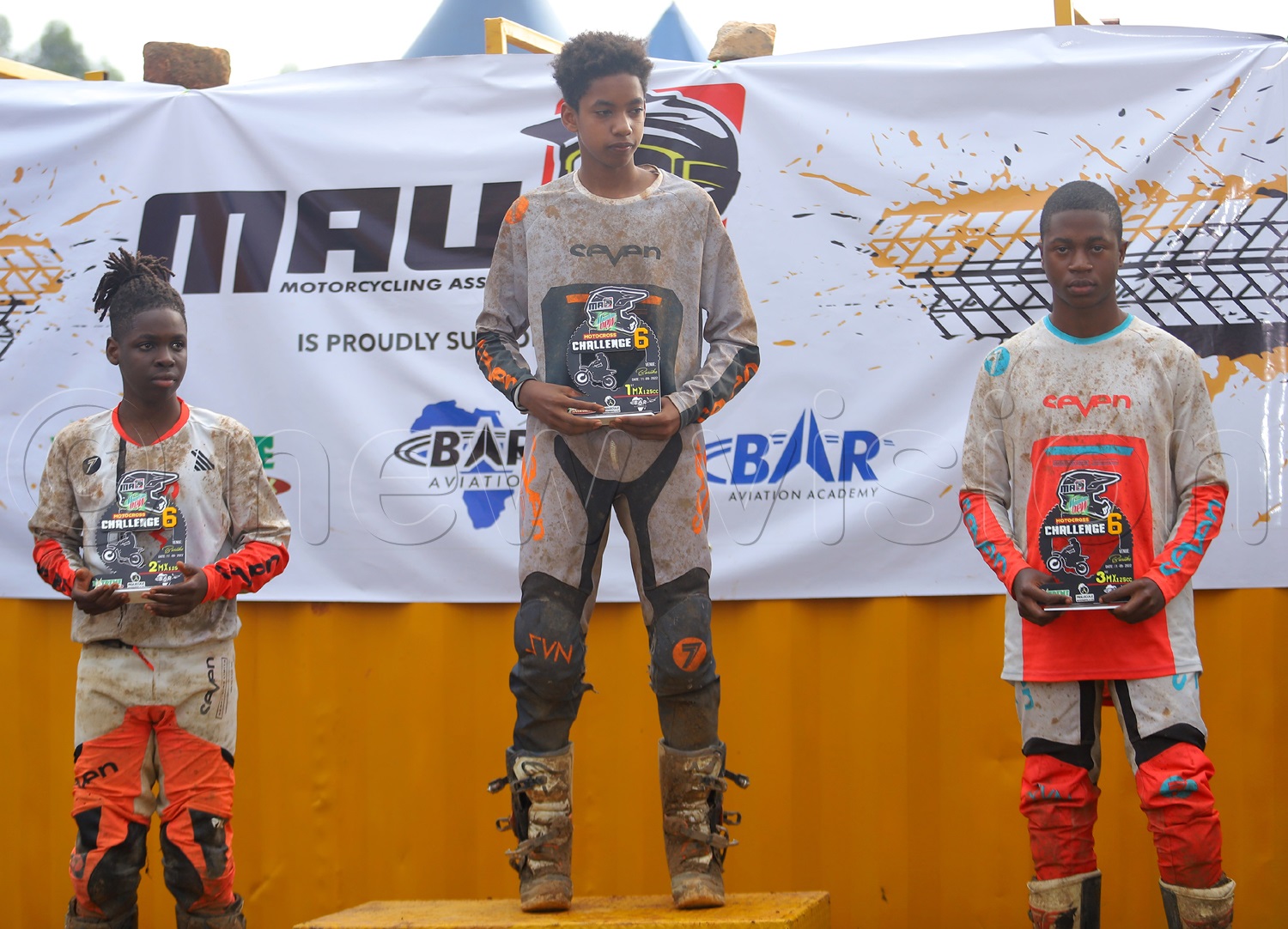 He added that racers will continue training on the upgraded track till the Armed Forces tourney. 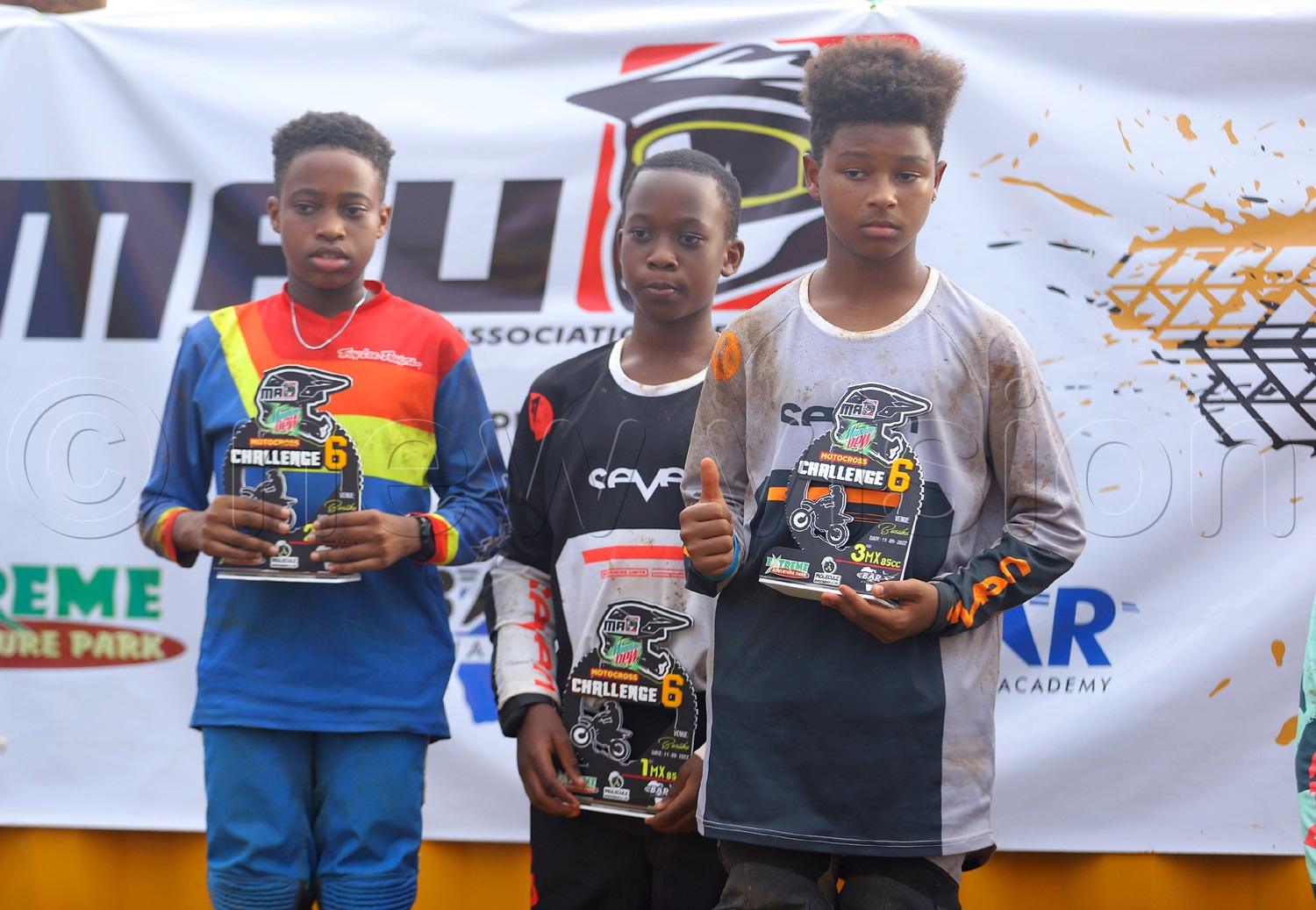 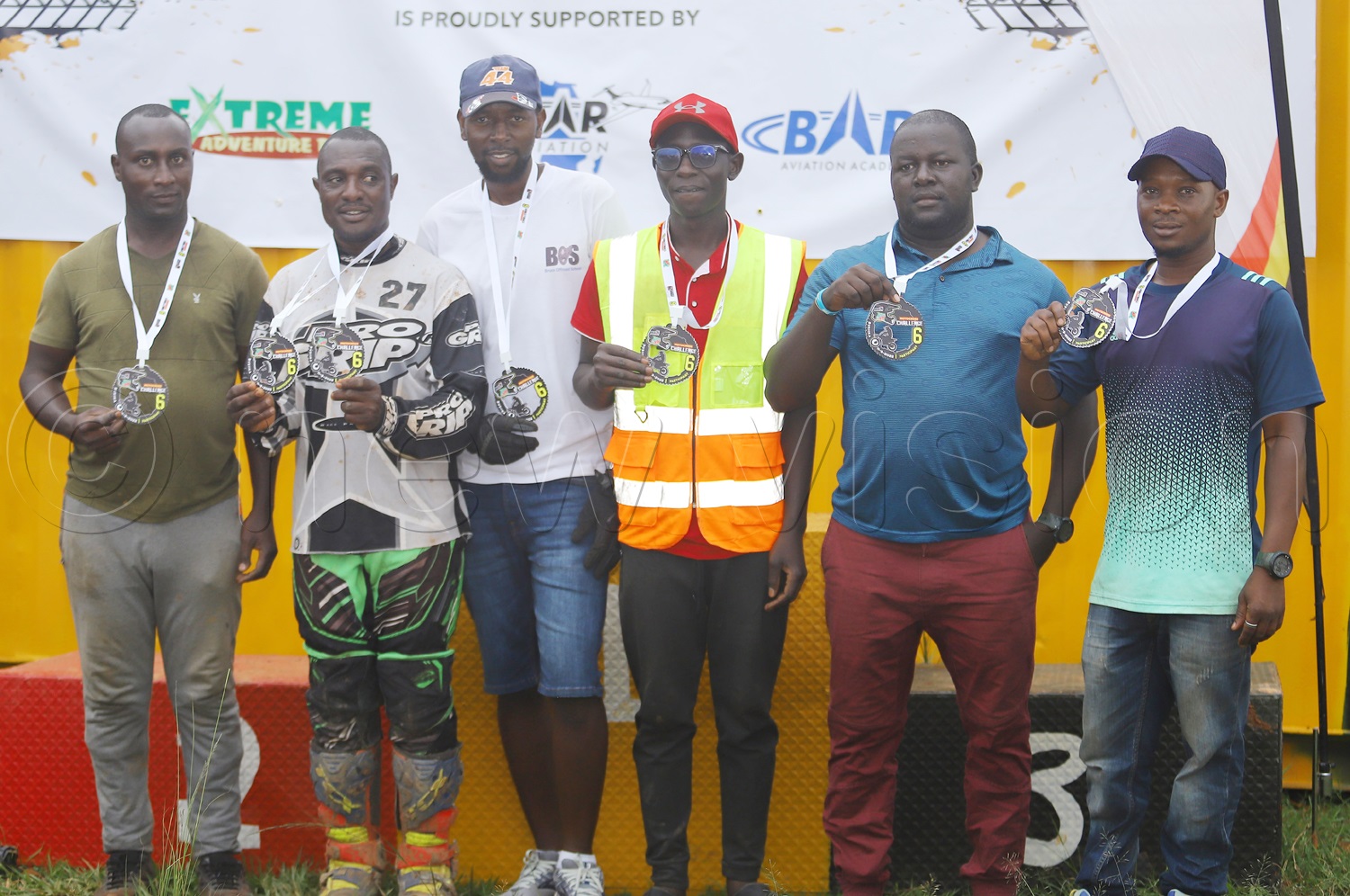 In the 65cc class Larry Sekamwa beat stiff opposition from Ramathan Mubiru and Ashraf Mbabazi who came second and third respectively, while in the 85cc class Pascal Kasozi, Malcolm Omoding and Ronnie Young finished in that order.

Waleed Omar won the MX125cc followed by Milton Akaki and Tevin Jjunju while Fortune Sentamu who had a bike issue finished second to Julius Mubiru, but vowed to come back stronger in the next race. 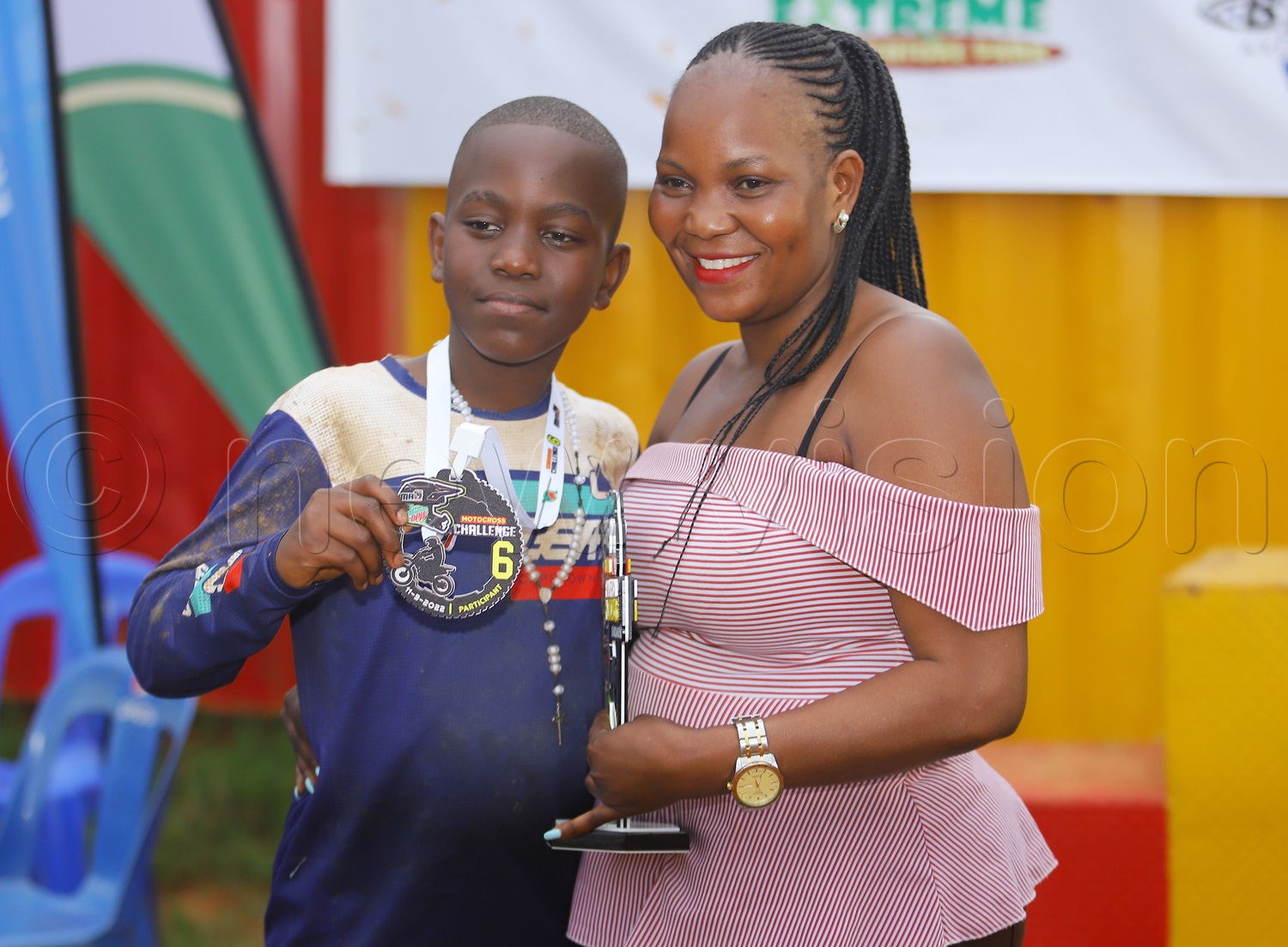 Gift Sebuguzi celebrates with his mother after the awards. Photo by Johnson Were 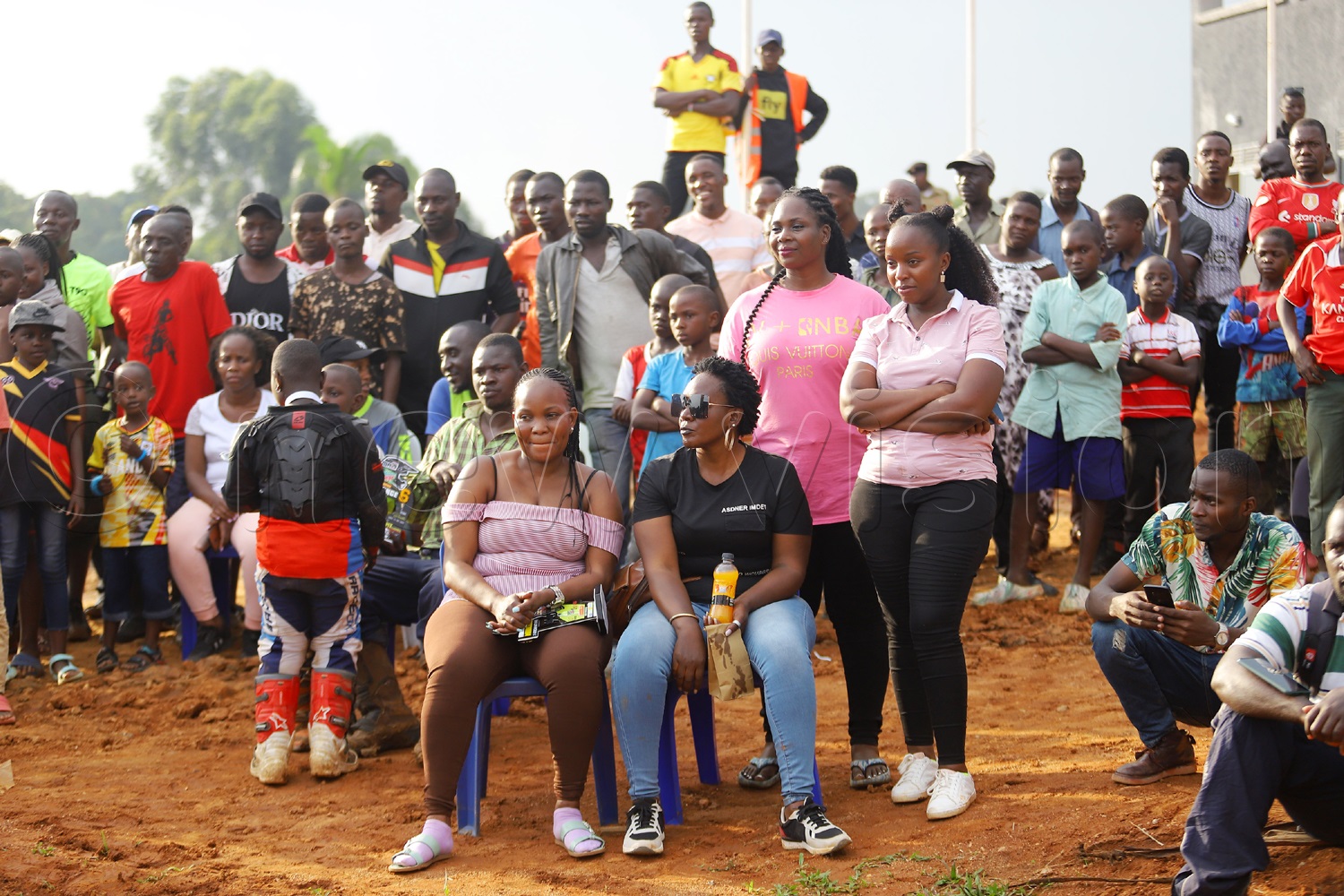