By Moses Mulondo and Mary Karugaba

KAMPALA - Members of Parliament have asked the minister for public service to undertake sustainable approach to address the concerns of art teachers who for a month have been on strike over exclusion from the salary enhancement earmarked for science teachers.

Among said, “The plight of teachers on the recent industrial action requires a sustainable solution. We have a responsibility to ensure the arts teachers are satisfied. Our teachers need to know that we value them.”

In his statement, the minister for public service Muruuli Mukasa recounted that in the recent meeting the President with several ministers had with UNATU leaders, assurance was given that the concerns of the arts teachers would be addressed in the medium term.

The minister told the house that in 2017 cabinet approved a pay policy in which salaries of all public servants would be increased in a phased manner but the plan was disrupted by the economic meltdown that came with the COVID-19. 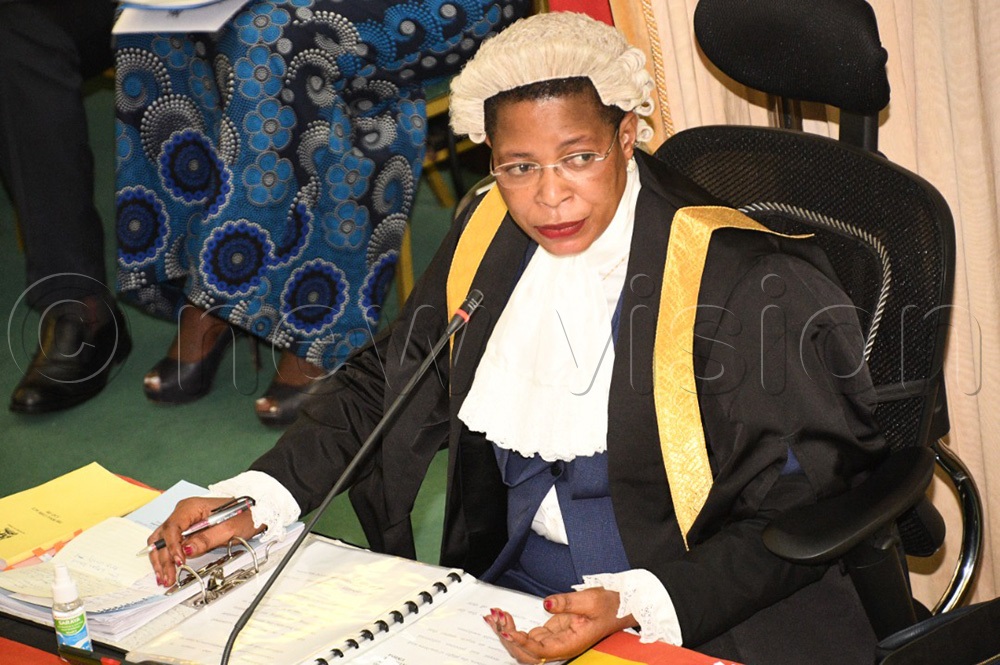 Speaker Among constituted a committee of five legislators including Workers’ MP Agnes Kunihira. (All Photos by Maria Wamala)

The minister argued that as the economy recovers and key sectors of the economy expand, government would be able to get money for increasing salaries of all public servants.

“Government has taken serious consideration of the concerns of UNATU. Government will within the medium-term increase salaries of all teachers including primary teachers. Government continues to be committed to the phased approach of enhancing salaries,” Muruli stated.

Workers’ MP Agnes Kunihira said, “I was part of the UNATU negotiations when they met the President and the ministers. The minister keeps talking of medium-term without specific details. Article 40b of the constitution prohibits paying different people who are doing the same work. The cost of living is very high. Parliament should not allow government to handle this matter alone.” 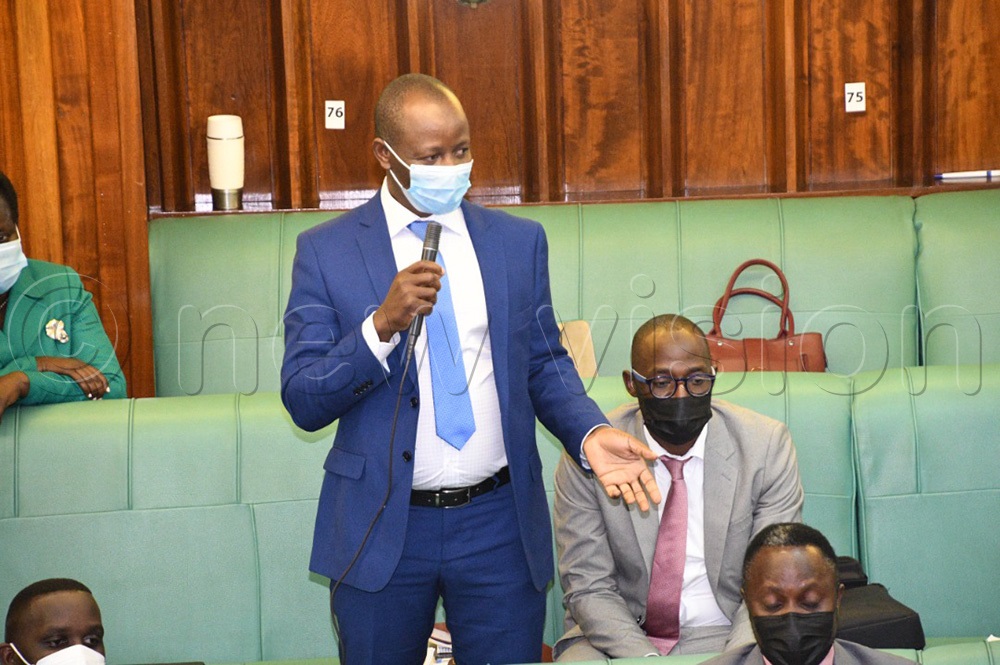 The shadow minister for education and Luweero woman MP Brenda Nabukenya proposed the need for government and parliament to come up with a supplementary budget for increasing salaries for arts teachers.

Nabukenya further suggested that in the circumstances that government is unable to generate a supplementary budget, the money earmarked for increasing salaries for science teachers should be distributed equally among all teachers of science and arts.

The shadow minister called for government commitment to implement the collective bargain agreement that was agreed upon between government and public service unions in 2018.

Bukanga County MP Stephen Kangwagye appealed to government to desist from discriminatory treatment of teachers and treat all teachers equally for harmony in the education sector.

Agago South MP Amos Okot cautioned government ministers and officials against arrogance and issuance of threats like threatening to put striking teachers off the payroll, arguing that such approaches are not civil. 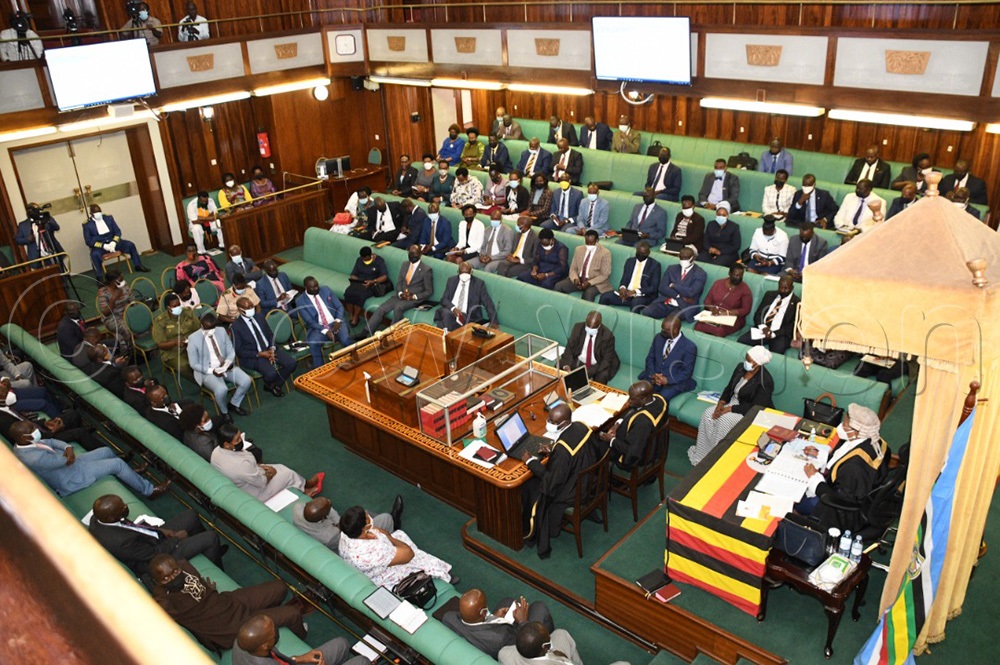 The MPs urged government to address the concerns of art teachers.

“All public servants are crying for salary enhancement. Solders have talked to us to speak on their behalf that they are paid poorly,” Okot said.

Dokolo Woman MP Cecilia Ogwal said, “UNATU has not ended the strike but they only suspended it pending negotiations with government. But the minister’s statement did not contain the action plan to address the concerns of the arts teachers.”

The Opposition Chief Whip, John Baptist Nambeshe, who is also the acting Leader of Opposition said, “What we need most is a Salaries and Remuneration Review Board to harmonize salaries of all public servants equitably. Your statement lacked information on that. You have not told us when you will be implementing the collective bargain agreement.”

Kalungu West MP Joseph Ssewungu said, “The teachers were sent back to teach under duress.

Kira municipality MP Ibrahim Ssemujju said, “Former President Idi Amin used to run the country on decrees. The Problem of Aminism is what we are facing in all this. The country is running on presidential directives. You cannot run a country like that a president’s directive becomes policy.” 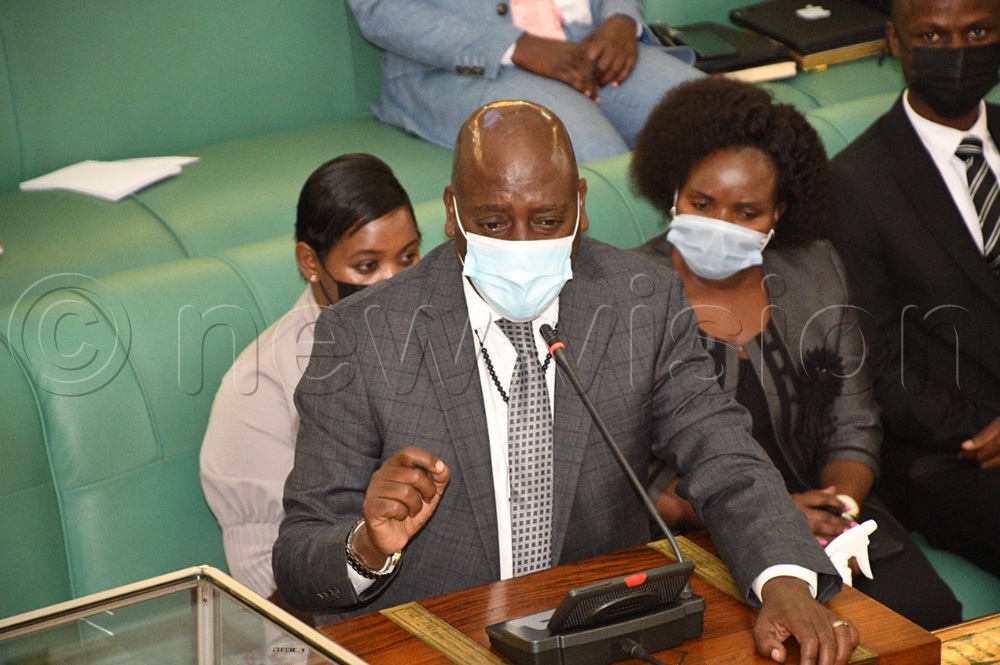 Kalungu West MP Joseph Ssewungu said the teachers were sent back to teach under duress.

In responding to the submissions of MPs, the minister assured Parliament that government would continue having negotiations with UNATU.

“The way forward is to have further negotiations with the labour unions to agree on how to address their concerns.

The ideas given to us here will be used in the negotiations. We shall continue with negotiations to ensure the proper timelines are agreed upon. In the next financial year, salary enhancements will continue,” the minister stated.

Giving her verdict on the debate, the Speaker of Parliament said, “Given the magnitude of the debate we have had and the responses of the minister which are not to our expectations, a motion for Parliament resolutions on this matter will be presented tomorrow.”

Among constituted a committee of five legislators including Workers’ MP Agnes Kunihira, the shadow minister for education Brenda Nabukenya, Erute South MP Jonathan Odur, the chairperson of the Parliament Education Committee, and the chairperson of the Parliament Committee on Public Service and Local Governments to draft a motion with a set of resolutions which will be presented and passed in today’s (Thursday) plenary sitting.