Members of Parliament on the health committee have proposed that young people be barred from donating body organs to older people.

The committee is currently considering the Uganda Human Organ Transplant and Donation Bill 2021, which is aimed at establishing a legal framework for the regulation of organ, cell, and tissue donation and transplantation in Uganda.

According to the legislators, it is unfair to allow young people to donate their body organs such as kidneys to people who are in the evenings of their lives. 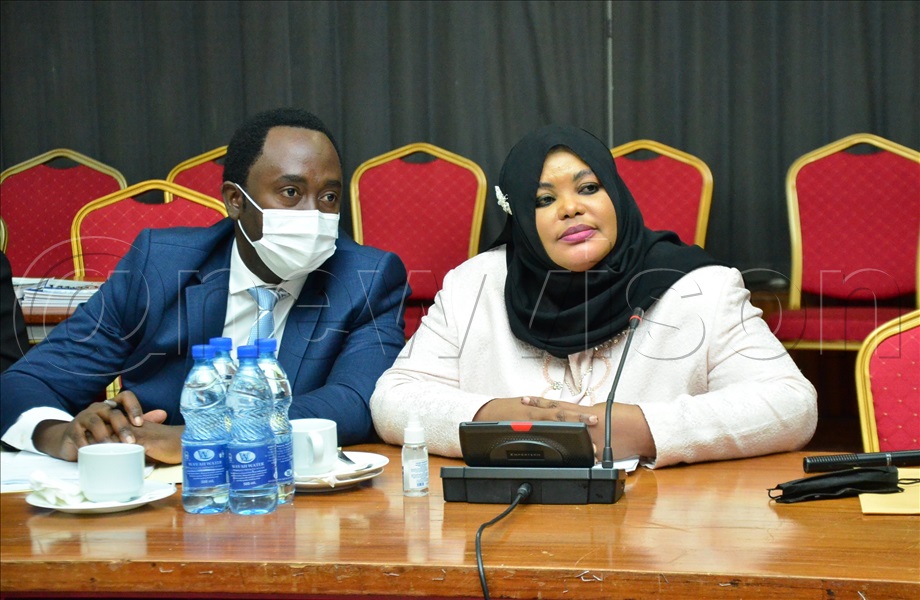 Crispin Kaheru And Shifrah Lukwago members of the Uganda Human Rights Commission before the health committee. (Photo by Edith Namayanja)

“If you are 65 and the donor is like 20, why should you endanger this young person by taking their organ when you are going to last for a few years, it is in that line that those people should not disturb our young ones,” Joel Ssebikali, the vice chairperson of the committee said.

However, the Uganda Human Rights Commission has opposed the proposal by the MPs, saying it is discriminatory and undermines the right to health of senior citizens.

According to the rights body, all Ugandans of age 18 and above, should be allowed to freely donate organs to whoever they want, provided there is consent.

“The old ones also have a contribution that they make to this country, so for us, we can’t say support the young and leave the old because all life matters and it is important,” Ssekindi said.

The commission noted that the enactment of a law on organ donation and transplantation is key in addressing several human rights violations that Ugandans face.