The Omukama of Tooro Kingdom, Oyo Nyimba Kabamba Iguru, has decried increased cases of HIV in his Kingdom, rallying his subjects to embrace all efforts introduced by the government and other development partners to combat it.

He noted that Tooro kingdom has had a very bad trend of HIV infections. The king, however, did not elaborate further but promised to work with all stakeholders to reduce the infections.

“HIV/AIDS has been a major concern in this country and the Tooro Kingdom inclusive. Tooro has had a bad history of HIV/AIDS, and we have been fighting it for the past couple of years, although the indicators keep fluctuating,” he said.

As part of the interventions to curb the high HIV prevalence in the Kingdom, Oyo spearheaded and led the male HIV testing campaign. 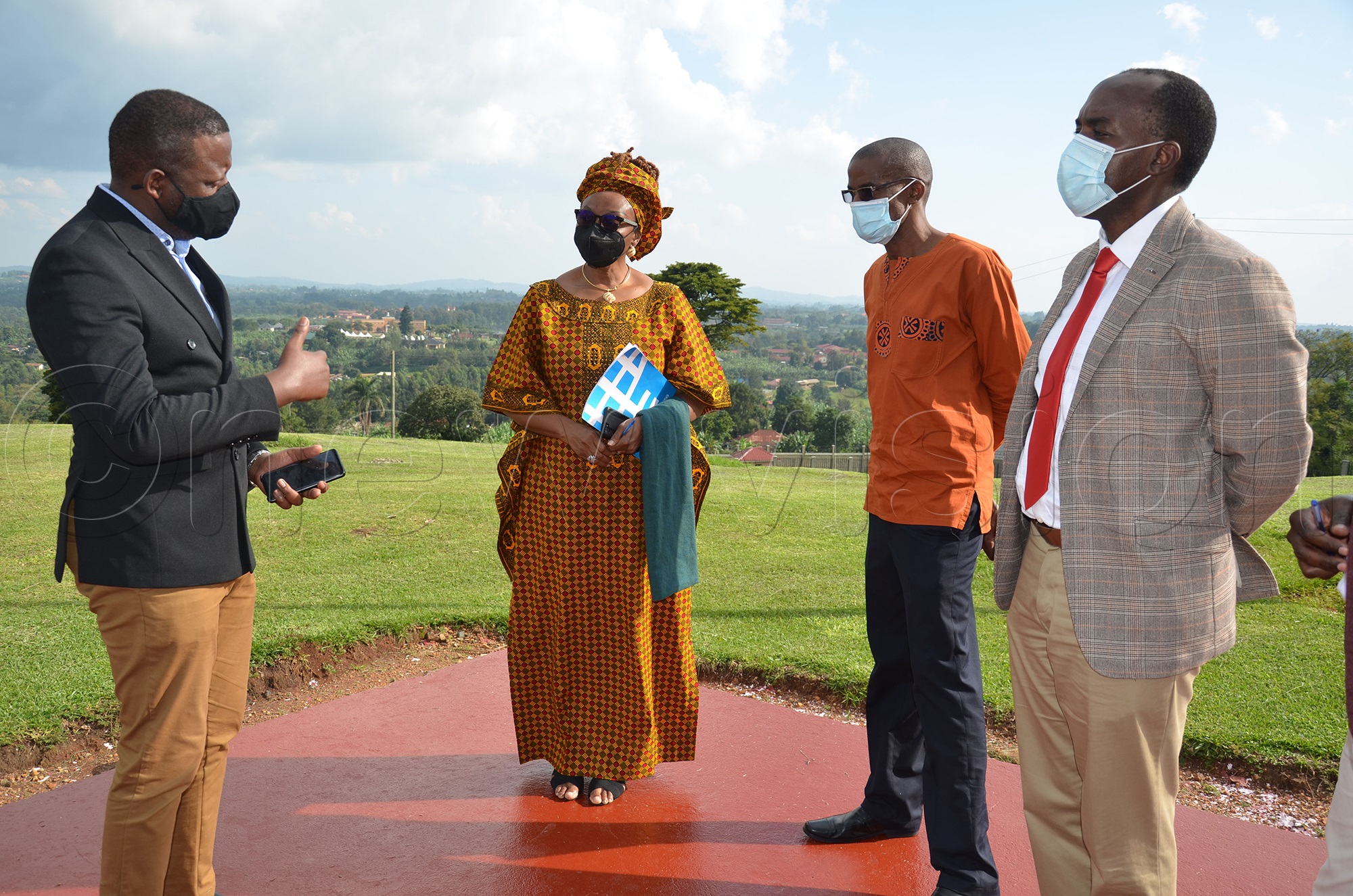 Some of the members of the AIDS Development Partners group (ADPG) during the visit. (Photo by Agnes Kyotalengerire)

Dr Richard Mugahi who is the deputy minister of health in the Tooro kingdom said the campaign has resulted in a remarkable increase in the number of men screened for HIV.

The urban areas and Kabarole district, in particular, have been badly hit. This is corroborated by data from the recent Uganda AIDS Commission HIV survey ending December 2020 ranks Kabarole with the second-highest HIV prevalence at 14.6%, next to Kalangala, which tops with 18%.

Dr Mugahi decried the issue of adolescents not adhering to treatment-ARVS.

“The district health reports show a high number of adolescents are not adhering to HIV treatment. When young people are started on ARVs, they disappear. As a result, they continue to spread the infection,” Dr Mugahi said

The revelations were made when the AIDS Development Partners group (ADPG) visited Tooro Palace recently.

The visit was part of the activities for the three-day annual AIDS Development Partners review retreat in Kabarole district with a focused discussion on HIV.

The deputy director of UN WOMEN, Adekemi Ndieli, urged the Omukama to amplify the voices of young people considering that the current global AIDS strategy of 2021 to 2026 with a theme of ending inequalities and AIDS puts young people at the centre of combat ending HIV/AIDS.

“The theme, therefore, calls upon us -stakeholders to look out for children, adolescents and other key populations that would have otherwise been left behind and would not enable us to achieve the promise of the SDGs.,” Adekemi said

She also urged King Oyo for continued advocacy and leadership in the critical area in order to reduce poverty levels amongst young people which predisposes them to the transmission of HIV, as well as gender-based violence and early marriages. 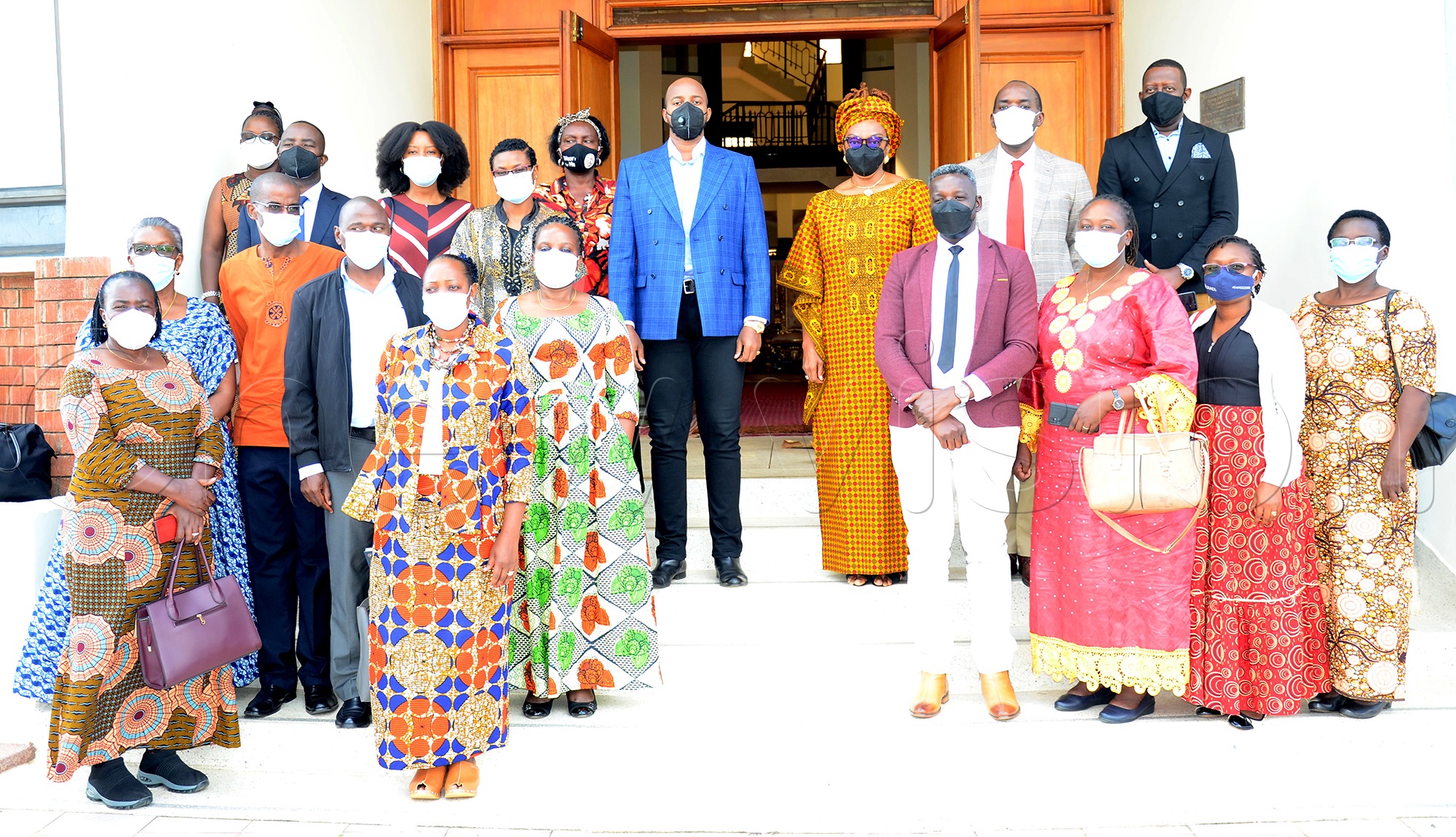 Oyo particularly pointed out teenage pregnancy and early marriage are drivers that are fueling the spread of HIV, but also retarding the kingdom. Majorly, he faulted parents who marry off their daughters for money.

“Even if I am a cultural leader, I condemn the practice of marrying off young girls early because it shatters their dreams. Lately, a lot of young girls in the Tooro Kingdom aged between 15 and 18 are getting married, consequently becoming pregnant,” he said.

Others choose to get married to rich men as a means of solving their financial problems, a practice he totally discourages.

“I blame the practice of early marriage on parents, and I actually regard it as backward,” he said.

Kabarole is among the 40 high burden districts with teenage pregnancy of 28%, which is way above the national average.

Oyo cited education as a counter to the vice of teenage pregnancy, early marriages, consequently HIV.

“I believe that every child should get access to education regardless of gender. The children should go through all the stages of education from nursery to university to enable them to get better job opportunities and be productive citizens,” he said.

In addition, the Kingdom officials plan to work with sub-county chiefs and clan leaders who officiate at marriage ceremonies to ensure the vices are completely discouraged.