In dismissing the case filed by Fred Tumuheirwe Turyamuhweza, Justice Boniface Odongo noted that “Since the petitioner (Turyamuhweza) has failed to prove to the satisfaction of the court all the grounds of the petition, the petition is accordingly dismissed with costs.”

Turyamuhweza, filed the petition seeking the Court to nullify the election of Muhwezi as a Member of Parliament for Rujumbura County Constituency. 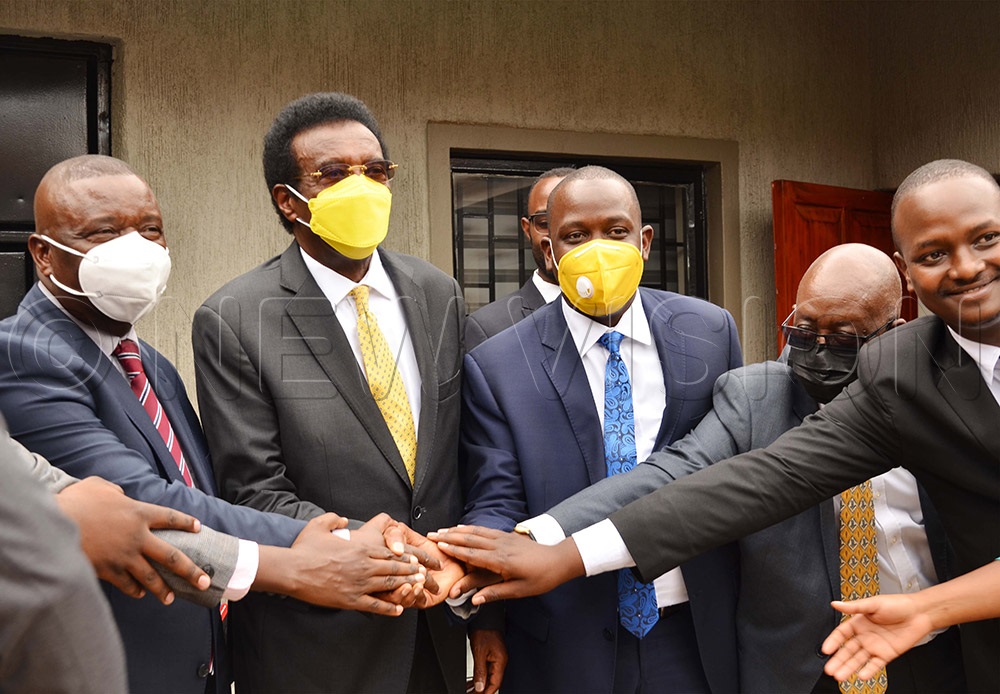 Turyamuhweza and  Muhwezi were among the four candidates who contested for the Parliamentary seat of Rujumbura County Constituency, Rukungiri District, in the Parliamentary election which was held on January 14, 2021.

Subsequently, the Electoral Commission (EC) which was also sued as the second respondent, declared Muhwezi as the duly elected Member of Parliament for Rujumbura County Constituency, having obtained 25,799 votes as against Turyamuhweza who obtained 20,556 votes.

In his election petition, Turyamuhweza said that the election was not conducted in accordance with the provisions and principles laid down in electoral laws.

Turyamuhweza also alleged that Muhwezi, at a campaign rally, made a false statement that he had contracted COVID -19 illness and urged people to shun him contrary to Section 70 of the PEA.

Turyamuhweza further alleged that during the campaigns, he made a complaint to the EC about the illegal practices committed by Muhwezi, but the Commission failed to restrain Muhwezi from committing the illegal practices, thereby giving Muhwezi an unfair advantage over the other candidates.

Turyamuhweza accordingly prayed that this court should; declare that the Muhwezi committed illegal practices during the campaign period and was therefore not validly elected as a Member of Parliament for Rujumbura County Constituency, annul the elections of the Muhwezi, and order for a fresh election be conducted in the said constituency and order that the Muhwezi and the Electoral Commission should pay the costs of the petition jointly and severally to him.

Muhwezi and the Electoral Commission filed their answer to the petition denying all the allegations of the petitioner. They contended that the election was conducted in accordance with the provisions and principles laid down in the PEA and other laws relating to the conduct of Parliamentary elections.

“Turyamuhweza failed to discharge his burden to prove that the electronic evidence which he relied on are authentic. They are thus not admissible in evidence. Since the recordings have not been admitted, the transcripts and the translations are therefore of no use to the court. In any case, the person who transcribed and translated them did not even swear any affidavit to confirm the content,” the Judge ruled.

The Judge also noted that Turyamuhweza failed to discharge evidence that Muhwezi had bribed locals to vote for him.

“From the analysis of the evidence presented to the court, my finding is that Turyamuhweza failed to place Muhwezi at the scene where the alleged donation of the sh5m took place. Turyamuhweza also failed to prove, by cogent evidence, that Muhwezi gave the said donation to Kyabahanga Bataka Kweterana Association.”