The first batch of 20 motorbikes out of 70 that were procured by the government, was received by ASP Israel Wambesyo, the deputy Kampala Metropolitan traffic commander.

The modified patrol motorcycles were handed over to the Uganda Police Force on Tuesday afternoon at the Nile Fishing Company’s offices in Kampala. The company which also deals in Yamaha products in Uganda hopes to deliver the remaining 50 bikes in less than one week.

Christopher Saazi the managing director for Nile Fishing Company said each of the motorcycles has an advanced inbuilt system that enables a Police officer to communicate with other officers at the control station and others with a similar bike.

'Besides the sirens, each of the motorcycles has a public address system which enables a Police officer to communicate to distant and mammoth gatherings while doing their policing works, and a toolbox where all the required gadgets can be kept,' noted Saazi. 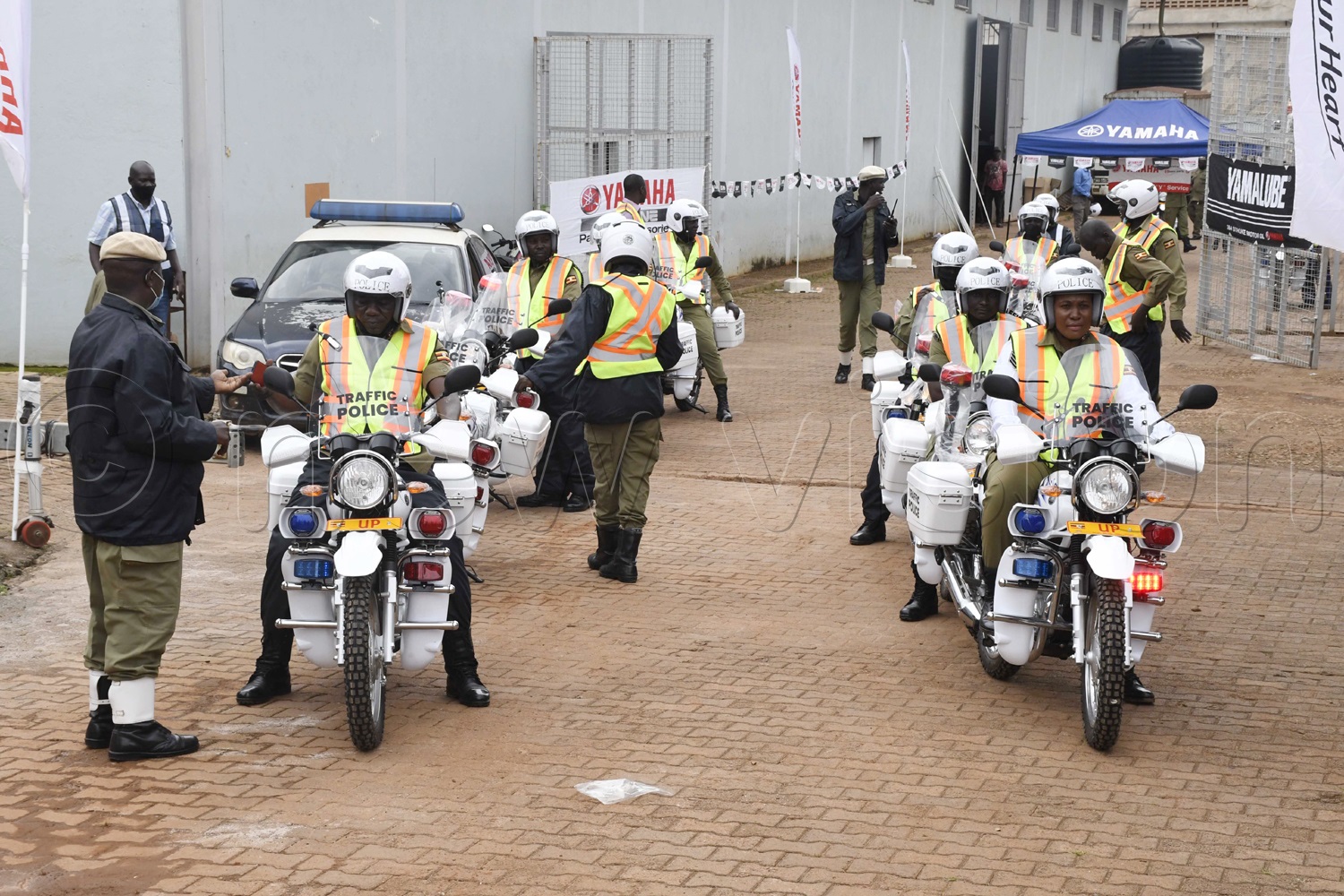 According to Saazi, the company has spent close to 10 years training Ugandans especially those in detention centres on how to manufacture and assemble such motorcycles.

'We hope and wish to create over 50,000 job slots in line with the manufacture of this type of motorcycle,' remarked Saazi. He however said they face a challenge of importing some raw materials because of high taxes.

He appealed to the government to provide incentives and a 10-year tax holiday so as to ably produce more bikes within a shorter period of time.

Saazi also revealed that a team from Yamaha in Japan will in January 2022 come to Uganda to officially launch the advanced model of bikes.