Gen. Jeje Odongo the minister of foreign affairs expressed optimism at the new opportunity for Uganda that Saudi Arabia is offering in the coffee trade.

“Uganda's exports of coffee and coffee husks to Saudi Arabia were a paltry $419,300 (sh1.5b) during the year 2020. This situation needs to improve as Saudi Arabia is the fastest-growing coffee market in the Middle East. The market is projected to grow at a compound annual growth rate of 6.2% during 2021-2027. This is an opportunity for businessmen and women from both countries,” Odongo noted.

The minister said this while delivering the keynote address at the opening ceremony of the Uganda - Saudi Arabia virtual Coffee Expo. The theme of the expo was: ‘The Uganda Coffee industry perspective: farming, processing, and export’.

This is the first in a series of Uganda-Saudi Arabia trade, tourism, and Investment Forums which will be organized annually.

He expressed hope for the positive outcomes of the forum. He promised that the Government will address any issues that may arise from the expo.

He remarked that the theme gives Uganda the opportunity to rethink about possibilities of attracting investment in the Uganda coffee industry mindful of Uganda’s great investment environment.

He said  Uganda allows the full repatriation of profits after taxes have been paid as well as 100% foreign ownership of the private investment.

He explained that the minimum capital required for a foreign investor to be eligible to invest in Uganda in any sector apart from those that may compromise the country’s security is $100,000 (sh354m). 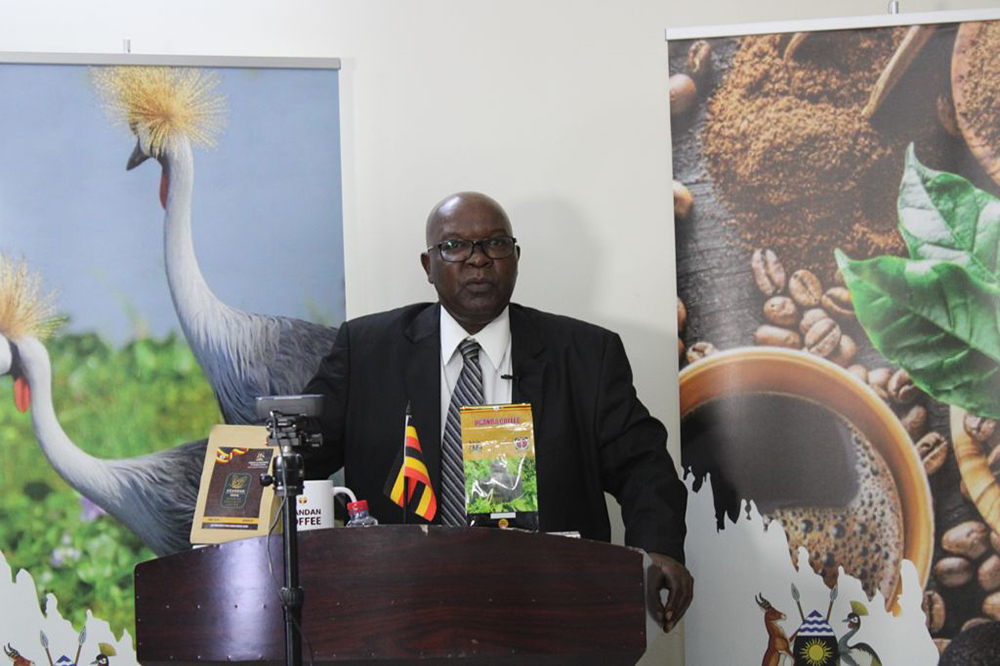 He applauded the Kingdom of Saudi Arabia for the support towards Uganda’s development initiatives and hospitality to the Ugandan people who are working and living in Saudi Arabia.

He said the event was just a few days after the celebration of the Kingdom of Saudi Arabia’s National day. “It is our hope that the forum enhances synergies towards the achievement of the aspirations of our two countries to build more on the already existing historical relationship,” Odongo said.

He noted that COVID-19 has impacted the coffee value chain affecting farmers, processors, exporters, baristas, roasters, coffee shops, and beyond. “The reason for this virtual expo is also due to the pandemic which is limiting normal physical expos”.

The minister said coffee earnings are transformational for Uganda and hence the need to focus on coffee production and exports.

President Yoweri Museveni in 2014 gave a directive to accelerate coffee production from 3.5m 60kg bags per year to 20m bags per year of green coffee by the year 2025.

The minister said it is encouraging to note that Uganda Coffee Development Authority responded to this directive and created a road map focused on improving productivity on-farm and agro-processing.

He thanked the organizers of the expo for being forward-looking and bringing all of us together to appreciate Uganda’s coffee production, export potential, international trade guarantees, trade financing, and how to better invest and trade with each other.

He requested the participants in Uganda and Saudi Arabia to make the best use of the event. “Let me use this opportunity to invite our dear Saudi brothers and friends to visit Uganda, the Pearl of Africa, and also invest in the Ugandan Coffee industry,” Odongo said.

Isaac Ssebulime, Uganda's Ambassador to Saudi Arabia said this was the first time businessmen from Saudi Arabia and Uganda have come together to chart ways of increasing trade between the two countries.

“What is significant is that we are targeting coffee, which is not only a commodity but an item of cultural significance in the two countries.  It occupies a special position in human relations in our communities. Robusta Coffee has its origin in Uganda,” Ssebulime said. He added that coffee was becoming a lifestyle beverage in Saudi Arabia. 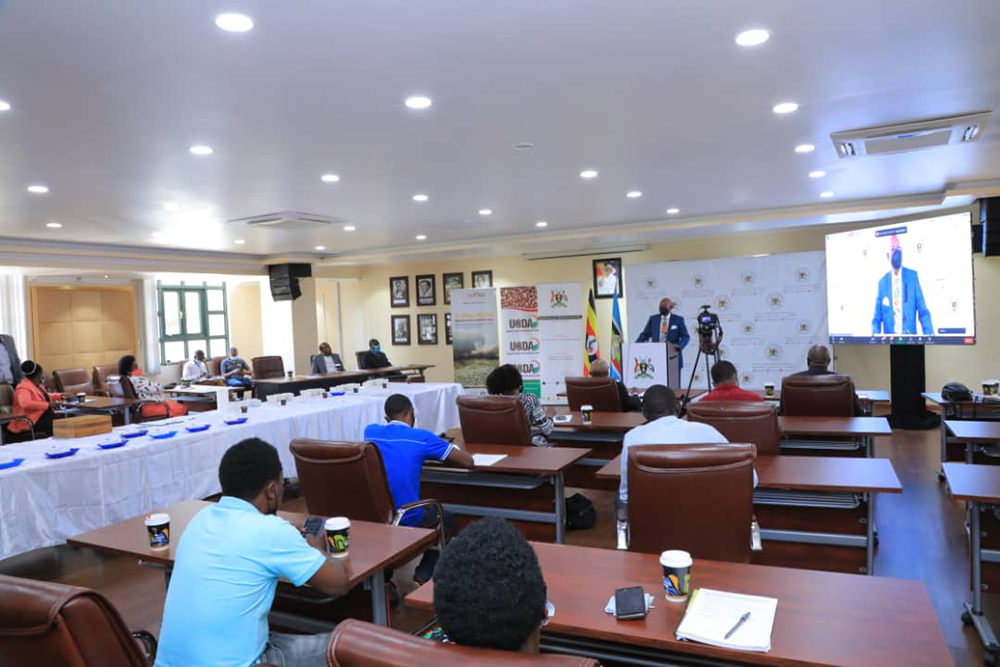 Ssebulime said Uganda exports to Saudi Arabia primary products like coffee, minerals, tea, cut flowers, and the like.  He noted that despite its abundance in Uganda coffee efforts were less than $1m (sh3.5b) worth of this total.

“Our common membership of the Organization of Islamic Cooperation notwithstanding the level of trade between the two countries is still very low.  This Expo is the first step in correcting this anomaly.  Coffee holds a prime position in this effort,' Ssebulime said.