KAMPALA - The British High Commissioner in Uganda, Kate Airey wants Ugandan Coffee to be accepted on the World market because it is of high quality.

Airey said Ugandan Coffee is of high quality, but it is not competing favourably on the British market.

Airey made the remarks during a media launch of Uganda Coffee tasting at Uganda Coffee Development Authority (UCDA) laboratory in Kampala on Friday.

She said that the High Commissions in Uganda and in Britain have organised a countrywide Arabica coffee competition, an event that will be held concurrently in both countries. 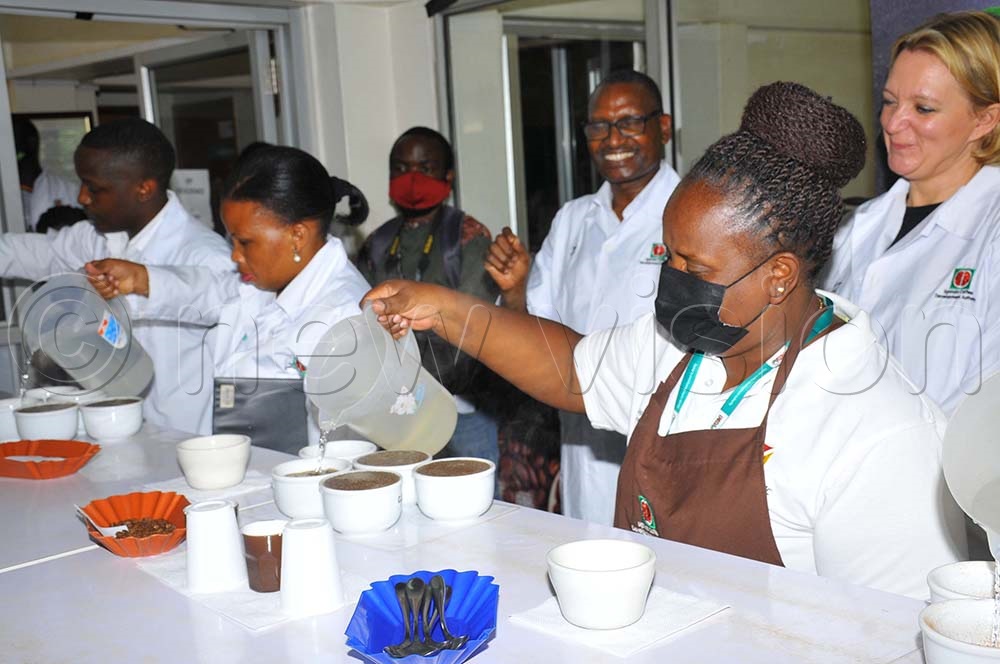 Airey said Ugandan Coffee is of high quality, but it is not competing favourably on the British market. (Credit: Wilfred Sanya)

“We shall invite influential personalities in the UK to taste these fantastic beans, give a brief background of where they come from and prominent coffee farmers in Uganda. This will influence farmers to produce the best quality coffee for the UK public.' Airey said.

The competition is aimed at bringing quality Ugandan Coffee to the international market and this will increase coffee exportation.

Emmanuel Iyamulemye, Managing Director of Uganda Coffee Development Authority said this is in line with the national coffee roadmap that seeks to brand Uganda coffee.

“We want trade deals to come out of this competition and see Uganda Coffee on shelves of supermarkets in the UK.' Iyamulemye said, adding that the competition will popularise Uganda’s Arabica coffee in the UK coffee sector.