It ravaged children in a number of districts; killing many and leaving thousands battling adverse effects. Parents and caretakers too were overwhelmed and devastated.

One such is Cilvio Opoka, a resident of Lakwela village in Paicho sub-county in Gulu district.

About 12 years ago, his son; Oyoo Charles now 19 years old caught the disease. By then, the Lord’s Resistance Army (LRA) had pushed the family to Chwero Internally Displaced People’s camp in Paicho sub-county.

“My son started falling sick when he was seven years old. He got seizures numerous times a day,” he recalls adding that, “His neck muscles would temporarily limp causing his head to bob.”

But before, Oyoo was very active, brilliant and loved playing with other children. He would care for those around him as well. All this changed when he fell sick. He started isolating himself and avoided crowded places. 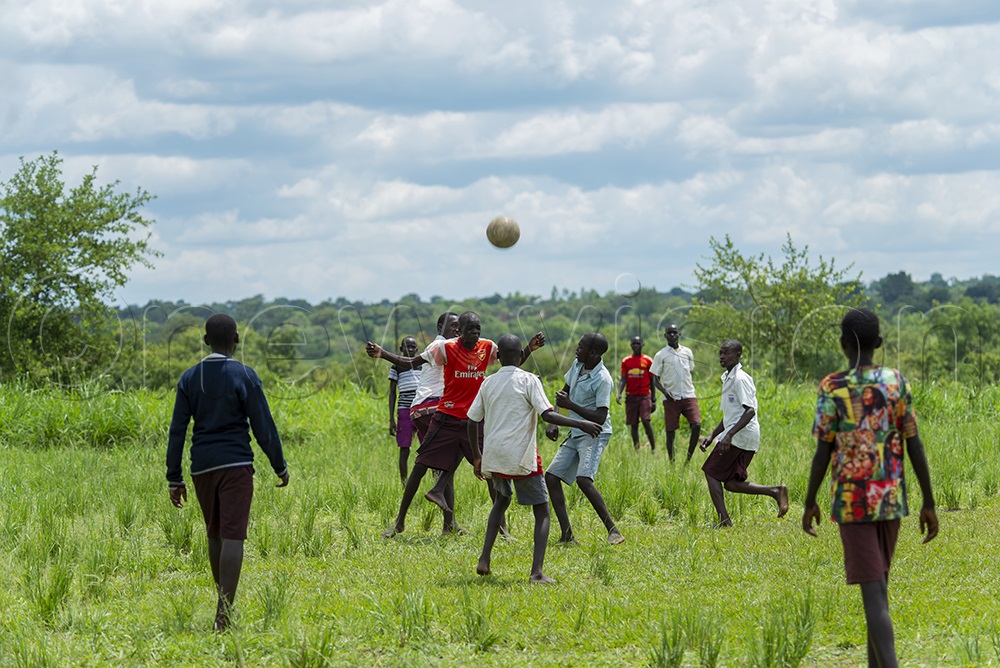 Oyoo would always run away whenever people tried to engage him. He hated talking to anybody but his siblings and parents. He also became selfish. To date, he is hesitant to share his stuff with anybody, not even his family.

“I easily detected it was nodding disease because whenever he was eating food, he would dose,” Opoka explains.

He is quick to add that on several occasions, his son would be sleepy and dizzy.

He also abandoned the food and run away.

“He later lost appetite. I had seen and heard about such symptoms. This helped me to know that it is nodding disease,” he affirms.

When Opoka took his son to hospital, they started him on treatment which also came with its own challenges.

For example, the seizures increased and the falls would be hard that he hurt himself most of the time.

His body is covered in scars and a few fresh wounds.

“There are times he would fall, convulse and scream so loud. He would also roll and fold his legs; reason the wounds hardly heal,” he explains.

However, Opoka applauds National Medical Stores (NMS) for the supplements they have constantly offered to the children. He says that these have greatly helped in the management of the disease that has no cure.

“He has been on drugs and supplements for three years and there is great improvement,” Opoka says of his son.

“He no longer falls during the day but only gets seizures at night,” he adds.

Oyoo gets the supplements monthly from Cwero health centre III.

The disease has inflicted pain and adverse effects on Oyoo’s health. The once brilliant boy is now very forgetful. When he places something somewhere, he forgets it within a minute.

He also forgets what he has just been doing or saying. This was the major reason he dropped out of school in primary four last year. He would forget what he is taught.

Oyoo was a pupil at Lapuda primary school which is government-aided.

He repeated primary four for four years until he got fed up and decided to stay at home.

“When the schools resumed after COVID-19 lockdown, he refused to return,” Opoka shares. He says he is no longer interested in education.

“I wanted him to stay in school but because of his health it is now difficult,” Opoka says.

However, he is worried and stressed over his son’s future.

“What life is he going to live in this world where education is the key to a bright future? I don’t know how to help him live a better life,” he wonders.

Meanwhile, Opoka says that of late he has realized Oyoo loves looking after animals. He, therefore, plans to buy for him cattle and chicken to earn a living in future.

On how the family protects Oyoo from injuring himself when he gets seizures, Opoka says, they have learnt to watch out for the signs.

When he starts convulsing, they carry him away from hazards such as fire, water and rough surfaces. They lay him on a soft bed but before, they would lay him on a papyrus mat which did not help much.

“We also watch over him all the time. He loves mangoes but I fear for him to climb the tree and get seizures while up,” he elaborates.

Oyoo is not alone

Opoka has other children but only two are suffering from the disease. The eldest; Michael Oryem who is 22 years old is also battling the nodding syndrome.

He also dropped out of school. Fortunately, Oryem’s condition is manageable. He rarely gets seizures and his are easy to detect.

“We know he is unwell when he stays long in bed. He is an early riser,” Opoka says.

He suspects the disease is an effect of the Northern Uganda insurgency because his children were healthy before they went to the camp.

“It all started when we were in the camp.

Maybe these are effects of the landmines or the food we fed on,” he divulges.

About the nodding disease

According to a study; Prevalence and incidence of nodding syndrome and other forms of epilepsy in onchocerciasis-endemic areas in northern Uganda by the National Library of Medicine, nobody knew where nodding disease came from.

But it has devastated many of its victims in the onchocerciasis-endemic districts of northern Uganda. These include; Kitgum, Gulu, Pader, Moyo and Omoro among others.

Many have died from having seizures at unfortunate moments that resulted in burns, falls, or drownings.

Also, the outbreak left behind more than 2,100 children with lifelong disabilities, overwhelming their families and the region’s capacity to care for them.

The study points to the growing evidence of a relationship between infection by Onchocerca volvulus and some types of childhood epilepsy. It, therefore, suggests that a combination of bi-annual mass distribution of ivermectin and ground larviciding of rivers as an effective strategy to prevent it and other forms of epilepsy in these areas.

Children with the syndrome require constant supervision because a seizure could strike at any moment and the disease hinders their behaviour and decision-making abilities.

Robert Okot Ademo, a nurse who worked with Hope for Humans clinic said that these children are not easy to handle, and most are neglected by their parents because they have to provide for the rest of the family.

An article; Devastating illness rocked Uganda and then disappeared. Disabled children and a mystery written by Jacquelyn Corley shows that there is still a debate on the cause of this disease.

It occurs in the same areas where river blindness is also prevalent. This association has led some researchers to believe that the same parasitic nematode; onchocerca volvulus, may be a culprit in both illnesses.

However, volvulus is not known to invade the central nervous system, so it’s unlikely to be responsible for the neurodegenerative process that occurs in patients with nodding syndrome.

Another theory is that the syndrome is caused by a virus carried by the black fly, the same vector as with river blindness.

But some affected families and researchers believe nodding syndrome had something to do with fighting that happened in the region in the 1990s and early 2000s.

Most of them believe and they say that when there was no war in Northern Uganda, there was no nodding syndrome.

So far, according to the article, there is no cure for nodding syndrome. The best available treatments include anticonvulsant drugs to limit seizures, optimizing nutrition, and providing physical and cognitive therapy and social support.