Though COVID-19 is not yet contained, Uganda is easing the lockdown through the opening of national borders to restart international travel.

The easing of restrictions has been necessitated by business and political voices that are pushing for the opening of the economy.

During a tour at Uganda Tourism Board (UTB) headquarters, the new Minister of state for tourism Martin Magarra assured the board that the government is determined to resurrect the industry after the two COVID-19 lockdowns.

“In anticipation of the resumption of travel,” noted Magarra. “Destination Uganda should develop tourism recovery strategies for an industry that contributes much to the gross domestic product (GDP.)”

Adding that besides attracting foreign tourists UTB should continue to promote domestic tourism as a strategic option and means of building destination resilience.

“It worked in Kenya after post-election violence in 208 and in Malaysia during the financial crisis 1997/1998,” stressed Magarra. “This is a proven solution to the prolonged crisis.”

In response, UTB is on a concerted search for attractions and boosting digital presences in order to appeal to domestic and foreign tourists. This was notable during a familiarisation tour of Gulu City and the neighbourhood where journalists were tipped to switch to the digital transformation if they are to remain relevant in tourism.

“As the industry staggers back on its feet following the two COVID-19 lockdowns,” “Travelers are now booking, sharing video experiences instantly and they post-trip phases online,”said an ICT consultant Birungi Babirukamu 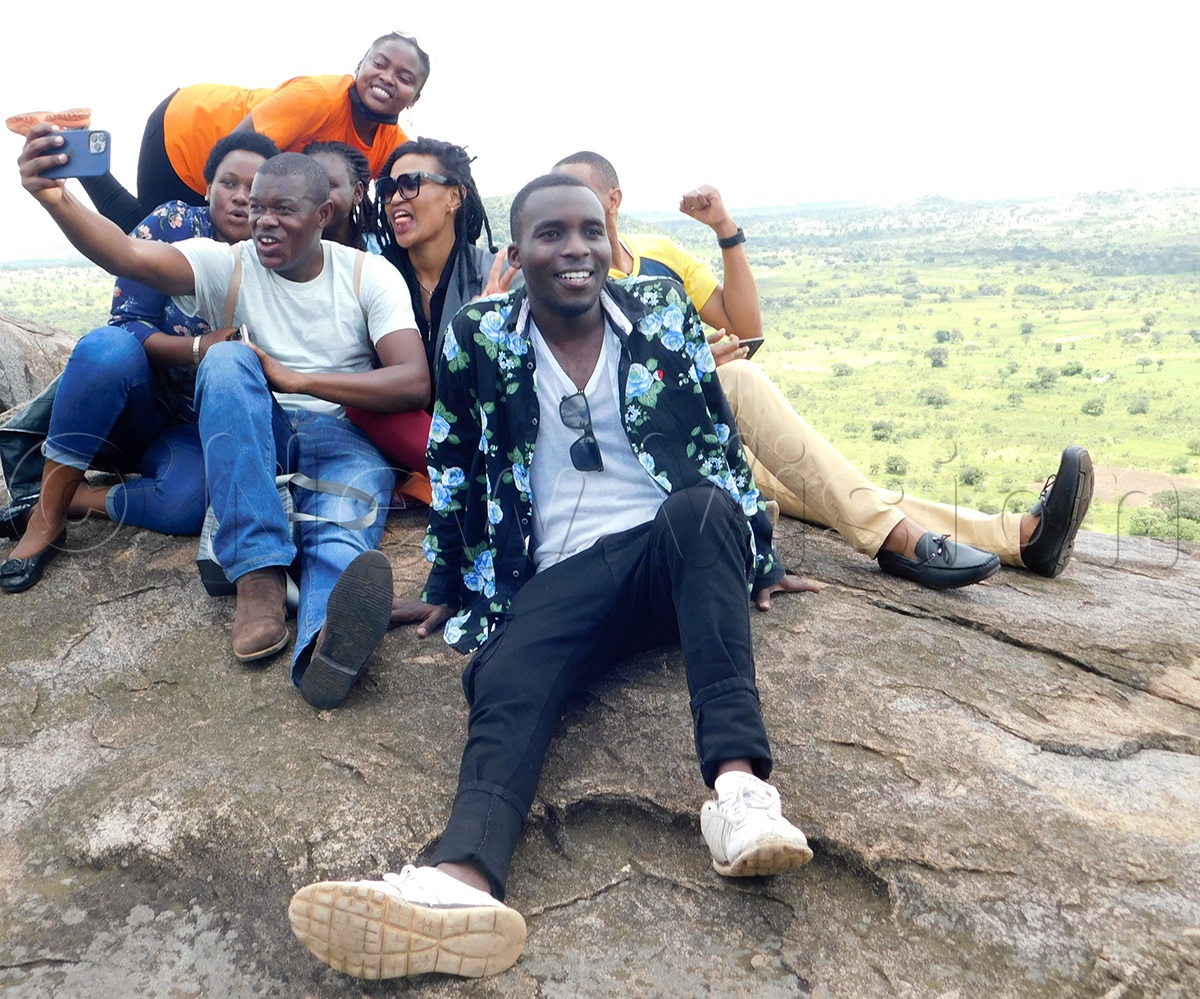 Sharing moments of a trip as it happens is the new normal of attracting tourists as shown at Guruguru Rock in Amuru.

Quoting a Nielsen research, Birungi said 70% of tourists are inspired by the travel opinions left by other online users. These sources are considered more objective and reliable than the suggestions of travel agents.

“The internet has taken the place of word of mouth between friends and acquaintances,” Babirukamu says. “Today peer-to-peer relations are influencing opinions to the maximum, the opinion of those who have already visited a destination has the same weight as advice obtained from a guide or travel agency.”

“The situation is confirmed by statistics that have it that 86% of people have become interested in a particular destination after seeing photos of other users on vacation in that specific place. The percentage increases to 92% after responses of other followers are taken into account.”

This was at Bomah Hotel where stakeholders including Uganda Wildlife Education Center (UWEC,) Uganda Wildlife Authority (UWA) and the media organizations were challenged to boost their digital presence,

“The internet is the new display window where one must be strategically present so as to attract the greatest number of visitors,” stressed Uganda Tourism Board (UTB) deputy CEO Bradford Ochieng. “This new behaviour was stimulated by digital transformation. We urge companies that want to remain competitive to boost their digital presence.”

Ochieng added that it has been calculated and found out that in one year, more than 140 million people in the world use the internet to book their vacations and other tourist activities, using a smartphone, which is now an irreplaceable tool for every tourist.

“The world is migrating to a virtual world. The main social networks used comprise Facebook, Instagram and Twitter. Operators are using them to make themselves known to users and provide a direct channel for questions and bookings,” said Ochieng. “Travellers do their research, book and share experiences digitally.”

While sampling attractions it was proved Gulu City and the neighbourhood is a gem waiting to be dusted for it to shine in the tourism industry. Rwot Ladit observed that, against this bleak backdrop, and if the vaccine progresses as planned, in 2021 tourist destinations will be fighting a mostly digital battle to attract as many tourists as possible.

“Since leaflets and maps are obsolete in tourism,  we are challenged to turn our visitors into marketing this destination,” said Ladit Ociti. “In order to achieve this goal, we have to define a joint digital strategy with other players -such as restaurants, hotels, tourist attractions, residents  and other bodies.” 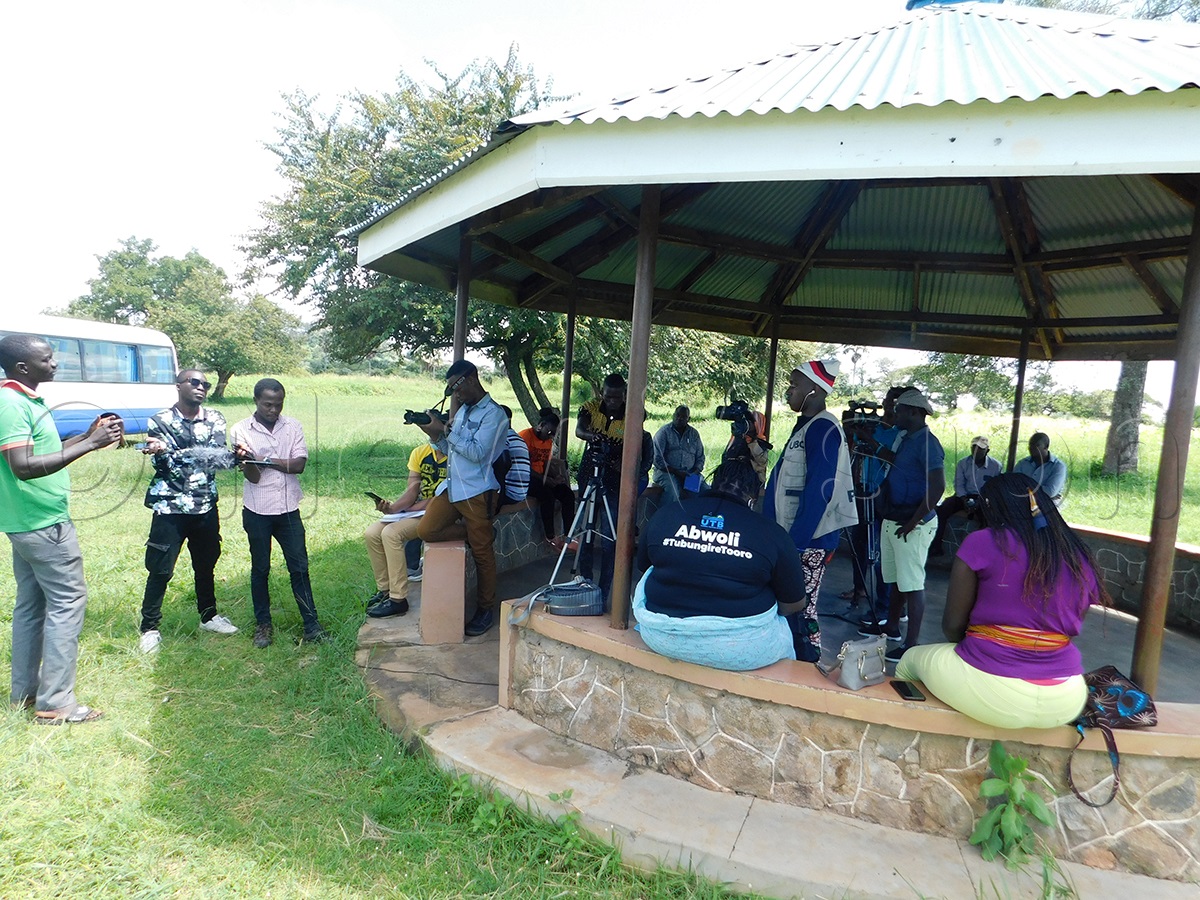 The caretaker/guide Okrello narrates the spine chilling story of slave trade in Gulu.

Adding that, as the world gets super digitised Achol iland is no exception.

“We have the first place to be tear-gassed as colonialists fought resistance during the Ramogi rebellion that was triggered by the slave trade,” said Ladit Ociti. “We have Pagak hot spring where Joseph Kony of the notorious LRA used to sacrifice sheep and bulls to appease the gods before raiding a village.”

The swampy place is a Mecca for birders who have more than 200 different species to log.