This comes after government security agencies accused several online and Facebook platforms of inciting the public into violence.

The Uganda Communications Commission (UCC) has explained why two online television platforms affiliated to the National Unity Platform (NUP) and another ‘political' Facebook account have been deleted.

This comes after government security agencies accused several online and Facebook platforms of inciting the public into violence.

The NUP presidential candidate, Robert Kyagulanyi aka Bobi Wine, stated at a recent rally that Ghetto Media and Map Media pages had been hacked and deleted, but vowed that the party would open new ones. 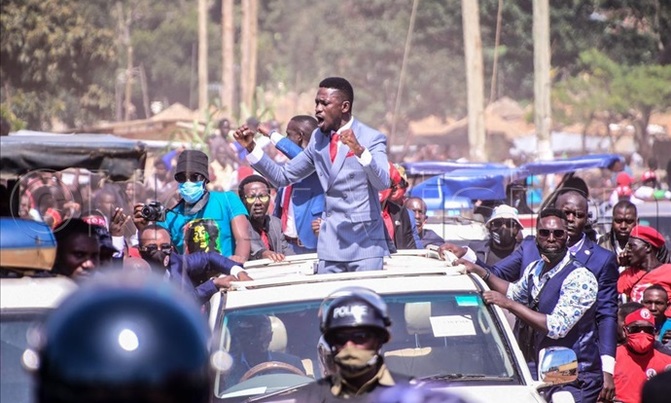 Irene Kaggwa-Sewankambo, the UCC acting executive director said that in September this year, the commission issued a notice stating that all online media platforms should register and get authorized.

She said that after a three-month notice, the commission had moved out to enforce the directives and to take action against noncompliance.

"We do not have a special list of those affected but the commission will take action against all those that have not been authorized," she explained.

A security source, however, confirmed that two NUP online television channels had been ‘de-activated and deleted' because they were allegedly being used to ‘incite the public'.

UCC recently wrote to Google asking the organization to block or remove several Uganda online media platforms on grounds that they were involved in acts of inciting the public into violence. They were also accused of having connections with the recent violence that resulted in riots where over 54 people were killed during confrontations with security agencies.

According to the letter, the commission had received complaints from the Minister of Internal Affairs, the Uganda Police Force and several other stakeholders that communication services, platforms and networks including YouTube, were being used to publish, disseminate and broadcast content that are contrary to Uganda Communications Act of 2013.