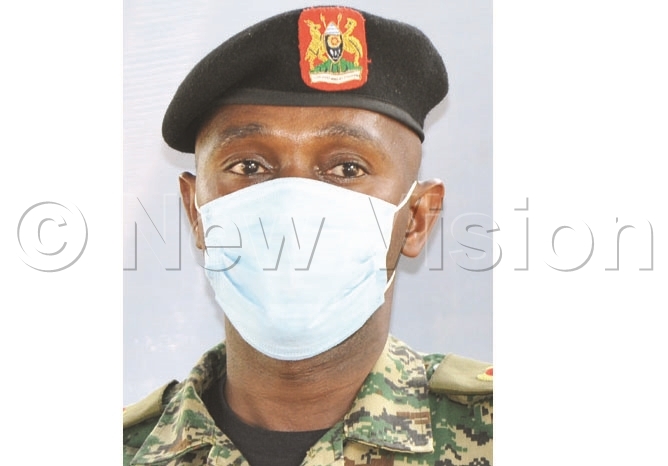 KAMPALA - Following riots against the arrest of National Unity Platform (NUP) presidential candidate Robert Kyagulanyi, the Uganda People's Defence Forces (UPDF) has moved to beef up security around the city and nearby suburbs.

According to Lt. Col. Deo Akiki, the UPDF deputy spokesperson, the army will take charge of security in Kampala, Mukono, Wakiso, Entebbe, and the entire country.

"Following the lawlessness that broke out after the arrest of the NUP leader by Police and prior credible intelligence about groups and individuals planning to plunge the country into chaos, the UPDF will carry out extensive preemptive and decisive operations to deal with the planned and premeditated designs of criminal-minded elements in the Kampala metropolitan area and entire country," he said.

Addressing journalists, Friday (November 20, 2020) at the Uganda Media Centre, Kampala, Akiki said all roads feeding into the city shall jointly be manned as outside forces provide security to all highways to ensure that no individual or groups disrupts normal flow of traffic and business.

"All our deployments across the country are on a pre-emptive posture to disable and dismantle any criminal-minded cell and act decisively to ensure security," he added.

Akiki revealed that effective Thursday night, deployments were made to protect critical infrastructure and installations, such as power stations and fuel reserves.

He warned the public against going close to such installations. Working with the Police, he said they will pursue ringleaders of the Wednesday riots.

Akiki said they have also put in place surveillance mechanisms to burst all the plans of the alleged criminal groups and individuals before they come to fruition.

"The UPDF and its auxiliary forces shall support the Police to strictly enforce curfew. The public is warned not to be on the roads after 21:00 hours unless they are authorised to," he warned.

Akiki appealed to Ugandans to co-operate with security to isolate what he called ‘a few criminal-minded people' so as to keep the country safe.

"Elections will come and go, but Uganda will remain. No amount of pressure or influence, whether internal or external, should divert us from protecting our motherland," he said.