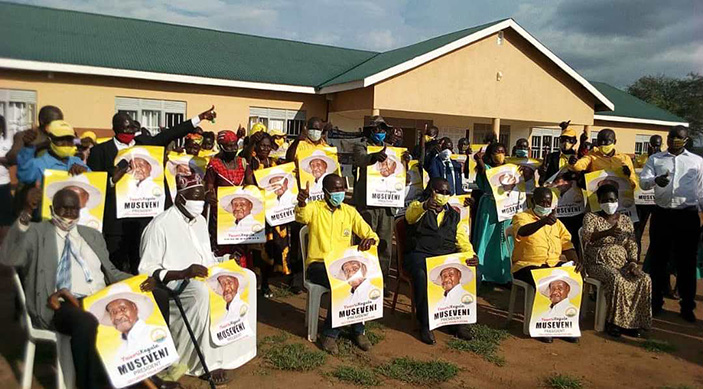 National Resistance Movement (NRM) supporters from Madi Okollo, one of the youngest districts in the West Nile region have agreed to settle their differences and campaign for President Yoweri Museveni.

This was during the NRM reconciliation meeting on Wednesday.

However, most of the losers that contested in the NRM primaries that are vying on Independent tickets did not turn up for the meeting. They include the incumbent Lower Madi MP Ismail Ogama, Martin Drito, and Jimmy Madira who contested against Isaac Etuka, the incumbent Upper Madi Constituency.

"Let us not divide the party, on my behalf and my supporters, please forgive me in case I hurt you in any way during the NRM primary elections," Afidra said.

He said all party members should ensure that they campaign for the President because the party is bigger than individuals.

The vice-chairperson of the party in Madi Okollo and the NRM candidate Upper Madi, Isaac Joakino Etuka said campaigning for the President should be a point of concern for all members.

He added that the NRM party should ensure that they fill up the gaps in the two constituencies of Upper and Lower Madi to attract people to vote for President Museveni.