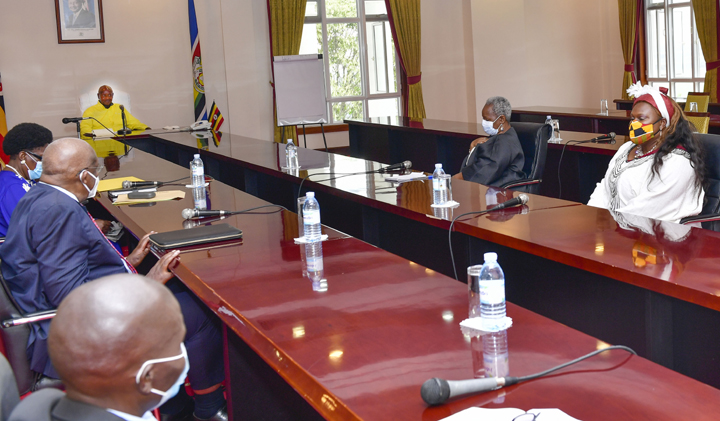 President Yoweri Museveni held talks with the United Nations Assistant Secretary-General for Peacekeeping Operations for Africa, Bintou Keita, where they discussed political, peace, and security matters affecting the Great Lakes countries of DR Congo, Burundi, and Somalia among others.

During the consultative meeting held at State House on Entebbe on Wednesday that was attended by the Speaker of Parliament Rebecca Kadaga and the minister for foreign affairs Sam Kutesa, Museveni was concerned that the problems of instability in the Eastern region of DR Congo has now stretched to Mozambique, yet the area is occupied by UN forces.

"Available reports indicate that there increasing massacres of local people by armed groups and the UN seems unconcerned about what is happening there," he said.

Early this year, the UNHCR warned that violence in eastern parts of DRC displaced thousands of people and could unleash terrible consequences for the country as it grapples to initiate a new fight against the deadly coronavirus.

More than five million people have been uprooted by conflict within the DRC's borders, the single-largest internally displaced population in Africa according to reports. The country also hosts over half a million refugees, fleeing unrest and persecution in the neighbouring countries.

Museveni noted that the political problems of Eastern DRC are conceptual and also ideological in the sense that the political leaders have failed to have dialogue with locals and the UN intervention has failed to provide protection of the indigenous people being attacked by the terrorists.

"Terrorists have had an upper hand in the Eastern RDC for a long time, which is not fair neither correct," he said.

Museveni agreed with Keita that the UN idea of establishing a concept of community policing during the peace process is crucial for reconstruction of state authority.

Keita assured the President of the UN's new approach to address the peace process in the DRC that involves community policing and a contingency of a UN force comprising 50% of African troops to handle the situation in DRC.

She commended the government of Uganda for her contribution towards peace and stability in the region saying that it has played its role as a UN member state.

On the political situation in Burundi, both President Museveni who is the chairman of the Burundi peace process negotiations and Keita concurred that Burundi deserves to be supported to attain political cohesion and integration to recover its development under the new leadership.