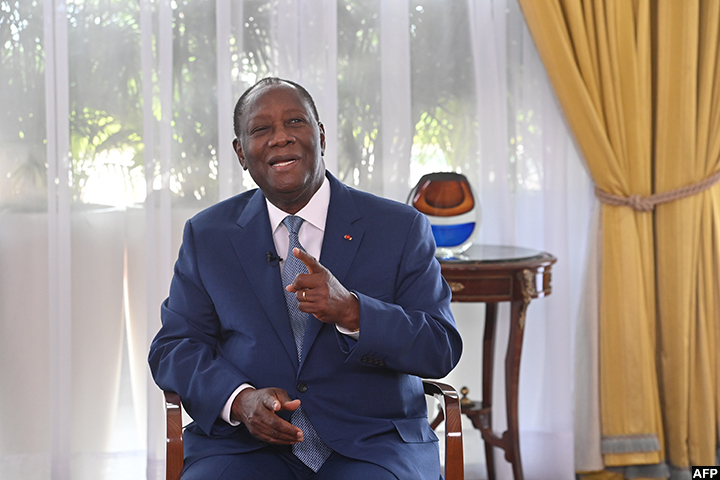 Ivory Coast has been in turmoil after President Alassane Ouattara shook the country by declaring he would run for a third term in the elections on October 31.

On March 5, 2020, Ouattara, 78, announces he will not run for a third term in order to make way for "the younger generation". It ends months of speculation over whether he would seek another mandate.

On July 8, Coulibaly dies unexpectedly from a heart attack, plunging the country into uncertainty.

On August 6, Ouattara finally announces he will seek re-election in October.

The opposition slam the decision, saying it is against the constitution, which allows two terms, but Ouattara and his supporters argue that a 2016 constitutional tweak reset the clock.

On August 22, Ouattara is formally chosen by his party to run for a third term.

The ex-president Henri Konan Bedie, 86, is officially nominated as a candidate for his party on September 12.

On September 14, the country's top court authorises only four candidacies out of 44 applications it received. It validates Ouattara's bid but bars Gbagbo and Soro.

On October 15, Bedie and former prime minister Pascal Affi N'Guessan -- two leading opposition candidates -- call for an "active boycott" of the electoral process running up to the poll, which they brand "illegal".

Since August, deadly incidents and clashes have left around 30 people dead.