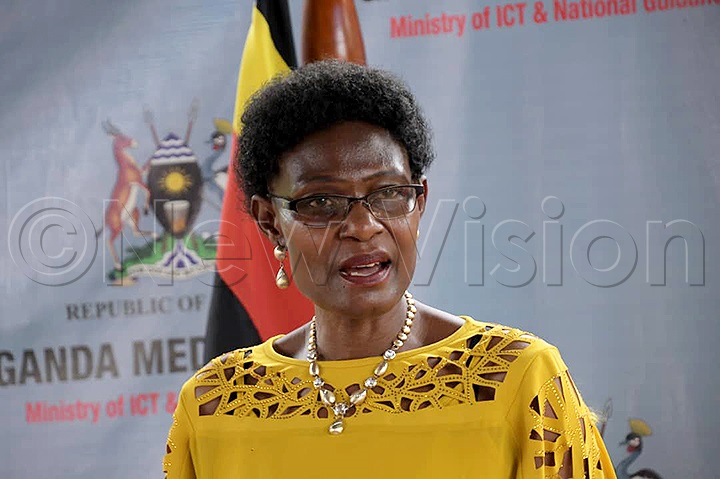 "The Ministry of Kampala Capital City and Metropolitan Affairs has observed with concern the continued haphazard placement and display of advertisement inform of ﬂyers, posters, placards and billboards in areas that are not authorised for such purposes," Benny Namugwanya, the Kampala state minister, said during a press brieﬁng at the Uganda Media Centre on Friday.

She said the posters and other promotional materials have been placed on road junctions, roundabouts, road islands, pavements, street poles, trees, private perimeter walls, and property among other non-gazetted locations within the city.

President Yoweri Museveni's campaign posters are among those visible in the non-gazetted places.

Namugwanya said the posters have visually constrained both motorists and pedestrians from easily navigating through the city, thus leading to accidents, blockage of walkways, and increased littering.

The minister noted that for one to display any campaign posters, they are required to get permission from the Kampala Capital City Authority (KCCA), to place or display any advert or undertake any development, including erection of billboards.

Daniel NuweAbine Muhumuza, the KCCA spokesperson, said the authority had established a committee on outdoor advertising, under the department of physical infrastructure to clear those intending to display campaign posters.

NuweAbine implored all political players in Kampala who intend to use posters, to approach KCCA for guidance on where their posters are allowed to hang.