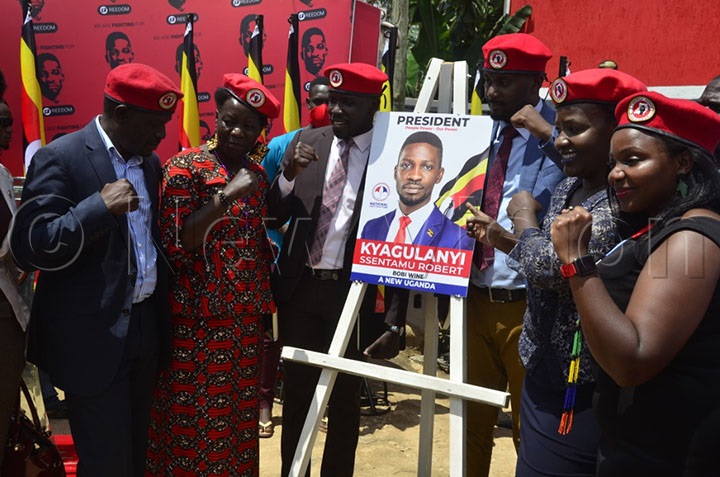 The National Unity Platform (NUP) unveiled the official campaign poster of their presidential flagbearer Robert Kyagulanyi a.k. a Bobi Wine at their party headquarters in Kamokya on Monday.

The launch was led by the party secretary general, David Lewis Rubongoya together with other leaders and aspiring MP candidates on the NUP ticket from different municipalities of Kampala.

Nabila Naggayi Sempala, the NUP Lord Mayor candidate was also one of those present. Rubongoya said they decided to drop the initial poster with the red beret that had their people power symbol after being advised by the Electoral Commission that it would not be appropriate.