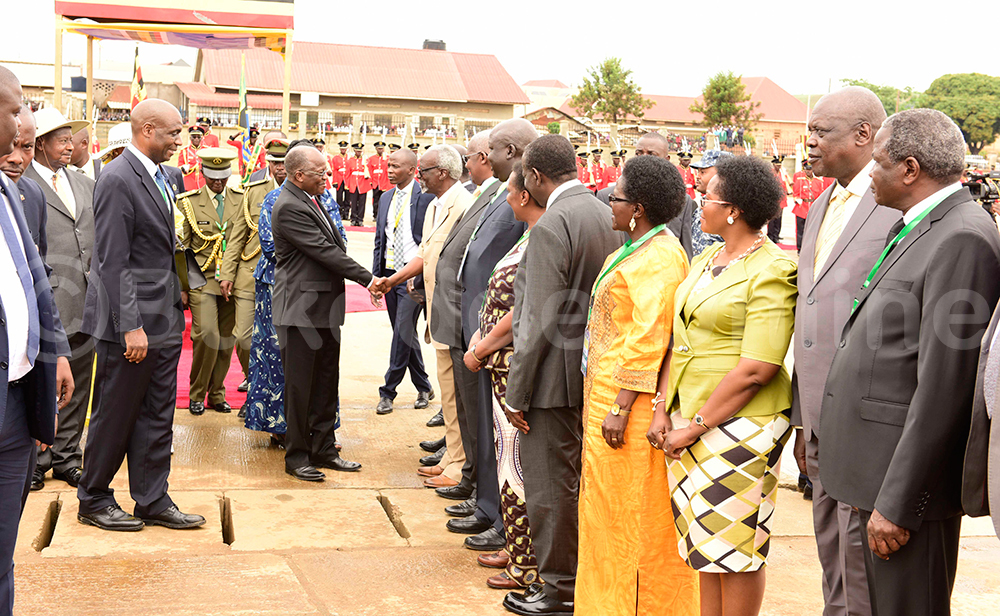 With steady growth in trade volumes, Uganda is not far away from achieving Vision 2040, a strategic master plan for Uganda's development. In the Vision 2040 strategic plan, boosting trade was identified as one of the pathways through which Uganda will be able to transform the society from a peasant to a modern and prosperous country. 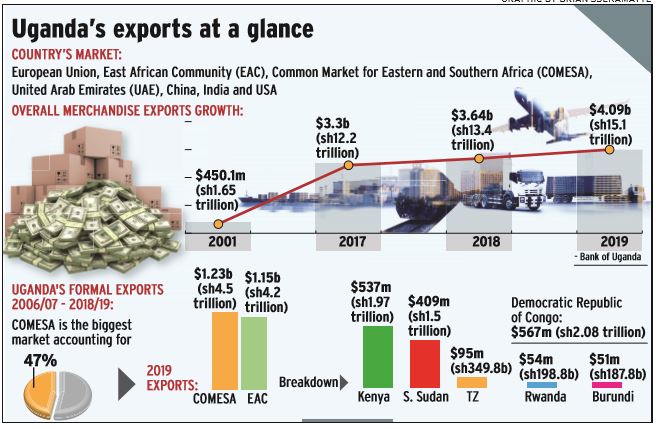 The Government pledged to undertake numerous trade initiatives to improve the country's trade balance so as to achieve the goals. These include increasing and diversifying exports and ensuring stable supply to meet market targets, identifying new export destinations in regional and emerging markets and ensuring that the exports are competitive and meet international standards.

Additionally, it planned to develop an effective incentive system to attract and expand investments in export commodities. The incentive system was expected to facilitate productivity enhancement in production for exports, especially high value and Hi-Tech products to highend markets.

The Government pledged to promote the manufacturing of consumer, investment and Hi-Tech goods, and value addition to agricultural products. The steps taken so far and starting to bear fruit; Uganda's trade volumes have been growing steadily over the years.

The growth in exports, according to the UEPB executive director, Elly Twineyo Kamugisha, is a result of several initiatives undertaken over the years including the government's deliberate effort to diversify imports and export markets and boosting value addition.

Uganda has over the years diversified her exports from the four traditional exports of coffee, cotton, tea, and tobacco to a broader number of agricultural and manufactured exports, including flowers, fish, maize and several other foods and high-value horticultural products.

While the country is still keeping its traditional markets of the European Union, it also diversified to regional markets, including the East African Community (EAC) and the Common Market for Eastern and Southern Africa (COMESA), the United Arab Emirates (UAE), China, India and the US. 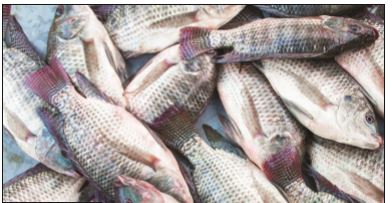 Also important to note is that the country has constructed several One-Stop Border Posts (OSBPs) with support from the United Kingdom's Department for International Development (DFID) through TradeMark East Africa (TMEA), to facilitate the smooth flow of trade across borders. These include Busia and Malaba at Uganda's borders with Kenya, Mirama Hill/ Kagitamba (Uganda/ Rwanda), Mutukula (Uganda/Tanzania) and Elegu/Nimule (Uganda/ South Sudan), among others.

The OSBPs have over the years dismantled trade barriers, enabling importers and exporters enjoy efficient systems to reduce the time and cost of doing business. Under the OSBP arrangement, immigration and customs officials from the two trading countries are brought together under the same roof at the border, doing away with the need for truck drivers and other travellers to undergo double clearance at both sides of the border.

This, according to stakeholders, has eased intra-regional trade, which was originally hampered by long procedures involved in passing through two sets of identical controls on each side of the border. The lengthy transit times increase the trade costs, making businesses less competitive. It has since reduced clearance time to a maximum of two hours, from an average of two days, previously.

Trade minister Amelia Kyambadde says the OSPBs have played a great part in boosting Uganda's trade with her neighbours.

"OSBPs have enhanced trade facilitation because they ensure quick clearance of goods and service delivery, improve access to markets, enhance competitiveness, improve the livelihood of people especially the border communities and facilitate sustainable trade," she said.

The Government also introduced the Uganda Electronic Single Window (UESW) and Pre-Export Verification of Conformity (PVoC) Auto Clearance Process, which have all played a pivotal role in boosting trade.

The PVoC Auto Clearance Process allows for the interrogation of trade information on the issued Certificate of Conformity or Certificates of Roadworthiness, by the Uganda National Bureau of Standards and the Uganda Revenue Authority, using the interconnected systems to enable faster clearance of goods.

To enhance efficiency, a drive-through cargo scanner was installed in 2018, allowing truck drivers to simply drive through and have contents scanned without having to open the containers. Border officials said the scanners handle 200 trucks per hour.

The Government is also putting in place border export zones at various border points to boost the interstate trade. According to Richard Okot Okello, the assistant commissioner for external trade at the Ministry of Trade, the target is to develop at least 18 zones at strategic border areas and have already secured land in collaboration with the respective districts.

This is expected to improve post-harvest handling, reduce wastage of products during transportation, processing, drying, promote compliance to standards and reduce non-tariff barriers, among others.

UEPB since 2015, has undertaken activities aimed at increasing production for export, organising producers and exporters to work in groups. Under this, UEPB supported the establishment of the Uganda Fruits and Vegetable Exporters and Producers Association in the horticulture sector.

This has been an instrumental avenue for managing compliance to market-entry requirements and ethical issues in the sector. It also introduced an export readiness assessment and support programme for value adding SMEs in 2017, which seeks to increase the number of SMEs in value added export ventures.

Uganda is still grappling with a trade balance deficit, with her imports far outweighing exports. Bank of Uganda statistics indicate that the country's imports increased to $8.28b (sh30.4 trillion) in 2018/19 financial year compared to $3.96b (sh14.5 trillion) worth of exports.

This surged the country's trade deficit from $3.3b (about sh12.1 trillion) in 2017/18 to $4.3b (sh15.8 trillion) in 2018/19. This is expected to be worsened by the outbreak of the COVID-19 pandemic that dwindled demand and also disrupted global supply chains, amid increasing imports of personal protection equipment to fight against the spread of the coronavirus.

The Commercial Attaché of the Kenya High Commission in Uganda, Robert Okoth, said the measures taken to by the various governments to contain COVID-19 has suffocated both international and regional trade.

"These are billions of shillings lost; as someone whose role is to promote trade between the countries, my job is threatened. We need to find out how to intervene," Okoth said. Okot, however, decried the non-tariff barriers (NTBs) that still exist among the East African Community partner states, which are said to be crippling trade.

He, however, said the ministry will continue engaging its neighbours to resolve the impending NTBs. 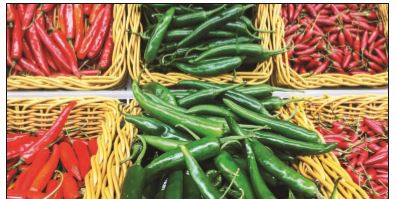 Kamugisha said that UEPB plans to undertake a series of interventions once Covid-19 calms down to help ensure sustained export growth momentum. Among the initiatives, he said, is formalisation of cross border regional trade to enable them capture actual trade date to aid proper planning.

"Imagine Uganda exports over $500m to DRC, but most of it is informal. However, our line minister Kyambadde, already undertook efforts to ensure that we formalise trade. She already signed a memorandum of understanding with her DRC counterpart to that effect which is very important," Kamugisha said.

Additionally, UEPB plans to establish distribution centres in strategic markets including Dubai, targeting the Dubai Commodities Market, a duty-free place where Uganda can sell her tea and coffee, among other products.

To ensure sustainable trade growth, Okello said the trade ministry is in advance stages of building a trade information portal which will make it easy for traders, especially the informal cross border traders, to get trade-related information and in turn boost exports.