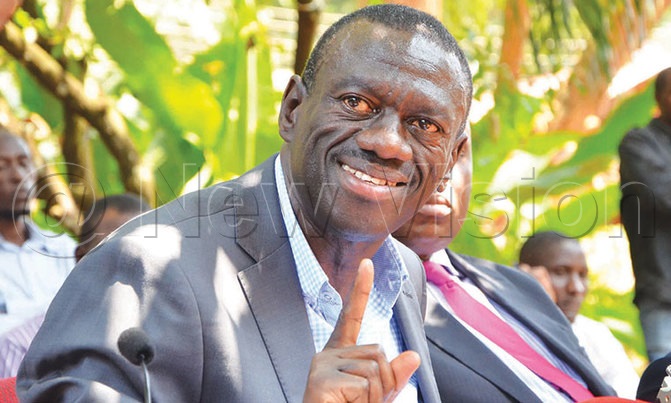 On October 5, justices of the Constitutional Court dismissed Besigye's push, on the premise that he had missed a crucial engagement.

The panel of justices concluded that both his absence and that of his lawyer implied disinterest.

However, the same justices led by Frederick Egonda-Ntende, Thursday (October 22, 2020) reinstated Besigye's case and directed the parties to file written submissions. The justices said the parties will be notified of the date of the judgment.

Besigye, who was present in court was represented by lawyers Ernest Kalibbala and Fredrick Mpanga while Jimmy Odoi was for the state.

Besigye had pleaded with the court to reinstate the petition on October 13, 2020.

In a bid to revive the case, Besigye through his lawyers submitted that the actual engagement was scheduled for October 26 and not October 5.

His lawyer Kalibbala swore an affidavit, saying there is documentary proof that the case road map indicates October 26 as the scheduled date of engagement.

On October 5, the four-time presidential candidate was meant to buttress his complaint about the terrorism laws.

The court was informed that Besigye and his lawyer had been furnished with the mandatory appearance summons but did not turn up in court.

The justices noted that evidence on file showed Besigye's lawyer, Mpanga, had been notified, with an affidavit of service.

Crux of the matter

In the case lodged at the court in 2011, Besigye petitioned against the Attorney General (AG), protesting the legality of Section 26 of Uganda's Penal Code Act.

He contends that the provision conflicted with clauses in the supreme law; the Constitution, as stipulated in Articles 23, 28, 29, and 44.

Section 26 of the Penal Code Act elaborates on the crime of terrorism, its constituents, and the penalty in event of a conviction, which is life imprisonment.

He argues that the terrorism law also dampened the conducive atmosphere to ensure a fair hearing.