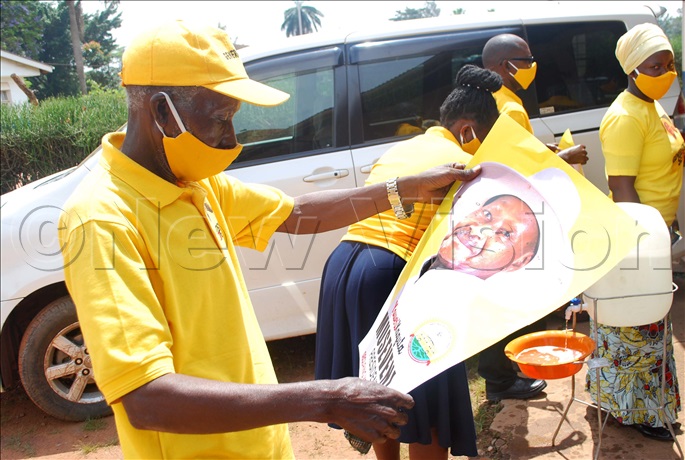 National Resistance Movement (NRM) has launched a monitoring team to help security forces guard votes and the exercise in the coming 2012 general elections.

The team of over 200 people comprises of a Karate team expected to protect party members from being violated by opponents throughout the exercise.

During the launch of the team at Nakivubo Primary School on Thursday, the team showcased their abilities and strength by exhibiting Karate fighting skills on top of breaking cane stems and bricks using fists.

These are expected to operate in Kampala metropolitan area where the party says is the hub of violence during elections.

Norah Namutamba from the office of the NRM chairman, said in some places, NRM candidates are voted highly, but members fail to guard the votes, giving room for rigging.

She said the group will be able to supervise at polling stations to see that there is no rigging and also protect declaration foams to ensure that the right results are tallied.

Hatibu Ramadan, the field commander of the team, said each of the 200 members is tasked to train fifty others in their localities on how to fight against violence, and, also protection of the votes.

"The team is not here to torture or cause violence to Ugandans, but it is tasked to protect the votes by stopping those planning to disrupt elections," he said.