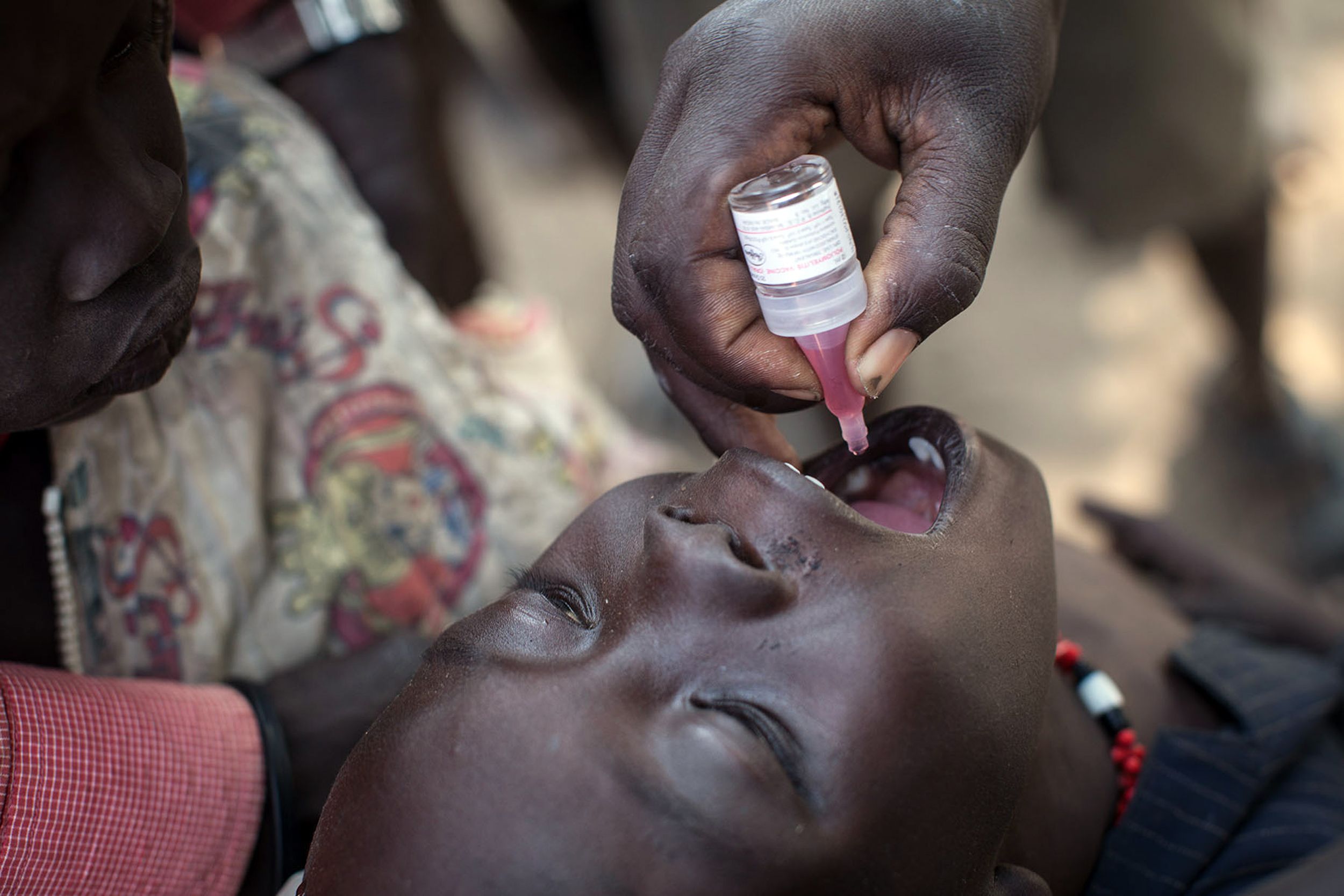 Health officials in South Sudan on Thursday confirmed a new outbreak of polio, just months after declaring the wild version of the deadly virus eradicated in Africa's youngest country.

The health ministry said 15 cases of vaccine-derived polio -- a form of the illness which occurs in rare incidents when the weakened virus in the vaccine mutates -- had been identified in the country's northwest.

"Yes, there is an outbreak of vaccine-derived polio, and the Ministry of Health and its partners are working on it, and I think it is under control," the ministry's director general for preventative health services, Dr John Pasquale Romunu, told reporters.

"It has affected quite a number of counties and states."

On August 25, South Sudan was among four African nations to receive confirmation that wild poliovirus had been eradicated within their borders -- allowing the World Health Organization (WHO) to declare the entire continent free of the crippling disease.

It was just the second time a deadly virus had been declared eradicated in Africa since smallpox 40 years earlier.

But the fanfare was short-lived. Just two days later the UN confirmed that more than a dozen cases of vaccine-derived polio had sprung up in nine states across Sudan.

This version of the disease particularly affects countries with low immunisation rates and poor sanitation where it can transmit through contaminated water or food, health experts say.

The polio vaccine given to children contains a weakened trace of the virus, which passes through faeces and in the right conditions can spread through an under-immunised community, mutating along the way.

Mayien Machut, an undersecretary in South Sudan's health ministry, said the country's status as wild poliovirus free remained in place, but was working with the WHO to bring this vaccine-derived outbreak under control.

"We are going to contain it," he said.

An oral vaccine given to young children has been massively effective against polio around the world.

That includes the intense monitoring of populations and ensuring high vaccination coverage.

Poliomyelitis -- the medical term for polio -- is an acutely infectious and contagious virus which attacks the spinal cord and causes irreversible paralysis in children.