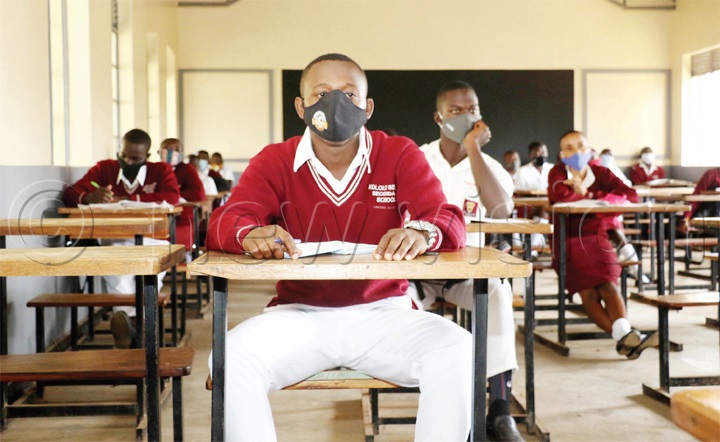 Ismail Mulindwa, the director for basic and secondary education, on Tuesday said they had received reports that private schools were inflating UNEB fees.

"Some selfish directors have become a burden to the parents by charging illegal UNEB fees. If we find any school doing so, its licence will be cancelled and for government schools, the headteachers will be put to task to explain. Such people are frustrating government efforts of making education affordable." Mulindwa said.

He urged parents to alert the ministry about schools that increase fees and ask them to buy masks and sanitisers.

"We are providing two masks per learner. Why are schools asking parents to pay sh50,000 for masks? As a ministry, we recommend soap not sanitiser. This is theft," Mulindwa said.

A parent with children at a secondary school in Nasana, Wakiso district, said that it is not only UNEB fees that have been increased but also other fees. He said his children's school had increased fees from sh800,000 to sh1m per term.

"If I had time, I would have moved my children from a private to a government-aided school because I cannot afford the amount of money they are charging us. I have just been reinstated in my job, but these people think we have a lot of money," the parent said.

"We have found out that some schools are forcing parents with day students to join the boarding section. Others are increasing fees and the majority are asking parents to repay UNEB registration fees, which they paid last term. For government schools, the heads are asking parents to clear last term's fees before they register their children. This is not acceptable," Kirabira said.

Kirabira, however, said there are other charges schools incur which are not considered by UNEB.

"Schools pay for passport photos and identity cards, forms and the album. Some schools do not have centres, if the school uses another school's centre, they transport the students, pay teachers' allowances and feed the candidates. The ministry should find ways of addressing it," Kirabira said.

He urged schools to clearly indicate that these fees are not part of the UNEB fees, but extra charges to cater for other issues.

"Schools should increase fees with a purpose and should show accountability. For the schools that have increased fees, they should follow a procedure that is accepted by the ministry. They should involve parents and the board, if all parties agree then they can increase," Kirabira said.