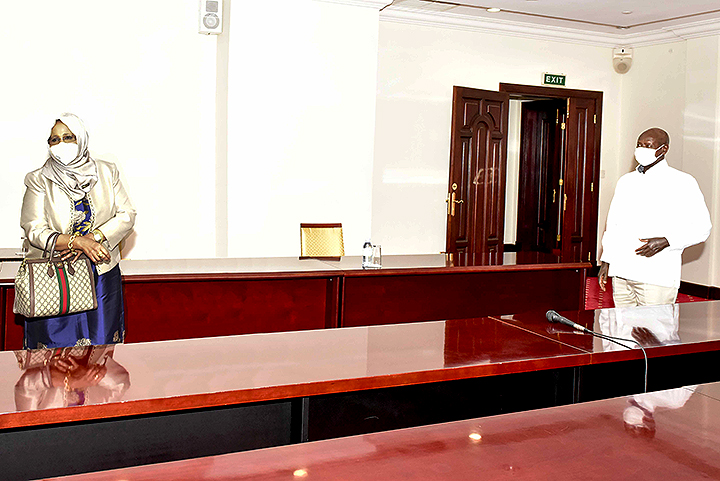 During the meeting, the two leaders discussed issues of mutual interest between their two countries.

The factory is co-owned by Horyal Investments Holding Company Ltd and the government of Uganda. It aims at creating jobs for the youth and opportunities for farmers recovering from the LRA conflict.

Museveni welcomed the First Lady of Somalia to Uganda and said he was happy that she came and also found time to co-officiate at the commissioning of the Atiak Sugar factory established by Somali entrepreneur Dr Amina Hersi Moghe.

The President said the project will explore business opportunities between Uganda and Somalia, noting that goods trucks from the coast that transport goods to Sudan, would now return to the coast with sugar and sugar products.

He called on the people of Somalia to unite and look at a common good of the people instead of focusing on tribes and clans.

"When the NRM came into power in 1986, the country was divided by religion and tribe. Somalia is united in religion but disunited by clans. Let's look at the common good of our people. This factory will boost trade and developments between our nations" he said.