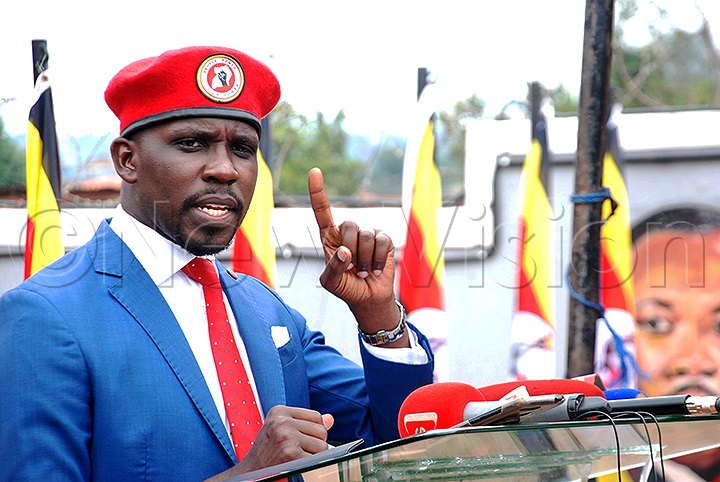 KAMPALA - National Unity Platform (NUP) spokesperson Joel Ssenyonyi has revealed that the party will sue individual security officers over the raid on their party offices.

On Wednesday 7, 2020, a contingent of police, army, the Local Defence Unit personnel and fire brigade raided the NUP offices. The operation was also extended to the city centre where they targeted illegal manufacturers, suppliers, sellers and those that put on uniforms and paraphernalia whose ownership designs were gazetted and is preserved for the armed force.

"Security forces have continuously interrupted our party functions. We have decided to sue individual people who head these operations. NUP is a registered political party just like others," Ssenyonyi said.

He said that party lawyers had set Thursday this week to sue the Kampala Metropolitan police commander, Moses Kafeero Kabugo and Col. Keith Katungi the commander of Military Police, who commanded the joint security operations, that raided NUPs offices.

"We are suing the security officers as individuals but not as police and Uganda Peoples Defense Forces (UPDF) The duo should not hide under the guise of acting on state orders," Ssenyonyi said.

He added that the cases they will open against them include frustrating party activities, trespassing onto the party premises, confiscating of the party attires among others.

"It's a disgrace that the army is not even aware of their attires. Do the berets that we wear have the same insignia as theirs or are the umbrellas that they took also belong to the army," he said.

Ssenyonyi said that out of the 427 MPs they had fronted, 238 were nominated by the Electoral Commission (EC).

Ssenyonyi revealed that their candidates especially the one's upcountry were being denied access to radio stations.

"Where is the free and fairness they talk of in the country yet opposition members are blocked from accessing the media platforms," Ssenyonyi said

He also revealed that Robert Kyagulanyi, the party President will be nominated on November 3, at 11 am.