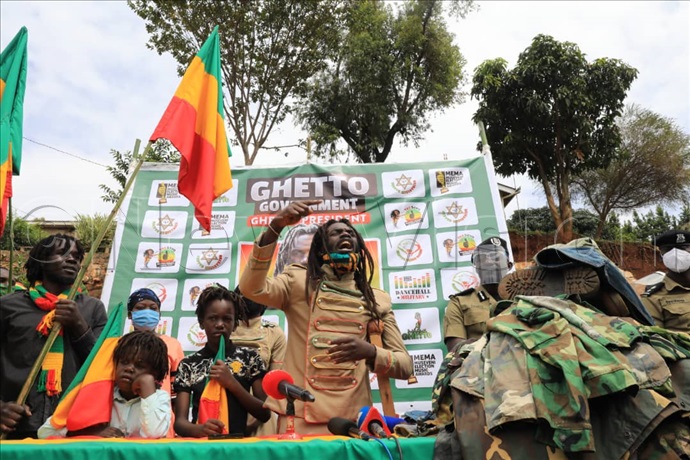 Mark Bugembe aka Buchaman, and also known as ‘Presidential Advisor' has handed over all police and military look-alike uniforms to the police.

Speaking at his residence in Makindye Luwafu, Buchaman said he received ‘orders from above' to handover anything which looked like a military or police uniform and being the ghetto president, he took it upon himself to ask the ghetto people to bring forth all the uniforms.

"I have invited the police, which have been represented by James Ruhweza, the Katwe Regional Police Commander (RPC), to receive all the uniforms.

Buchaman called upon all ghetto residents still in possession of the uniforms, to hand them over to the nearest police stations or desist from wearing them.

"We have introduced an official ghetto attire to replace the military uniforms and whoever is interested should pick them at my residence," he said.