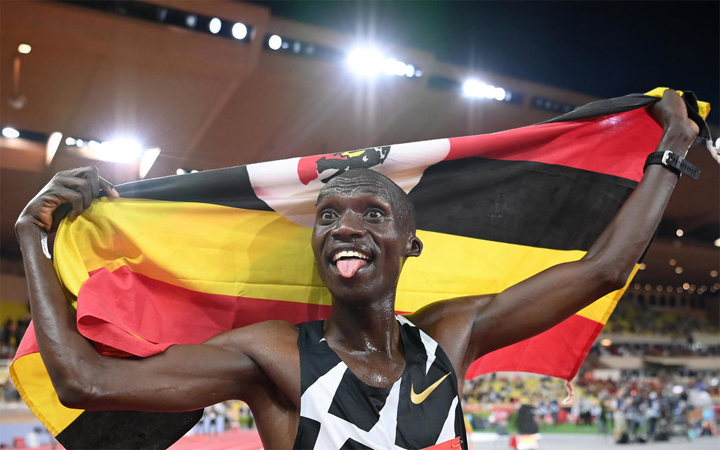 Rest assured the next time he lines out for the hapf-marathon, the outcome will be much different
TOP News STORY
Mon Oct 19 2020 .
The greatness of Joshua Cheptegei

Rest assured the next time he lines out for the hapf-marathon, the outcome will be much different

The news mill may have plenty of ammunition at its disposal but a negative spin on Cheptegei's performance in Gydnia on Saturday would be bad press, period. Cheptegei's fourth-place finish was not a harrowing show.

It was not a victory or a world record, the two things seemingly guaranteed by a Cheptegei appearance these days, but finishing 32 seconds off the winning time on his half-marathon debut, just 10 days after his exerting 10,000m record run in Valencia, cannot be a scandal.

That compatriot Jacob Kiplimo won the race in a new championship record shows just how fast the race was. Kenya's Kibwott Kandie, who finished second with 58:54, came into the race unbeaten in four outings this year.

Cheptegei was equally looking to maintain his unbeaten 2020 record and few expected him to fail but the emotional and physical toll of his 10,000m record-breaking display in Valencia added to what went into setting the 5000m in September proved decisive.

Kiplimo, for instance, had seven weeks of preparation and rest ahead of the Gydnia contest and it showed. For Cheptegei, who holds the 5k and 15k records, Gydnia came a few weeks and the 10,000m record assault too early.

This means that with ideal preparation, Cheptegei would comfortably put himself in contention for a half marathon world title and, naturally, the record.

As good as Cheptegei is in the 15k, 10k, and 5k, stepping up to the half marathon under the circumstances was always going to present immense difficulties for him.

That's why Cheptegei faded from the front pack in the last 6k of Saturday's race, a clear sign of fatigue and debut difficulties.

Rest assured the next time Cheptegei lines out for the same event, the outcome will be much different.

Losing this time might have even been good for Cheptegei, who needs to keep motivated in the face of his incredible conquests.

The rise of Kiplimo, with whom they share what appears to be a cordial relationship, is exactly what Cheptegei, who wants to be the greatest in history, needs. Kiplimo is an immense talent doing much more than Cheptegei managed at his age.

He is, if Cheptegei needs it, reason not to rest on his laurels.