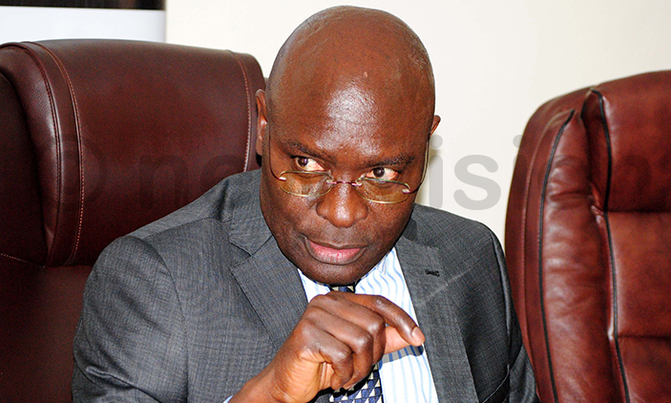 Unlike in the past when the aspirant would be accompanied by many people to show support for them, this time they are allowed only two persons.
TOP News STORY
Thu Oct 15 2020 .
MPs nomination: EC issues tough guidelines

Unlike in the past when the aspirant would be accompanied by many people to show support for them, this time they are allowed only two persons.

Today and tomorrow (Friday) constitute a major episode in the roadmap for the forthcoming general elections as the Electoral Commission (EC) nominates parliamentary candidates.

The EC has issued tough guidelines for nominations, which have to strictly be adhered to by the aspirants.

Unlike in the past when the aspirant would be accompanied by many people to show support for them, this time around the EC has directed that the aspiring candidate shall not be allowed into the nomination venue with more than two persons (the seconder and proposer) who shall be required to wear masks at all times.

The parliamentary aspiring candidates are expected to use only two vehicles for purposes of their nomination. Each vehicle should not carry more than three persons, including the driver.

The aspirants are expected to acquire stickers from the Police, which they will have to put on their vehicles to be allowed into the nomination venues.

All facilities at the nomination venues — tables, chairs, door handles and others — shall be sanitised and/or disinfected regularly to mitigate the spread of COVID-19.

For proper co-ordination, all nominated candidates are advised to submit to the returning officer a copy of their proposed campaign meetings and media campaign programmes.

All political parties and organisations sponsoring candidates are similarly advised to submit to the respective returning officers their broadcast programmes through the Uganda Communications Commission.

All other election officials and the security personnel authorised at the nomination venues shall, at all times, wear the recommended masks and gloves.

Independent candidates must ensure that they have allocated symbols before leaving the nomination venue. This will be done by candidates signing against the selected symbol.

Each parliamentary candidate will be required to have paid sh3m nomination fees and submitted academic papers with a minimum qualification of Senior Six certificate or its equivalent.

Commenting on the guidelines, Crispin Kaheru, an independent election observer, said: "I think these are guidelines in response to COVID-19. But we hope they will not be used by the Police to curtail the citizens' freedom to assemble and associate."

Asked whether the ruling National Resistance Movement (NRM) is okay with the tough guidelines issued by the EC, the party spokesperson, Emmanuel Dombo, said: "I think they are guidelines meant to save lives. That is why as NRM we do not intend to violate them."

Commenting on the guidelines, the National Unity Platform spokesperson, Joel Ssenyonyi, said: "The problem is they usually issue guidelines and apply them selectively. They are telling us, do not gather people at all, but don't be surprised to see NRM candidates gathering people uninterrupted."