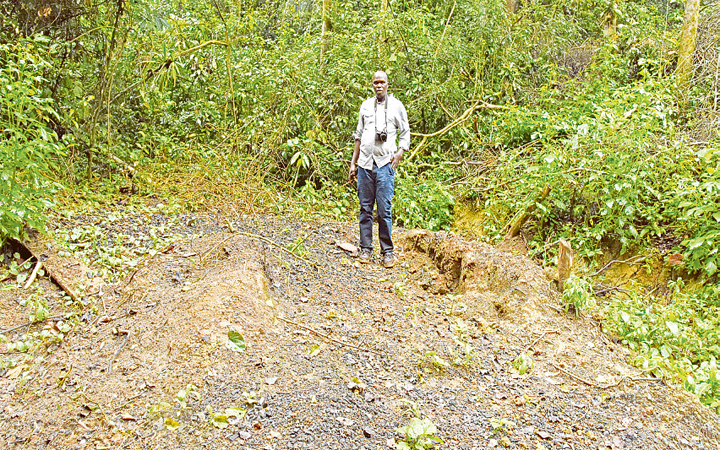 The activists, under the Save Bugoma Forest Campaign 2020, say the forest is being guarded by security personnel who do not allow anybody to access it, including the locals who have been depending on it for firewood.

Bugoma forest, which is a tourism hub and home to about 600 chimpanzees and migratory corridor for large mammals, is currently under threat. This follows a decision by the National Environment Management Authority (NEMA) to clear Hoima Sugar Limited to cultivate sugarcane on 9.24sq.m in Bugoma forest, Kikuube district in western Uganda.

Addressing journalists in Kampala, the activists headed by Dickens Kamugisha of the African Institute for Energy Governance (AFIEGO) said despite different investigations, the sugar company had disregarded concerns of Ugandans calling for protection of the forest reserve.

He said the Police, army and other security organs, instead of protecting the interests of Ugandans who want the forest conserved for the numerous ecological functions, they are protecting those who are destroying the environment.

"It is sad that instead of security forces defending the right of Ugandans to enjoy a clean and healthy environment provided under Article 39 of the Constitution, they are protecting those who are destroying our environment.

"Articles 209 and 212 of the Constitution mandate the Uganda People's Defence Forces (UPDF), the Police and other security agencies to protect the interests of Ugandans and their property as well as respect their rights," Kamugisha said.

He cited the incident where the Police in Hoima arbitrarily arrested journalists who were investigating and exposing those behind the sale of Bugoma forest.

"Late last month, the Police arrested five civil society activists who had gone to Hoima Police Station to follow up on the arrest of the three veteran journalists," he said.

The journalists are Jackson Kasule of BBS TV, Vincent Kisiriko of Radio One and Ismail Kasooha of Vision Group. The activists were from AFIEGO and other CSOs.

The journalists were later granted Police bond while the others were released without even being informed of the charges against them.

Kamugisha said the arrest and detention of Ugandans based on trumped up charges, arresting and releasing others without any charge is an abuse of citizens' rights and freedoms.

"The Government has been spearheading and investing a lot of money in the tree planting campaign.

Now, what is the essence of planting trees yet at the same time let go of the natural forests?" she said.

Howard Tugume, the chairperson of the Association for the Conservation of Bugoma Forest, said the heavy deployment of security personnel within the forest has left the locals in fear.

"We have been benefiting a lot from that forest, but now security has chased us out. We feel deprived of our right to enjoy a natural forest," he said.

• Gazetted as a forest reserve in 1932, Bugoma is a tropical high forest

• Bugoma hosts 600 chimpanzees, endangered bird species such as the Nahan's Francolin and the African grey parrots.

• It is a migratory route for wild animals, including elephants connecting Budongo and Murchison to the north and Kibale as well as Queen Elizabeth to the south.

• It is a catchment for rivers that drain into Lake Albert where oil has been discovered.

Bugoma is expected to provide a sink for waste gases during oil mining. Bugoma is also a rain maker, supporting thousands of farmers who depend on rain-fed agriculture.

• In a campaign code-named Bugoma series, Vision Group highlighted the rich tourism potential of the 41ha Bugoma forest and its role as a catchment for rivers and Lake Albert.